Julia Atwater, Head of Communications B&PS UK&I and co-founder of AtosPride LGBT+ and Allies network has again been recognised for 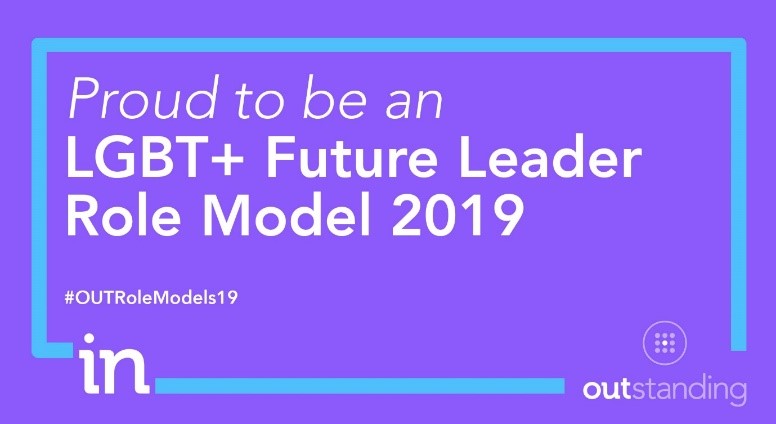 her significant work in advancing LGBT+ inclusion, by being included in this year’s ‘OUTstanding 50 LGBT+ Future Leaders’ List.

Tamsin McCarthy (UK&I Lead for Employee Engagement, Diversity and Inclusion): “Julia deserves to be recognised as an OUTstanding LGBT+ Future Leader Role Model. Julia and the whole of the AtosPride team have been working tirelessly to grow our internal LGBT+ staff network, raise awareness and create an inclusive workplace for everyone. Through Julia’s leadership and guidance, AtosPride is now active in 32 countries and has 1300+ members who are both LGBT+ and allies.”

Founder & CEO of INvolve, Suki Sandhu OBE, says, “We’re delighted to be celebrating another fantastic group of people from across the globe who are collectively driving cultural change and creating workplaces where everyone can succeed. LGBT+ discrimination is still prevalent in a lot of the world’s biggest economies but highlighting the work of successful role models changes people’s perceptions. They demonstrate that you can be successful and out at work, but most importantly inspire the next generation of LGBT+ leaders.”

Julia Atwater (co-chair of AtosPride) “I am very proud to be recognised and it is humbling to be alongside such inspiring LGBT+ role models in business. The journey to full LGBT+ equality worldwide is ongoing, but this list shows we can all make a small difference in our local communities by being out and proud in the workplace.”