The data-ization and connection of all things alongside a massive rise in computing power is making AI a reality now; turning data into valuable insights and creating tremendous opportunities for business.

Because data is so critical it must be protected, regulated and efficiently processed. As the European leader in Cloud, Big Data and High Performance Computing, Atos brings the necessary expertise and technology solutions to make AI a reality for your business.

Everything is a connected device producing Data

Structured and
unstructured
data are
unified as
Knowledge

Watch : AI is showing its intelligence

Worldwide spending on AI and cognitive systems in 2021 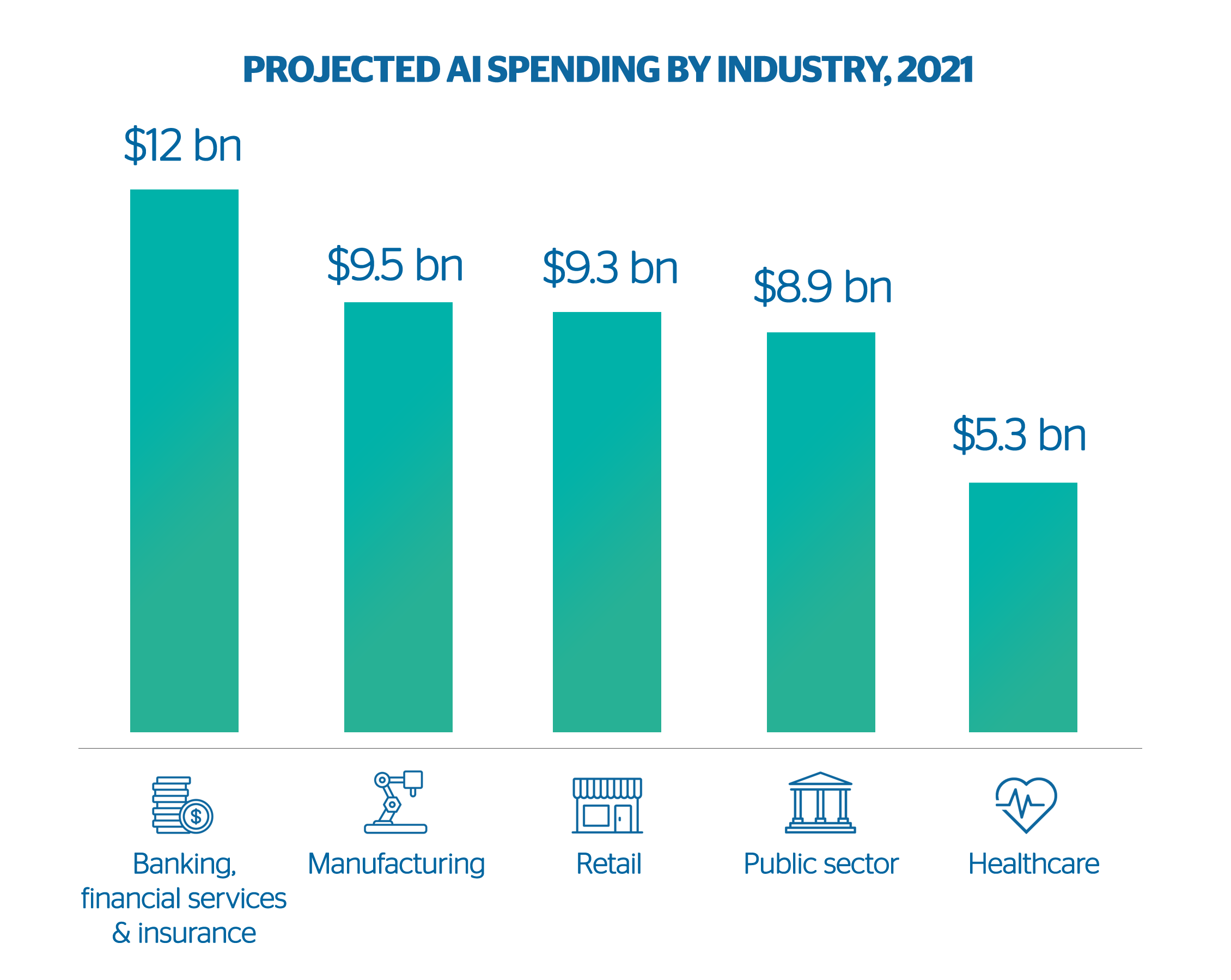 Worldwide spending on artificial intelligence is expected to reach €40 billion in 2020.

Human-centric industries, such as financial services, retail and healthcare are expected to be the biggest spenders, closely followed by asset-intensive industries manufacturing, energy & utility, transport etc.

of new enterprise applications implemented by service providers will include smart machine technologies by 2021
(Source : Gartner)

of all business analytics software will include prescriptive analytics build on cognitive computing functionality by 2020
(Source : IDC) 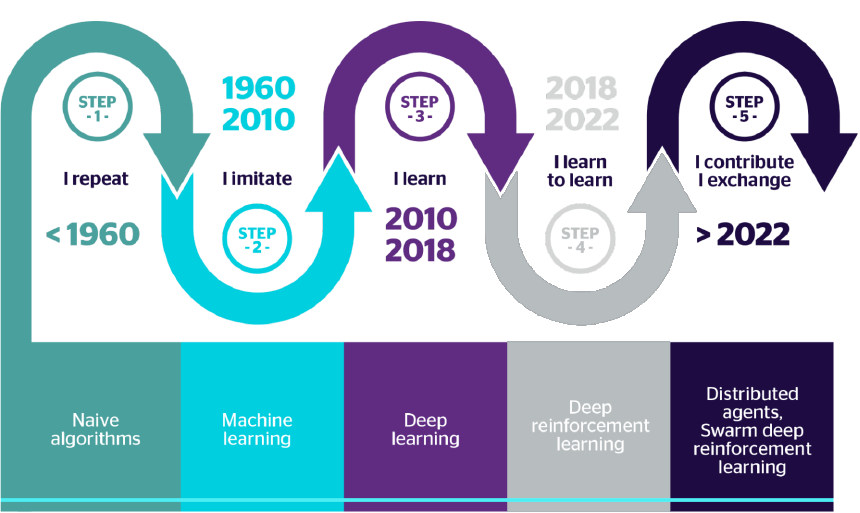 A brief history of artificial intelligence

Computers could only execute commands they couldn’t store them or “remember” them.

In 1950 English Mathematician Alan Turing published a paper entitled “Computing Machinery and Intelligence” posing the question, “Can machines think?” within it he devised the Turing Test, or “Imitation Game”, which was a simple test that could be used to prove that machines could think.

In 1956 The term artificial intelligence was first coined by John McCarthy when he held an academic conference on the subject.

In 1959 Arthur Samuel coins the term “machine learning,” saying one day a computer will be able to beat a person at chess. It was Claude Shannon who first wrote a paper about developing a chess playing program.

Machine learning enables computers to act and make data-driven decisions rather than being explicitly programmed to carry out a certain task.

In 1965 Joseph Weizenbaum develops ELIZA, an interactive program that is able to have a dialogue on any subject.

In 1986 Mercedes-Benz builds the first driverless car at Bundeswehr University in Munich under the direction of Ernst Dickmanns.

In 1997 Deep Blue (IBM) challenged and defeated the then world chess champion Gary Kasparov. The machine uses power to examine thousands of moves using a min-max search algorithm. It wasn’t a decisive victory but with machines continually increasing in power, many feel the match was just a taste of things to come.

Computing power caught up to need, allowing computers to learn unsupervised from data that is unstructured or unlabelled, recognize objects and translate speech in real-time.

In 2014 Chatbot Eugene Goostman is said to have passed the Turing Test at Reading University.

Today “I learn to learn” algorithms allow us to create ever smarter machines, even ones that can learn by themselves.

The next generation “I contribute, I exchange” algorithms will make distributed AIs cooperating a reality. They’re already there in the most advanced research labs.

What do you need to make AI work for you ?

From cybersecurity to industrial uses, AI is bound to change our lives and the way we do business – but how do you make it work for you ?

With the exponential growth in the volume of data, artificial intelligence becomes both an opportunity and a necessity. Our position paper provides you with insights and case studies to understand AI, find out how it can create value for your business and identify the risks.

How Atos is putting AI to work

From governments to large companies, from customer service to production lines, we are working with a variety of clients to implement AI solutions where they create value.

Our leadership in Cloud technology, Cybersecurity and High-performance computing, along with our partnerships with major AI companies, help us provide our clients with the resources, expertise and support they need. 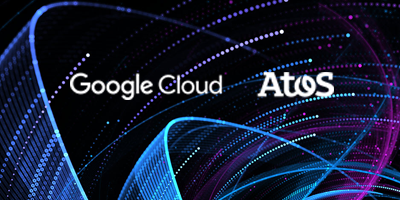 A global partnership between Atos and Google

Atos AI Labs in Dallas, Frankfurt, Paris and London offer an opportunity for customers to understand the potential of Artificial Intelligence in their business. Discover the view of IDC analysts after their recent visit. 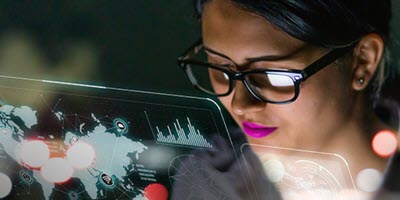 Financial Services businesses are data businesses whose future competitive advantage will depend on their ability to understand and apply it in new ways. 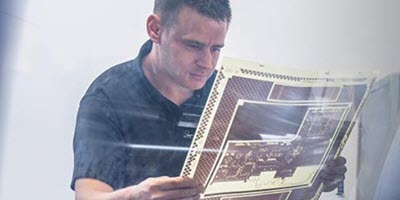 With the integration of AI capabilities of Automation technologies combined into one Atos Canopy Cloud platform, Atos is advancing and converging Automation.

Most organizations across industries have been on overdrive to push digital transformation targeting savings, increasing revenue, or improving quality and reliability. A few common industry challenges…

We are experiencing unprecedented times in almost any country due to the COVID-19 outbreak. Our lives have changed dramatically. When…

Beyond the crisis: Our future is now - are you ready?

To the question what will the world look like after the COVID-19 crisis, we’d say there is only one thing…

What can AI do for you ?