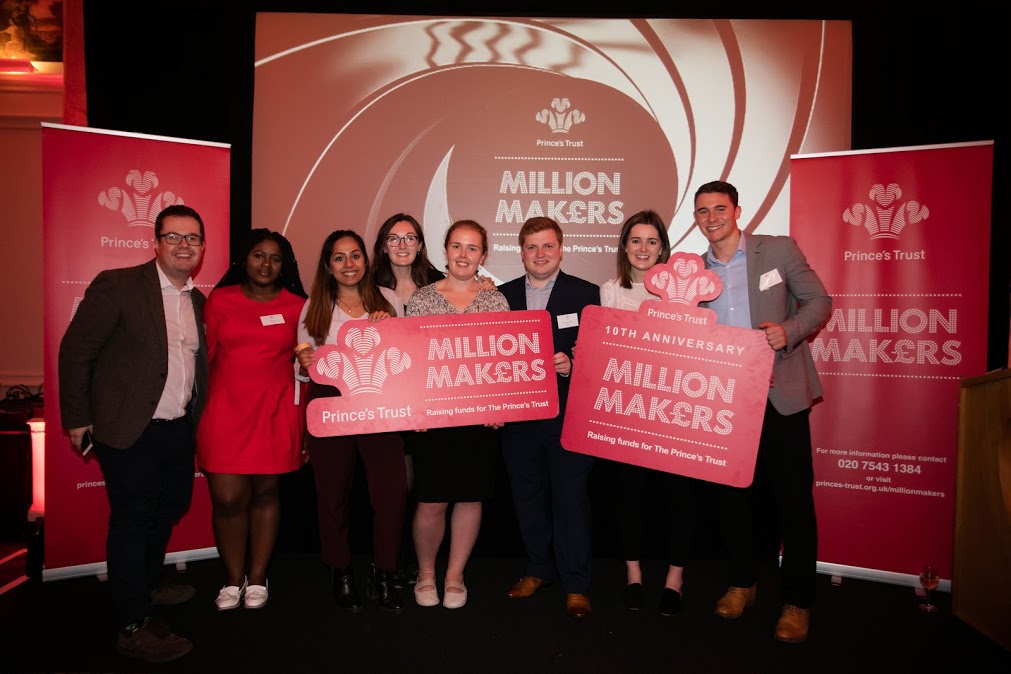 The 2018 Million Makers, Team Evolve, have successfully raised a fantastic total of £307,276.82, the biggest amount raised so far by Atos for The Prince’s Trust!

The team kicked off their fundraising challenge in May 2018, organising successful events throughout the year. This included hosting the first Comedy Night show in London, participating in the third 'IT on the High Seas' regatta and introducing the first Atos Charity Golf Day at Turnberry in Scotland.

On Monday 11 February, the team were awarded third place in the South East and East region, Million Makers regional finals competition. Congratulations to Kieran Bolko, Chair of Team Evolve, who was rewarded ‘Outstanding Individual Award’. Kieran was one of two winners within the region, nominated by his peers in the team and Atos mentors due to his brilliant teamwork, dedication and leadership skills.

Regional winners are invited to the national Million Makers final which takes place in March alongside the prestigious Prince's Trust Awards.

The national competition for the Million Makers 2018 teams will be announced on Wednesday 13 March – look out for further news on Team Evolve results!

Adrian Gregory, SEVP and CEO Atos UK&I, and Million Makers Committee Chair, said: “I am extremely proud of what Team Evolve have achieved throughout 2018, not only by breaking the Atos - Million Makers record but also in helping to raise significant funds for The Prince’s Trust. The money raised makes a real difference to the lives of young people, with every pound going towards helping them turn their lives around and achieving their aspirations. Thank you to everyone who supported the 2018 events and to everyone who has donated to The Prince’s Trust. Well done Team Evolve and I look forward to seeing what 2019’s team will achieve.”

Kieran Bolko, said: “It has been an honour to chair Team Evolve and support The Prince’s Trust in this capacity – every member of the team worked incredibly hard while showing great passion and dedication. We are proud that the money we have raised is going to change the lives of so many young people in the UK. A huge thank you to everyone that donated to the cause and supported us throughout the campaign.”

Million Makers is a dragons’ den style fundraising challenge which sees teams of employees, from companies across the UK, competing to raise funds over a period of six months.

The next Atos Million Makers 2019 team will kick-off their 2019 fundraising plan in the spring to raise funds from July to December. Find out more about how we support The Prince’s Trust.