Our UK & Ireland HQ had a slightly different feel on Tuesday 6 November, as the Million Makers team dressed it with a roulette and poker tables, fit for Monte Carlo, for their Casino Night. The evening was held to raise money towards their fundraising campaign for The Prince’s Trust. 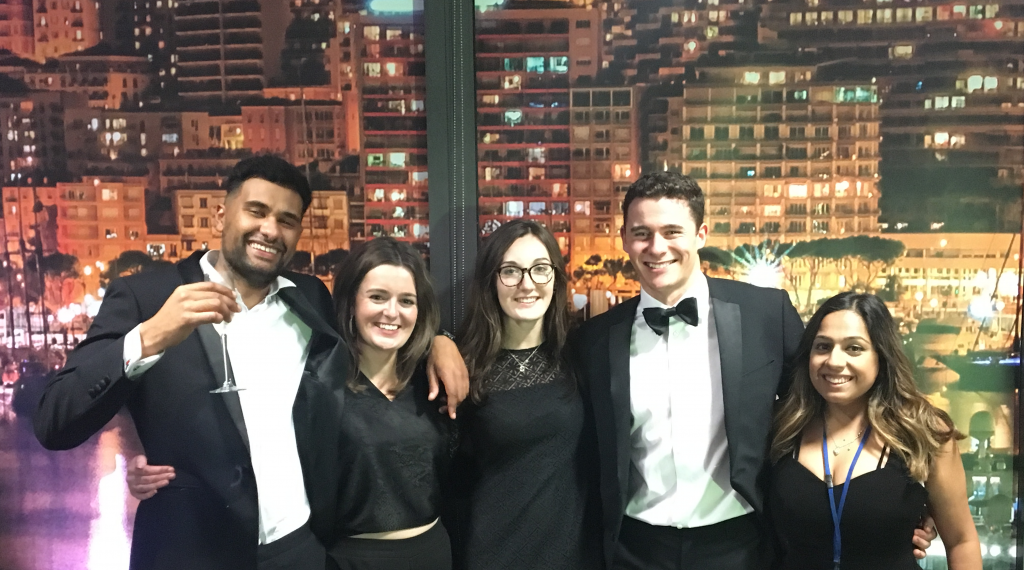 On the evening we were joined by partners, suppliers and colleagues who were armed with ‘fun’ money and took to the tables to play. With prizes up for grabs, a photo booth and entertainment, the night was a huge success. Thanks to the guests’ generosity, the team raised a fantastic amount for The Prince’s Trust.

Philip Chalmers, Senior Vice President Sales and Marketing UK&I, commented on the evening: “Thanks to everyone who put together the Million Makers casino night for The Prince’s Trust. There was a great turnout, and good representation from customers and suppliers. Definitely the most glamorous night in our London headquarter’s calendar!”

The Million Makers team is next set to host a Gala dinner at The Dorchester hotel, London, on Thursday 22nd November 2018. This event will be key to Atos’ fundraising efforts for the Million Makers competition.

Team Evolve would like to thank everyone who has continued to support their efforts since the competition started. Find out more about the Million Makers fundraising efforts for The Prince’s Trust.