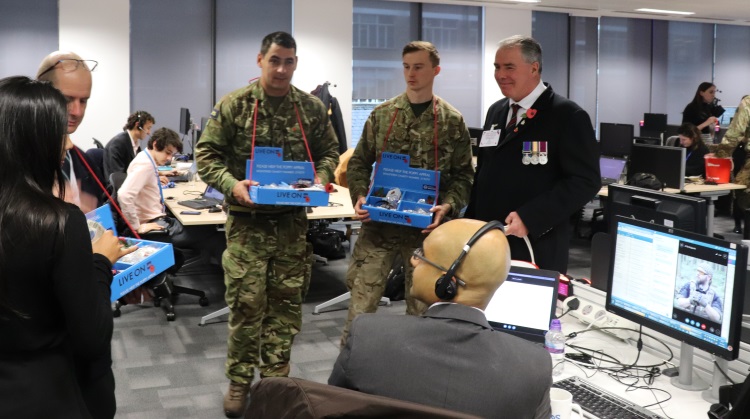 The Royal British Legion’s London Poppy Day took place on 1 November, in one of the largest one-day street collections of its kind. Hundreds of uniformed personnel from the Royal Navy, Army, Royal Air Force and veterans took part including our very own Armed Forces Network Atos volunteers who were stationed at three London underground stations and called in to our UK & Ireland headquarters too.

Executive Sponsor for the Armed Forces Network Gavin Thomson, Senior Vice President, Big Data & Security, Scotland, Ireland and Wales said: “London Poppy Day is a fabulous opportunity for members of the Armed Forces Network to support the men and women who serve, and who have served in our Armed Forces. Everyone who takes part is always humbled by the support and generosity the British public show towards the forces through donation to the Royal British Legion. Congratulations and a huge thank you to our 18 Atos volunteers who took part and raised such an overwhelming amount.”

Find out more about the Armed Forces Network.