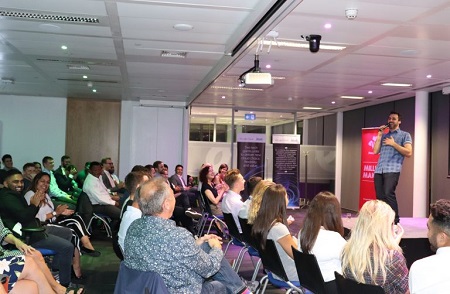 The charity event received a great reaction from the crowd as they got to see some award-winning comedians perform, some of which were fresh from the Edinburgh Fringe Festival and a few who have also performed at Live at the Apollo, such as Joe Bur, Gordon Southern (MC), Patrick Monahan and Jenny Collier.

A great turnout of employees with their friends and family helped raise a healthy total from the event which will help the Prince’s Trust transform the lives of disadvantaged young people.

Adrian Gregory, CEO UK&I and Million Makers Committee Chair, said: “Well done to the Million Makers team for hosting this new event successfully and raising a fantastic amount of money for The Prince’s Trust. Many thanks to everyone who took part in this Comedy Night in support of our Million Makers fundraising commitment.”

Find out more about how we support The Prince’s Trust.