Atos named as one of UK’s Best Employers for Race 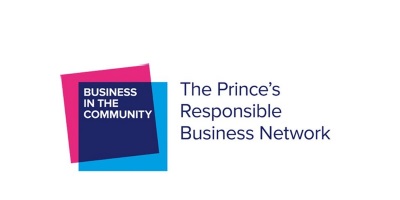 Business in the Community listing now in its second year

Atos has been recognised for its leadership on race equality and inclusion in the workplace by being included in Business in the Community’s Best Employers for Race listing, published today (30 October 2018).

Atos is one of 70 employers included in the 2018 listing, which recognises good practice on workplace race equality and inclusion and celebrates the public and private sector organisations making a difference in this area. The listing is unranked and is published in alphabetical order, and the successful organisations will be celebrated at an event in London this afternoon.

To be considered for the listing, employers must demonstrate that they are putting leadership on race in place within their organisation, creating inclusive workplace cultures and taking action on leadership, progression and/or recruitment. They must also show how their policies are positively impacting Black, Asian and Minority Ethnic (BAME) employees within their organisations.

For Atos this has involved developing and deepening the good work of its Together Network which actively encourages diversity and celebrating different cultures in a working environment that is open, welcoming and inclusive for all. Among its various activities in support of this aim, the Network works with the business to ensure that its recruitment, training, development and reward schemes and processes are fair and consistent.

Kulveer Ranger, Executive sponsor of the Atos Together Network and VP Strategy & Communications, UK & I, said: “Creating and promoting a diverse workforce and inclusive culture is essential as not only is it the right thing to do – it also makes sense from a business perspective. Building a workplace environment that is all-inclusive and allows our people to unleash their full potential ensures that Atos has the best chance of retaining and attracting talent.”

Sandra Kerr OBE, race equality director at Business in the Community, said: “Congratulations to Atos on being named in the Best Employers for Race 2018 listing. They have demonstrated their leadership and commitment to creating fair, diverse and inclusive workplaces that work for all employees, including those from BAME backgrounds. In a rapidly changing global business environment, it’s vital that organisations make the most of all the diverse talent available to them to successfully compete, and Atos is doing just that. I hope more employers will learn from their example, seize the moment to act on workplace race equality and following the example set out by the leading employers in this listing by signing up for Race at Work Charter launched earlier this month.”

Business in the Community’s Best Employers for Race listing was first piloted in 2017 following a recommendation from the Government-backed McGregor-Smith Review of race in the workplace. The listing aims to ‘identify the best employers in terms of diversity’ and showcase organisations that are leading on workplace race equality. The Best Employers for Race listing also acts as the entry process for the Business in the Community Race Equality Awards, which are now in their 12th year.

The full list of Best Employers for Race and Race Equality Awards Winners and Highly Commended organisations are available via the Business in the Community Awards page.