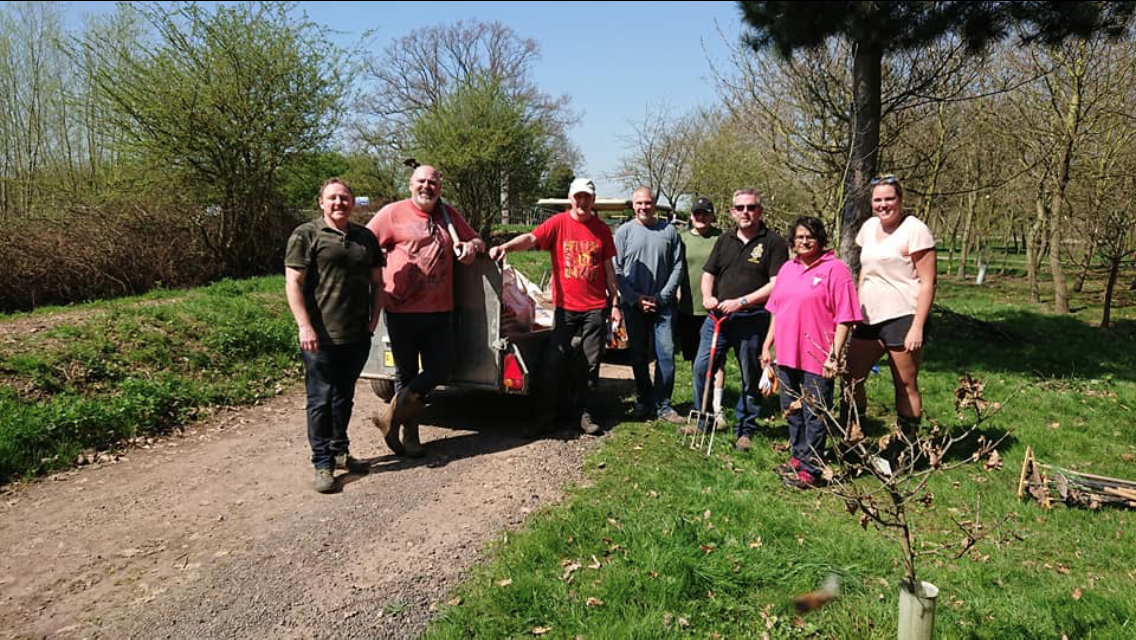 This Spring, members of Atos’ Armed Forces Network (AFN) pulled on their gardening attire for our annual volunteering visit to the National Memorial Arboretum (NMA), to help their grounds staff recover and revitalise the NMA winter garden. On one of the hottest days of the year, the team worked hard clearing leaves, cuttings, and drainage ditches – resulting in the removal of 38 one tonne bags of garden waste.

During a well-earned break the team attended the 11am Remembrance service held in the NMA chapel followed by a walk in the beautiful Arboretum grounds. The team also had time to reflect and remember their former armed forces friends and comrades who paid the ultimate price serving the country during recent conflicts and whose names are inscribed on the memorials.

Al Craig, Executive Security Consultant & Engagement Manager said: “Having been given the opportunity to represent Atos as a member of the Armed Forces Network was indeed an honour and one that I hope many others will be able to take part in, in the future.”

Jason Humphreys, NMA said: “I think it’s fair to say that the grounds only look as good as they do because of the contribution that groups like Atos make, and so those efforts are much appreciated.”