Decarbonization and the ‘race to Exascale’

The challenges of climate change – together with those in other domains – can be met with the help of the next generation of exascale supercomputers. Exascale is a milestone in computing that refers to systems with such power that they can perform a quintillion (a billion billion) calculations per second. But with sustainability high on almost everyone’s agenda, will supercomputers ever really fit with low-carbon ambitions? After all, scale means you’re going to have more servers, nodes, network and storage, each requiring more energy… doesn’t it?

With the finishing line of the ‘race to Exascale’ in sight, the reality is that high-performance computing can help to radically cut both costs and emissions. 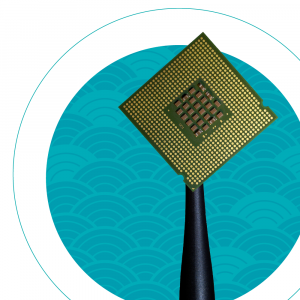 Supercomputers also get super-hot: keeping them cool will require inordinately large amounts of electricity, meaning you can use as much power cooling a system as you do running it; every megawatt amounts to an average of one million euros a year.

If that thought is making you sweat, Atos has taken the heat off. Its liquid cooling uses warm water – up to 40°C – to keep systems up and running at the right temperature. Liquid cooling is now a very mature technology that can be deployed in a very large configuration in a very efficient way. Without it, Exascale couldn’t realistically be applied to everyday uses in healthcare, defence, maintenance, transport – and virtually every industry you can think of.

Grasping the merging and converging

Understanding how technologies such as artificial intelligence (AI) and the cloud are evolving is particularly critical. Why? Because they are starting to merge (and converge) with supercomputing technologies.

Firstly, bringing HPC and AI together means problems can be solved more sustainably. Solving a supercomputing problem can take months of processing numerical simulations. Bring in AI to solve part of the problem for you in the first instance before running the numerical simulation, making it much faster whilst using less energy. This new approach also gives the means to handle problems that were previously out of reach.

Secondly, merge HPC and the cloud to compute some problems at the right place for the right usage and it will help with sustainability, too.

How close is the finishing line? 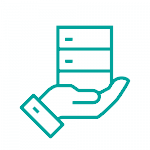 Before discussing the timeline, we have to acknowledge that Exascale is a moving target, meaning that once you’ve solved one step, the next one comes along. Currently, the systems in the field are what is known at a European level as ‘pre-Exascale.’ From a European perspective, there is a series of calls under EuroHPC for the procurement and operation of three pre-Exascale systems, which were to be installed toward the end of 2020.

But Exascale systems that are 10x or even 100x more powerful than the Petascale systems we have today still have to be developed. This is the next milestone for HPC, and we know that Exascale will eventually arrive. In the meantime, the key is to focus on developing technology for real applications in the real world, where reducing power consumption is essential for a sustainable future.