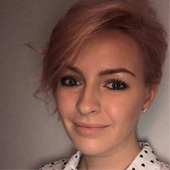 My apprentice job summed up

As an apprentice I joined the Security Operations Centre (SOC) with a team of security operations analysts, utilising a range of tools to monitor customer networks for malware and intrusion attempts and conducting investigation when required. I also created detailed operations guides for each account we worked on within the SOC which were used for training new team members.

I was promoted to SOC Cyber Security Specialist and became more involved with assisting the SOC Manager in leading the analysts and more involved in the accounts and work that comes into the SOC.

What impact do you feel you had during your apprenticeship?

I got involved with a range of activities outside my core role. I presented on the importance of cyber security and the benefits of apprenticeships to Members of Parliament. I was also chosen to lead a Career Development project where we implemented a mentoring scheme and a job rotation programme, as well as a career development framework for the whole of the UK Cyber Security team, to support continued career growth for our teams.

I also organised a charity barbecue, quiz and obstacle course for Armed Forces Day to raise money for Help for Heroes and Atos has since gone on to achieve the Gold Award for work done in support of the Armed Forces Covenant.

What did you learn during your apprenticeship?

I learned a lot through my apprenticeship, starting with an intense 12 weeks of training where I learnt the fundamentals of cyber security and gained some valuable technical skills. As part of the apprenticeship I researched and prepared assessment papers on a range of topics including: Risk Assessments, Architecture, Forensics, Networking and Security Testing to achieve a Diploma for Information Security Professionals.

There were lots of opportunities for continuous learning as part of the Cyber Academy where different training courses are run throughout the year. I attended courses on Digital Forensics and Cyber Threats and Vulnerabilities. I was also able to study for and attain professional certifications: ITIL and SSCP so I am now a Systems Security Certified Practitioner.

What are you doing now?

During the End of Apprenticeship Awards Ceremony, I received the award for Operational Excellence and have since been promoted to Security Operations Supervisor, now supervising a team of 20+ Security Operations Analysts within the SOC including current Apprentices and Graduates and those who have come through and completed the Apprenticeship programme. I am involved with the onboarding of new services and assisting with security escalations and incidents through to successful resolution.

At the last Apprentice Assessment Centre, I was asked to be an Assessor so I had the opportunity to be on the other side and assess and conduct the interviews for applicants looking to become Apprentice Cyber Security Analysts and assisted in selecting and hiring the successful candidates. Now I support the Apprentices and the Cyber Academy Tutors during the Cyber Security Apprenticeship training.

Have you continued studying since your apprenticeship?

I have always been passionate about continuous learning and since completing my Apprenticeship I have continued attending the Cyber Academy courses including: The Cyber OSINT (Open Source Intelligence) and Dark Web Bootcamp. Recently I have started a GCHQ certified Master’s Degree, studying for an MSc in Advanced Security and Digital Forensics with Edinburgh Napier University as a Part-Time Distance Learner. I was also awarded a Cisco Global Cybersecurity Scholarship which I am due to start soon that will lead to professional certifications and help to develop my knowledge and career.

It's time to start your journey with Atos ?

How to succeed with your application