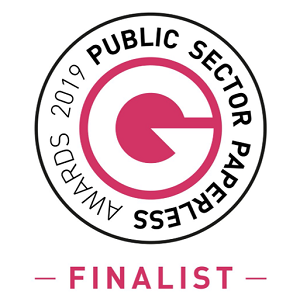 The ‘Her Majesty’s Court and Tribunal Service (HMCTS) Robotic Process Automation (RPA)’ Team has received a nomination as part of the Public Sector Paperless Awards, under the category ‘RPA & AI Project of the Year’.

The team were put forward for this award due to the RPA service that has been stood up for HMCTS, and the benefits that the solution has provided into several business units. Acting as an accelerator to support the Ministry of Justice’s billion-pound digital reform programme, automation has allowed the potential for HMCTS to deploy fully digital end-to-end services for citizens interfacing with the justice system.

Sudhir, Senior Business Analyst at Atos, said: “It has been a fantastic team effort in getting this far; with our consultants leading the way with the Centre of Excellence approach for an initially sceptical client. Automation has still some ways to go before becoming truly pervasive at MoJ, however this sort of industry recognition can only assist in that future client end goal.”