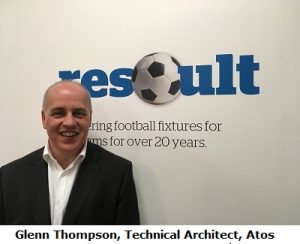 Atos UK & Ireland is responsible for working with the Premier League to arrange when teams will meet, a role it has performed every year since the League was created in 1992. With its huge global audience, millions across the globe will scrutinise the fixtures, excited to know when their team’s key games will occur ahead of the new season starting 11 August.

The key role the company plays in delivering the fixtures is a source of pride as Adrian Gregory, CEO, Atos UK & Ireland explains: “As a fan myself I know the real sense of anticipation this day brings and we at Atos are deeply proud of our involvement of working with the Premier League to produce the Premier League fixture list.

“Of course, this year coincides with the first day of the FIFA 2018 World Cup and so we wish England, as the only home nation taking part, the very best of luck. For this one day however, the spotlight will be shared with fans from Southampton to Newcastle and far beyond who are keen to get the first glimpse of how next season will unfold for their team” adds Adrian.

Glenn Thompson, Technical Architect at Atos, directly supports the Premier League in generating the fixtures using a special programme: “I was first involved in arranging the fixtures in 1992 and since then advances in technology have enabled more complex elements to be considered such as authorities’ and clubs’ specific requirements as well as policing and travel implications. This results in a huge amount of data to help create the final schedule.”

The 2018–19 Premier League will be the 27th season of the Premier League. The fixture list announced today can be found at http://www.premierleague.com. 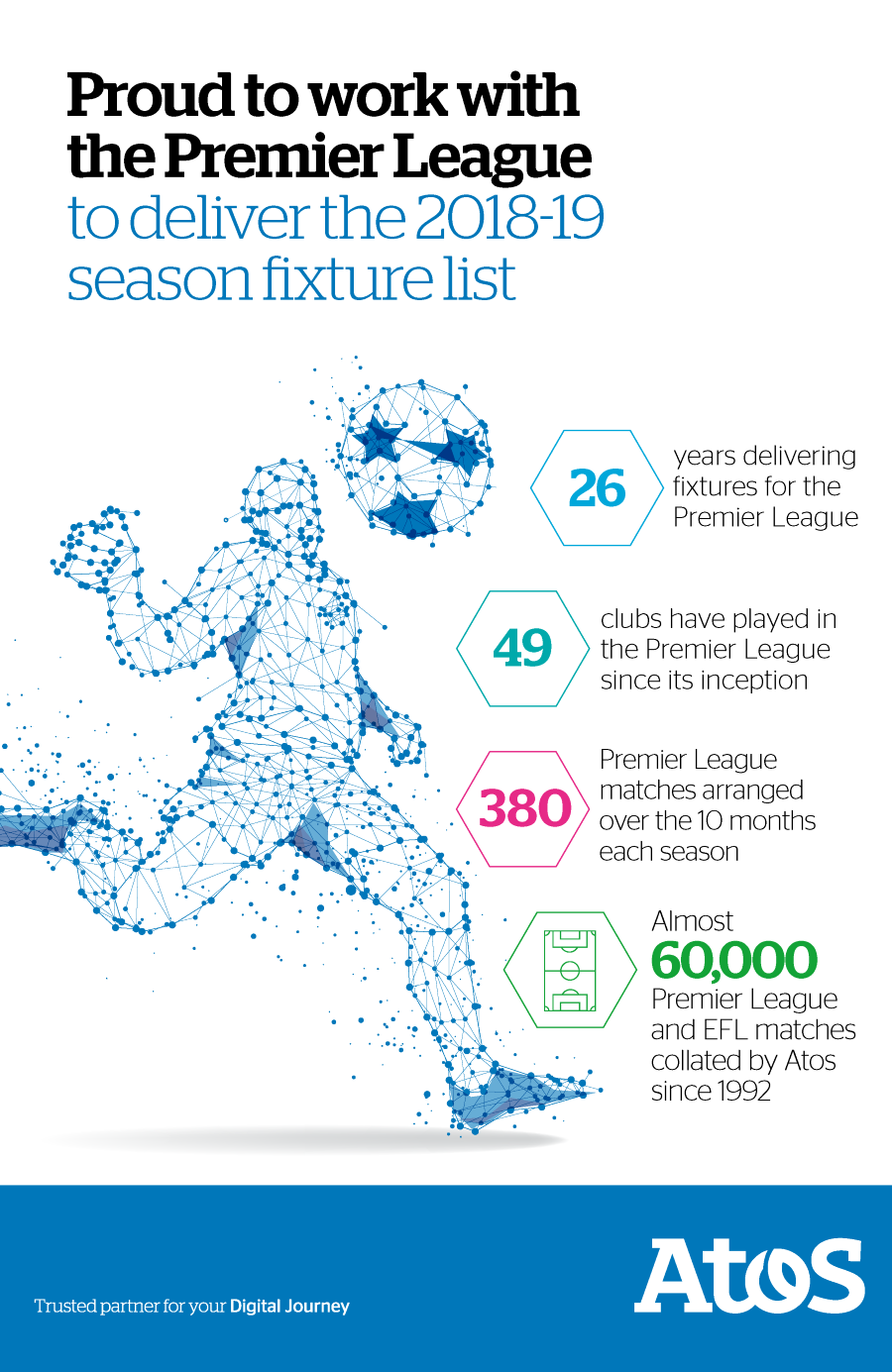 Atos is a global leader in digital transformation with approximately 100,000 employees in 73 countries and annual revenue of around € 12 billion. European number one in Big Data, Cybersecurity, High Performance Computing and Digital Workplace, the Group provides Cloud services, Infrastructure & Data Management, Business & Platform solutions, as well as transactional services through Worldline, the European leader in the payment industry. In the UK & Ireland around 10,000 employees deliver business technology solutions for some of the country’s largest public and private sector organisations. With its cutting-edge technologies, digital expertise and industry knowledge, Atos supports the digital transformation of its clients across various business sectors: Defense, Financial Services, Health, Manufacturing, Media, Energy & Utilities, Public sector, Retail, Telecommunications and Transportation. The Group is the Worldwide Information Technology Partner for the Olympic & Paralympic Games and operates under the brands Atos, Atos Consulting, Atos Worldgrid, Bull, Canopy, Unify and Worldline. Atos SE (Societas Europaea) is listed on the CAC40 Paris stock index.