Quantum Computing: How Soon Will It Become a Mainstream Reality?

When will quantum computing become a mainstream reality? Pose this question to technologists and you’re likely to get a wide range of opinions ranging anywhere from the next few years, to the next decade, to several decades. No one can say for certain, although the fact quantum computing is now widely accessible as an integral part of leading cloud offerings is a promising development in and of itself.

At Atos, we hold a cautiously optimistic outlook regarding the near-term potential of this revolutionary advancement. In looking at the future of quantum computing, here are our predictions for what the next several years hold: 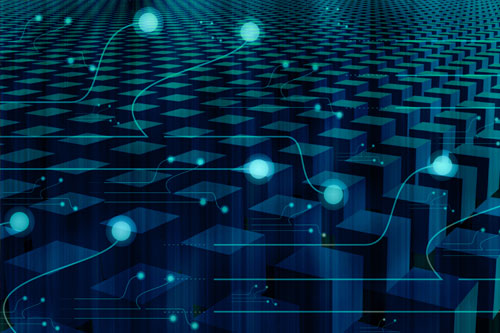 We believe the supporting technologies for quantum computing – namely security, networking and storage – along with human development skills just aren’t there yet. Security is a foremost concern. Cybersecurity researchers and analysts remain understandably concerned that quantum computers can break modern cryptography, rocking current security protocols that protect government and financial systems. As of today, this threat is hypothetical, as existing quantum computers are not capable of breaking any commonly used encryption methods. However, with the technology advancing so quickly, the threat is very real, and much work needs to be done in developing quantum-proof cryptographic methods. “Quite simply, we must develop and deploy a suite of quantum-safe cryptographic tools before quantum computers arrive,” says Geoff Woollacott, Senior Strategy Consultant and Principal Analyst, Technology Business Research (TBR).

Leading companies like AT&T are working hard to address these challenges, collaborating with academia and government bodies in an attempt to construct a quantum network.

All of this is not to say that organizations aren’t or shouldn’t be experimenting with quantum now.

Over the next two to five years, we’ll see organizations using quantum selectively alongside classical computers in a hybrid arrangement, with quantum taking over certain particularly compute-intensive tasks and then reporting findings back to classical computers to integrate into their existing operations.

“Organizations shouldn’t concern themselves with quantum supremacy; rather, they should focus on economic advantage,” says TBR Analyst Stephanie Long. “It is not necessary for quantum computing to reign supreme across the IT space in order for value to be abstracted from the technology. It is also not necessary for quantum computing to take the place of classical computers in order to begin realizing value now.”

We’ll see extensive collaborations in this space, involving both major players and startups 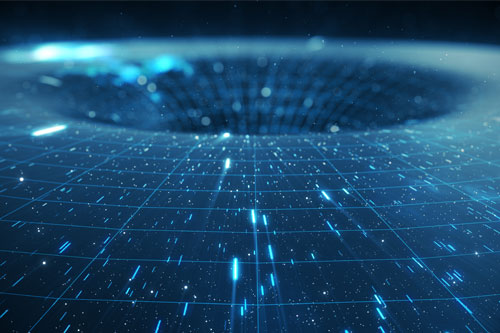 A strong spirit of collaboration is a hallmark of the quantum research community, and there have been numerous examples of quantum researchers working together, even as these researchers are associated with rival commercial organizations. Besides seeing major joint collaborations between the big players, we’ll see these behemoths teaming up with smaller companies to tackle quantum-related challenges. One example is Google’s recent collaboration with D-Wave to develop the “D-Wave Two” quantum computer. Other examples include IBM’s partnerships with several start-ups in an effort to broaden access to quantum computing.

Such collaborations are evidence of the current pre-competitive nature of the field. “We have seen the vendors very committed to working together to hit milestones,” continues Long. Because of this, the supporting technology ecosystem needed to bring quantum computing further into the mainstream will not be developed by a single company or research lab—nor will it happen overnight. The potential for financial reward further downstream is certainly a motivator, but for the next few years, a shared desire to develop the technology will be the foremost goal, paving the way for a robust community ecosystem. 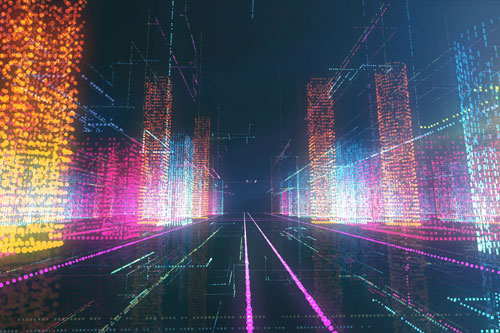 In 2020 and beyond, we’ll see organizations across numerous industries – for example, smart grid, driverless cars, financial trading, supply chain and logistics and chemical research – set up small exploratory teams to determine how to code for quantum and develop algorithms. When the quantum infrastructure is finally ready, these enterprises will be that much further down their paths to implementation. The advances made possible by quantum are going to be so great that organizations lacking this kind of head start will find themselves at a distinct disadvantage.

“Think of a financial services firm that develops a trading algorithm that dramatically broadens the number of market variables that can be analyzed. The more variables you can analyze, the better your predictions and outcomes are going to be,” says Woollacott. “It is companies with this kind of head start that are going to have a strong advantage, even if quantum computing infrastructure isn’t ready for another 10 years.”

Small companies looking to develop quantum algorithms are getting in the game and have a variety of tools already at their disposal, including the Q# (Q-sharp) programming language for quantum algorithms. Q# is designed to be used for writing code that executes on an adjunct quantum processor, under the control of a classical host program and computer. As another example, in late 2018, D-Wave launched Leap, the first real-time quantum application environment providing remote access to a quantum computer. DENSO Corporation leveraged LEAP to create an algorithm that dramatically improved factory automation routing, while Volkswagen used it to develop a traffic management system for taxis.

Quantum technology is going to advance faster than skills can keep up. Besides funding quantum research, leading universities will look to cultivate graduates with strong backgrounds in both math and science needed for quantum work. This is going to be a highly sought-after combined skillset which will demand lucrative compensation. “You need people who can work with quantum computers as well as with algorithms,” says Scott Hamilton, Solutions Architect for Quantum and High Performance Computing at Atos North America.

However, U.S. companies are going to be challenged to find the rare dual-skilled commodity of those who can work with both the quantum computer and the algorithm not just within the United States, but on a global scale as well. Given the potential ramifications of quantum computing (particularly when it comes to the security of government and financial data), numerous countries will be looking to cultivate talent. At the same time, U.S. companies will find themselves competing for talent not just with one another, but with other global tech centers such as London, Paris and Beijing. If domestic companies aren’t successful in recruiting top talent, this will ultimately hurt the U.S.’s ability to compete as the quantum market evolves and matures.

However, wider adoption of quantum computing by the masses faces several significant hurdles. These include supporting technologies, coding expertise and algorithm development, collaborative R&D efforts and of course, human talent. Yet while we may still be several years away (if not more) from a quantum-reliant future, this is no time for any company interested in quantum computing to sit idle, and in fact precisely the right time to be proactive.