Paris, October 24, 2019. Atos, a global leader in digital transformation, today announces its revenue for the third quarter of 2019.

Thierry Breton, Chairman and CEO said: “During the third quarter, revenue organic growth continued to improve, reaching 1.8%, with Infrastructure & Data Management returning to growth as we clearly indicated at the beginning of the year. The sales reorganization we operated over the last 12 months in North America resulted in large signatures and solid prospects for the next quarters despite increased volatility in financial services for Business & Platform Solutions business. One year after the acquisition, the synergies with Syntel continue to materialize, in particular with new signatures on both customer bases.

Once more, Big Data & Cybersecurity delivered a strong revenue growth in all its business segments and in particular in Cybersecurity services and in High Performance Computing. As a leading player in Cybersecurity, we acquired IDnomic to expand the offering in the field of digital identity management and PKI.

I am particularly proud that the corporate social responsibility of Atos has once again been recognized by DJSI and ranked number 1 worldwide in the digital industry as well as awarded "Gold" status by Ecovadis.

All in all, we confirm all 2019 objectives in line with our three-year plan.”

Revenue was € 2,770 million, up +1.8% organically. The improvement compared to the previous quarters (Q1 at +0.4%, Q2 at +1.1%) mainly came from the recovery of Infrastructure & Data Management, which returned to growth as anticipated notably in North America. Business & Platform Solutions revenue decelerated in Q3 due to Financial Services in North America, while sales synergies with Syntel continued to materialize as planned. Big Data & Cybersecurity performed a particularly strong quarter led by Cybersecurity services and High-Performance Computing (HPC).

Infrastructure & Data Management (IDM) revenue was € 1,533 million, +0.8% organically, with strong performance recorded in North America, the United Kingdom & Ireland and Other Business Units, benefiting from new logos and the ramp-up of several large contracts. The Division pursued its business model transformation by increasing the share of revenue in Hybrid Cloud Orchestration and in Transformation Services projects and continued the digital transformation of its main clients through automation and robotization.

Growth materialized in Financial Services, mainly fueled by the ramp-up of the contract with CNA Financial Corporation in North America, and with National Savings & Investments, Aegon and Aviva in the United Kingdom & Ireland. Telcos, Media & Utilities benefitted from the ramp-up of the contract with Scottish Water as well as additional sales with BBC and a major electricity provider in the United Kingdom & Ireland, new logos such as National Grid and Entergy Corporation in North America, and finally from a strong activity recorded in Unified Communication & Collaboration (UCC) in Benelux & The Nordics. In Manufacturing, Retail & Transportation, revenue was impacted by less sales in UCC in Germany. Public sector continued to be impacted by lower volumes and Transition & Transformation phases completed last year in the United Kingdom & Ireland.

Business & Platform Solutions (B&PS) revenue was € 1,010 million, up +0.2% at constant scope and exchange rates. The Division continued to leverage on digitalization projects implementation in all geographies and more particularly thanks to the Syntel portfolio offerings. Manufacturing, Retail & Transportation recorded a strong performance, driven by new contracts in Benelux & The Nordics and SAP implementation in Central & Eastern Europe, while Telecom, Media & Utilities was flat over the period. In Public & Health, the Division was impacted by lower volumes in Healthcare activities in North America further to a large migration wave of software. The Division was also impacted by tensions in Financial Services in North America, compensated by the other geographies. Finally, as part of the transfer of legacy contracts to Syntel, the reduction of the number of low margin contracts implemented in H1 2019 impacted the organic revenue growth of the Division.

Revenue in Big Data & Cybersecurity (BDS) recorded a high organic growth of +17.6%, leading to € 227 million in the third quarter of 2019. Growth was driven by a particularly strong activity in High Performance Computing, largely led by deliveries in Germany and the renewal with Météo France, combined with good performance in Benelux & The Nordics and in Middle East & Africa. Cybersecurity activities were also strong with a double-digit growth, further to contracts won during the first semester in North America and Germany.

During the third quarter of 2019, revenue grew in most Business Units:

During the third quarter of 2019, the Group order entry reached € 2,775 million, representing a book to bill ratio of 100% compared to 87% achieved over the same period last year.

Several significant new contracts were signed over the period, mainly in Infrastructure & Data Management within Manufacturing, Retail & Transportation sector, notably with a leading healthcare Company in North America, a large chemical Company in Germany, a pharmaceutical Company in Switzerland and an aerospace manufacturer in France. The Division also signed the NG911 contract with the State of California. Business & Platform Solutions signed new contracts with Autobahn in Germany within Public sector. Big Data & Cybersecurity pursued its solid commercial dynamic notably by signing new contracts with Météo France and with a multinational software Corporation in Germany.

The full backlog at the end of September 2019 amounted to € 21,2 billion, roughly stable compared to end of December 2018 at constant exchange rates, representing 1.9 year of revenue.

The full qualified pipeline was € 7.2 billion at the end of September 2019, representing 7.6 months of revenue, improving by € 0.3 billion compared to December 2018 at constant exchange rates.

Settlement agreement signed with a telecom operator in Germany

Atos signed a settlement agreement early October 2019 with a telecom operator in Germany, with whom the Company was in a long-lasting dispute and had entered into an arbitration process. The settlement closes all claims in both directions and therefore the arbitration process. It also defines the way forward and both parties agreed to pursue a trusted relationship in the future to avoid any further disputes. As a consequence of this settlement, Atos will be impacted by circa €-20 million recorded in other operating income and expenses this year, but with no cash impact and no more losses on the contract going forward (the contract is due to end in June 2021).

In the third quarter of 2019, the Group hired 4,221 staff, mainly in low cost countries such as India, Poland, Romania, and Philippines, as well as in the United States, the United Kingdom and France to adapt to new offerings, to fulfill new contracts and to compensate attrition.

The Group continued to decrease the number of staff in order to accompany and anticipate the effect from automation and robotization both in Infrastructure & Data Management and in Business & Platform Solutions.

The Group confirms all its objectives for 2019:

The scope effect mostly related to the restatement linked to the deconsolidation of Worldline, the acquisition of Syntel, the disposal of some specific Unified Communication & Collaboration activities as well as former ITO activities in the United Kingdom, and the disposal and decommissioning of non-strategic activities within CVC.

The exchange rates effect positively contributed to revenue for €+19 million mainly coming from the US dollar which has more than compensated the depreciation of the British pound.

Today, Thursday October 24, 2019, the Group will hold a conference call in English at 08:00 am (CET - Paris), chaired by Thierry Breton, Chairman and CEO, in order to comment on Atos’ third quarter 2019 revenue and answer questions from the financial community. 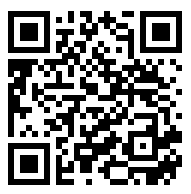 You can join the webcast of the conference:

After the conference, a replay of the webcast will be available on atos.net, in the Investors section.

Atos is a global leader in digital transformation with c. 110,000 employees in 73 countries and annual revenue of over € 11 billion. European number one in Cloud, Cybersecurity and High-Performance Computing, the Group provides end-to-end Orchestrated Hybrid Cloud, Big Data, Business Applications and Digital Workplace solutions. The group is the Worldwide Information Technology Partner for the Olympic & Paralympic Games and operates under the brands Atos, Atos Syntel, and Unify. Atos is a SE (Societas Europaea), listed on the CAC40 Paris stock index.

This document contains forward-looking statements that involve risks and uncertainties, including references, concerning the Group's expected growth and profitability in the future which may significantly impact the expected performance indicated in the forward-looking statements. These risks and uncertainties are linked to factors out of the control of the Company and not precisely estimated, such as market conditions or competitors behaviors. Any forward-looking statements made in this document are statements about Atos’ beliefs and expectations and should be evaluated as such. Forward-looking statements include statements that may relate to Atos’ plans, objectives, strategies, goals, future events, future revenues or synergies, or performance, and other information that is not historical information. Actual events or results may differ from those described in this document due to a number of risks and uncertainties that are described within the 2018 Registration Document filed with the Autorité des Marchés Financiers (AMF) on February 22, 2019 under the registration number: D.19-0072 and the 2018 Universal Registration Document filed with the AMF on July 30, 2019 under number D.19-0728. Atos does not undertake, and specifically disclaims, any obligation or responsibility to update or amend any of the information above except as otherwise required by law. This document does not contain or constitute an offer of Atos’ shares for sale or an invitation or inducement to invest in Atos’ shares in France, the United States of America or any other jurisdiction.