In the previous installment of this series, I discussed why software-based control of applications and infrastructure was becoming a necessity. Now, let’s take a look at some of the risks of this approach, and what skills will be required to mitigate them.

In a software-controlled infrastructure environment, sophisticated engineering skills are critical for IT engineers, mainly because of the risk exposure.

The development of risk exposure

At any large organization, the infrastructure management departments typically purchase managed services, which makes them extremely sensitive to:

Software-based control unleashes the power to manage their IT at scale, but with great power comes great responsibility. It also increases the security risk of human errors. For example, misconfigurations that expose the system to threats or simply by programming software with wrong instructions (bugs).

The potentially significant disruption to a large digital infrastructure by a small software bug exposes organizations to new liabilities. A simple mistake like adding an extra 0 in a script can generate 10x more servers than needed, with direct cost implications in the range of thousands of Euros.

According to a recent IDC survey, the top three cloud security threats are security misconfiguration, lack of visibility into the production environment, and improper identity and access management (IAM) and permission configurations.

The countermeasure for these is again software-driven. Predictable configuration pipelines and continuous real-time policy information enforcements are the most likely way to prevent mishaps from happening. Essentially, we have software (computers) controlling what other software (computers) do to manage digital assets (computers), and the liability of failure is enormous.

It should be clear now that this deeply recursive dependency on software to implement controls over the software that controls digital assets is an amplifying factor for liability exposure in software quality control defects. According to classic risk management practices, the calculated impact of an issue is its likelihood to happen, multiplied by the severity of the issue. The severity increases immensely if digital infrastructure is managed by a recursive stack of controlling software. There is no software without bugs, but a single bug can now bring down hundreds of customer applications or servers.

We need a mission-critical class of software, so let’s focus a bit on what influences software quality:

The history of software engineering has taught us several non-quality root causes for software quality issues like:

The quality of the software being managed is not the same as the autopilot of a space shuttle. However, it is not given the exposure to error. It will require software engineering techniques that are sophisticated and mature to ensure the quality and predictability of the solution. Key success factors for that will be experience and expertise. Bad software engineering practices plagued the early days of software engineering (and still do sometimes), until the development community got some real help with the technology thanks to modern programming languages, object orientation, design patterns, and automated code validations.

The good news is that all the techniques for writing good quality software are known and directly applicable in the infrastructure management business, provided the workforce has the skills to write professional, world-class, robust software. It is about change management.

The workforce has to have the skills to write professional world-class robust software.

First, understanding the criticality of the problem, and second, making sure the teams master the technology required. Finally, business management will need to approve the time and cost needed to deliver for a given quality.

Tune in next week for our last chapter, which will explain how enterprises need to re-shape the skills profile of their IT management teams to support a software-driven model. 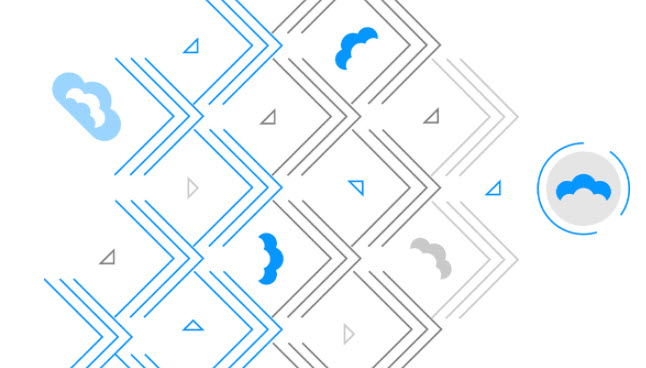 Blog 3: Why software-based control of applications and infrastructure is becoming a necessity - Atos

About Alexis Mermet-Grandfille
View all posts by Alexis Mermet-Grandfille
Atos Group CTO Strategic Technology Advisor Distinguished Expert of the Atos Expert Community
Alexis has a software engineering background with over 30 years of experience in bringing technology and innovation to the business of customers. As an ENSIMAG engineer, he has international experience in product and service-oriented businesses in a global context. After experiences at Network General corp (CA, U.S.A) and 13 years at Hewlett Packard in various architect and management positions in the Network and Global PC Business division, he joined Atos in 2013 where he has held management positions as Director of IT Service Management Development organization, Global Technical Services Architecture and CTO of the Atos/Google Alliance. He is now the Strategic Technical Advisor for the Atos Group CTO. Alexis is a member of Atos Expert Community as a Distinguished Expert.

How to get your C-suite on board with SAP Cloud migration
Observability: DevOps meets green IT
Mindful modernization in financial services
Data: The sustainable fuel of the future