Atos and the CEA’s Military Applications Division (CEA/DAM) today announce the first partition of “EXA1”, a supercomputer developed together based on Atos’ BullSequana XH2000 architecture, which is among the world’s 500 most powerful machines. Reaching 14th position in the TOP500 ranking, “CEA-HF” is the most powerful supercomputer and most energy-efficient supercomputer based on general purpose CPUs in Europe. It has 12,960 AMD processors, this is 829,440 computer processor cores, making it the largest ever installed HPC system based on general purpose CPUs worldwide. It has a computing power of 23.2 petaflops and a competitive power consumption of 4.96 MegaWatts. 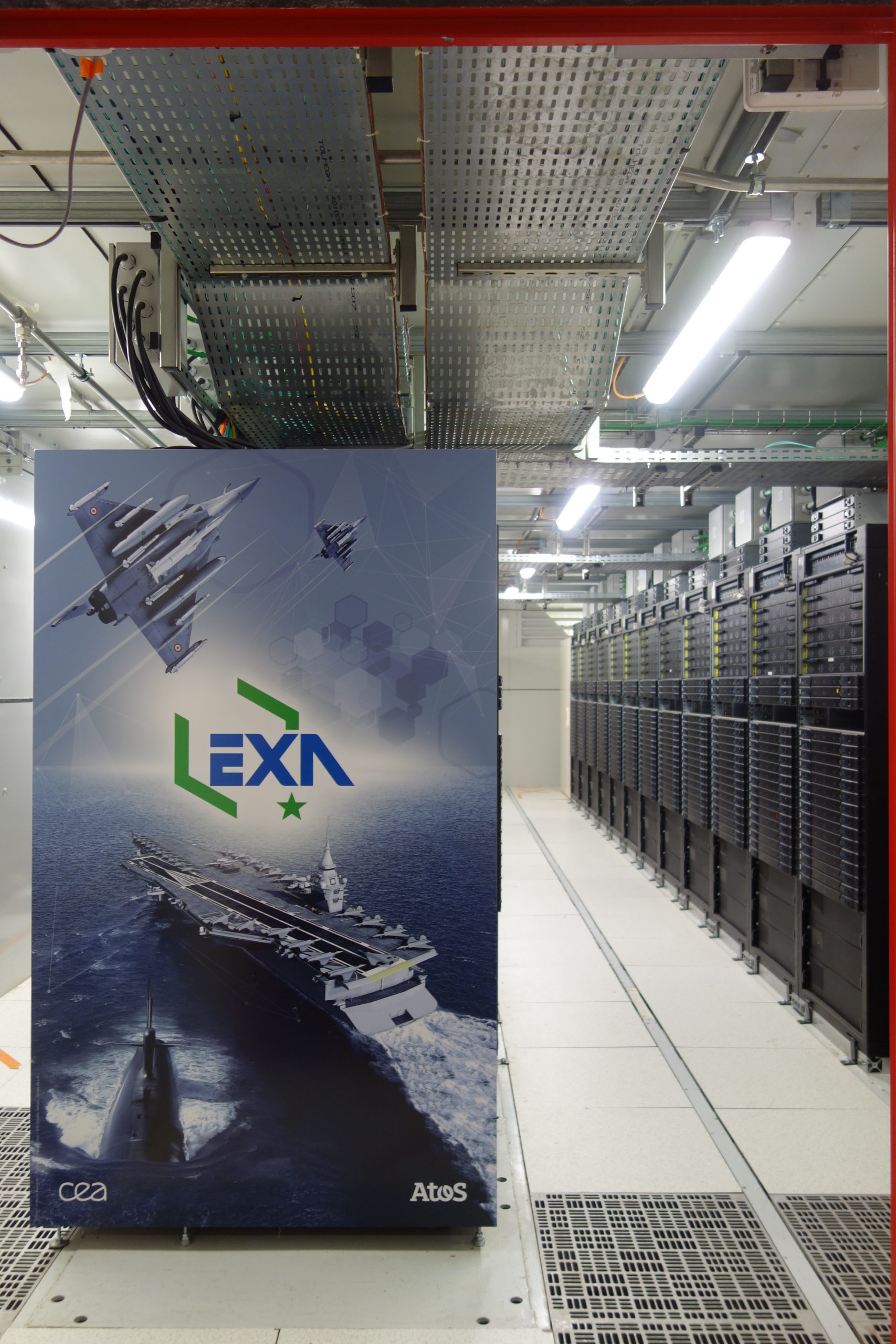 EXA1 features Atos’ 100% highly efficient water-cooled patented Direct Liquid Cooling (DLC) solution, which uses streams of lukewarm water to cool the machine, providing the most advanced PUE~1 (Power Usage Effectiveness) on the market. This feature enables the CEA/DAM to effectively control its energy consumption and reduce costs, and at the same time benefitting from processors with the very highest power requirements.

Vincenzo SALVETTI, Director of the CEA’s Military Applications Division, says: “Developing such a high-level supercomputer is essential for some of the defence programs that we implement at the CEA/DAM. To reach this capacity, technological breakthroughs are needed – such as maintaining low levels of energy consumption, while ensuring that the huge volumes of data produced by increasingly precise simulations can be effectively processed. I am proud that the long-term R&D partnership between Atos and the CEA/DAM allows us to achieve this new major milestone for our program, and leverage CEA/DAM’s innovation capabilities”.

Pierre BARNABÉ, Acting Co-CEO of Atos and Head of Atos’ Global Big Data & Security Division, adds: “We’re thrilled that our BullSequana supercomputer continues to boost Europe's scientific excellence and industrial strength, and we are extremely pleased to support CEA in bringing their research and innovation one step further with EXA1.”

As long-standing partners, Atos and CEA/DAM have been collaborating since 2004. EXA1 is the 4th supercomputer that the two companies have developed together, crowning the expertise acquired by the CEA/DAM and Atos HPC team.

Atos is a Spotlight Sponsor at this year’s SC’21 that takes place in St. Louis (US) from 15-18 November 2021 and will host a live webinar on “The incessant pursuit in the Exascale Journey” and virtual booth sessions. More details - https://atos.net/en/events/atos-at-sc21

Atos is a global leader in digital transformation with 107,000 employees and annual revenue of over € 11 billion. European number one in cybersecurity, cloud and highperformance computing, the Group provides tailored end-to-end solutions for all industries in 71 countries. A pioneer in decarbonization services and products, Atos is committed to a secure and decarbonized digital for its clients. Atos is a SE (Societas Europaea), listed on Euronext Paris and included on the CAC 40 ESG and Next 20 Paris Stock Indexes.

The CEA is a key player in research, development and innovation in four main areas: energy transition, digital transition, technology for the medicine of the future and defence and security. With a workforce of 20,000 people, based in nine sites equipped with very large-scale research infrastructures, the CEA actively participates in collaborative projects with a large number of academic and industrial partners, in France, Europe and worldwide. According to the Clarivate 2019 ranking, it is the first French research organization in terms of the number of patents filed in France and Europe.

The CEA's Military Applications Division (CEA/DAM) takes charge of defence and security missions. The DAM is responsible for the design, manufacture and through-life support of the nuclear warheads that equip France’s sea- and airborne deterrence forces and of the nuclear reactors and reactor cores on French Navy submarines and aircraft carrier. The DAM also contributes to national and global security through the technical support it provides to the authorities relative to the prevention of nuclear proliferation and terrorism in chemical, biological, radiological, nuclear and explosives domains (CBRN-E) and cybersecurity. For more information, visit: www.cea.fr