Why do we need to prepare for quantum computing?

Quantum computing (QC) has been promising outstanding gains in computation speed for years, with the prospect of finally solving the traveling salesman challenge in the blink of an eye, or cracking RSA keys on the fly. In practice, operational results are yet to fully materialize. Until recently, no practical breakthrough has been widely acknowledged by major market players, with most of the quantum potential remaining theoretical.

It is however interesting to compare the current QC situation with that of artificial intelligence (AI) in the 80’s. Lisp and Prolog were the future key languages. Dedicated machines were built to support these languages (e.g., the Symbolics machine) and many IT students did their thesis work in the AI domain (at least this author did!).

Yet even then, convincing practical solutions were missing. Playing with Prolog and its cut operator was fun, but it did not transform the world. It was only when two preconditions for its success were achieved – i.e., massive data availability and tremendous augmented computing power – that artificial intelligence took off in the anticipated way.

Just as the lack of understanding and awareness of the potential of AI puts companies in danger today, a similar hesitance in the quantum domain could spell missed opportunities or outright trouble.

So how do we prepare for the next step in quantum computing?

Even if mastering the physics of QC is an unavoidable necessity for quantum adoption, loads of value will be captured on the software side.
There are efficient tools to prepare for the advent of quantum computing with the new generation of the Quantum Learning Machine (QLM). Liberated from the dependency of physical quantum processors and equipped with this QLM, enterprises can start benefiting from efficient and realistic gate-based and quantum annealing simulators to develop and test their algorithms and solutions.

Some algorithms such as the Quantum Approximate Optimization algorithm (QAOA) may one day be as popular as Eratosthenes’s sieve is in classical processing. Instances of such applied thinking include:

Another way for companies to get ready is to enter European programs, including for instance the AQTION (Advanced Quantum computing with Trapped IONs) project, the PASQuanS (Programmable Atomic Large-Scale Quantum Simulation) project and more recently the NEASQC (NExt ApplicationsS of Quantum Computing) project or to establish partnerships with QC startups.

Quantum awareness is no longer just a question of crystals or qubits. It demands an understanding and realization of new algorithms which have the potential to create the next generation of enterprises, which, just as the big digital companies (a.k.a. “GAFA”) are doing now in the classical computation world, will dominate the scene.

Preparing for quantum computing must be added to the innovation roadmap for any company that is heavily reliant on computational techniques. In the past, companies enjoyed advantages over their competitors by embracing AI early on, and similar effects are expected from quantum computing. Perhaps even greater. 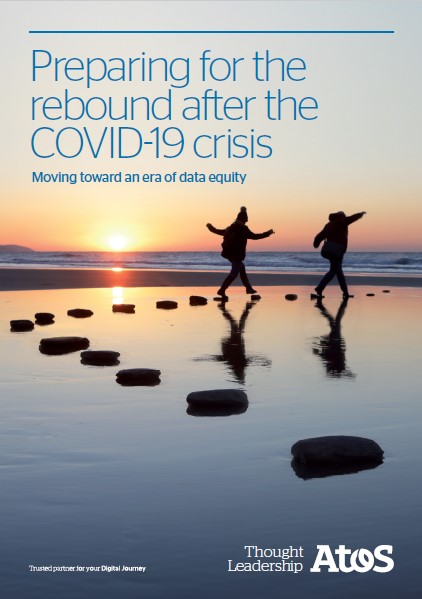 About Xavier Godin
View all posts by Xavier Godin
Senior Expert in Software Engineering, Information Technologies & Digital Transformation, Atos and member of the Scientific Community
Xavier is a business & Information Technology professional with high theoretical and practical technical baggage focused on organization improvement, process optimization and support efficiency. He has a proven experience in Process Management, Software Engineering, Project, Quality, Product, Application and People Management. He is skilled in formalization, conceptualization and analysis of complex problems or situations.

How to get your C-suite on board with SAP Cloud migration
Observability: DevOps meets green IT
Performance testing in an agile world: Time to shift left
Riding the wave of change in global risk and data