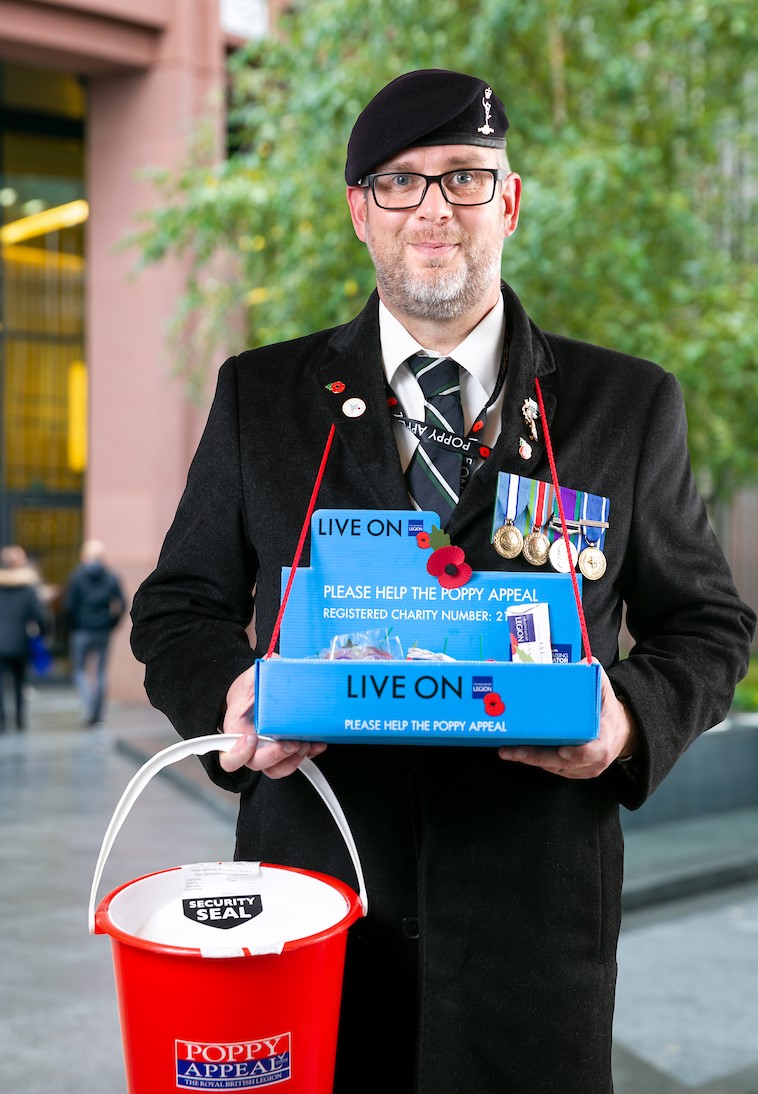 On Wednesday 11 November, Atos colleagues united to remember the Armed Forces community from Britain and the Commonwealth from conflicts past and present.

Since 2010, the Armed Forces Network at Atos has supported the Royal British Legion Poppy Appeal in the weeks leading up to Remembrance Day by fundraising and raising awareness of the cause. Last year, the Atos team contributed significantly to London Poppy Day.

This year, the network was unable to take to the streets with fundraising buckets due to COVID-19 restrictions. Instead, to remember the men and women from so many different nations, cultures and religions who have served in the military, the network supported the Poppy Appeal by fundraising online. The team also raised funds in memory of former Atos colleague and Veteran of the Royal Corps of Signals, Jon Prigent (pictured here).

Overall, the network raised double of their initial target. Atos has also pledged to match any donations made to the cause in order to show our continued support to the Royal British Legion.