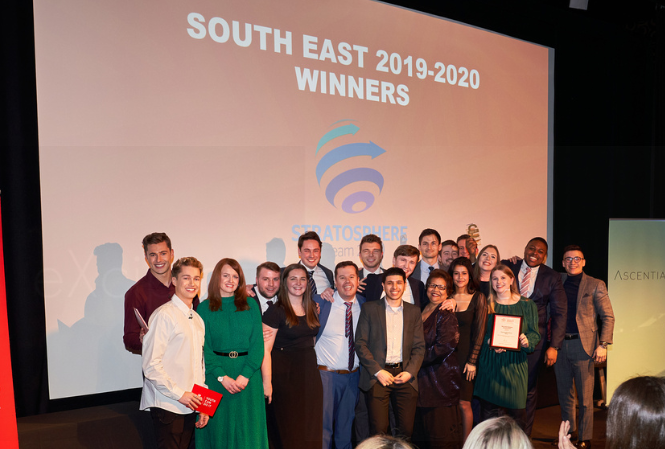 Tuesday 11 February. The team raised a staggering £436,000 which has broken the Prince’s Trust record by £50,000 for the amount raised by a single team in six months.

The Prince’s Trust charity gives young people the chance to get into education, training or open their eyes to the world of work, from work experience through to securing a job or setting up their own business.

Collectively, the national Million Makers team of 2019, raised a whopping £1.55 million, which will help unemployed young people, struggling at school or at risk of exclusion to develop confidence and skills they need to realise their ambitions. Team Stratosphere also celebrated the success of their Prince’s Trust Mentor, Judy Chowdhury, who was crowned the Mentorship Award winner.

“We are proud to have achieved our fundraising challenge. Many thanks to everyone for your immense support throughout 2019 as well as to Judy and our Atos mentor, Sam Ellis, HR Business Partner IDM UK&I, for their outstanding mentorship. We are now looking forward to attending the Million Makers National Final in March!” says Jeremy Itoje, Team Stratosphere Lead.