A 20-year retrospective on digital transformation behind the scenes at the Olympic and Paralympic Games. 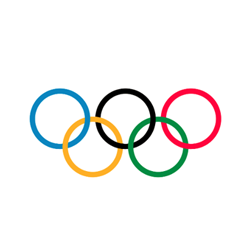 The world comes to a stop every two years, and the Olympic and Paralympic Games take center stage. Elite athletes vie for a spot atop the podium, honoring their home countries with dazzling displays of sportsmanship and courage. For two weeks, the host city is transformed into a hub of unparalleled excitement and achievement, celebrating the Olympic motto of “Faster, Higher, Stronger — Together.” But it takes years of planning and preparation to arrive at that magic moment when the torch bearers enter the stadium and light the Olympic flame.

The Olympic and Paralympic Games and the technology that powers them have changed over the years. From an IT standpoint, the guiding principles and logistical challenges remain the same: You have to build the infrastructure that refreshes the scoreboards, power the broadcast centers that beam live coverage around the world, and manage the security systems that get tens of thousands of athletes and staff in and out of venues. As Atos’s Chief Integrator for the last 20 years, I’ve helped bring the Olympic Games to life for millions of people worldwide. 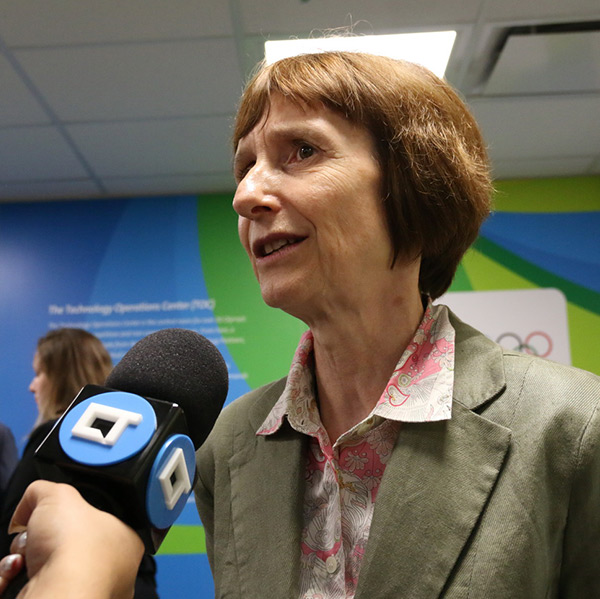 My Olympic journey began by crossing the Atlantic

I’ve been with Atos since the early days of my career. I started in Paris as a software developer for the transportation industry and moved to Grenoble at the foot of the French Alps, where I worked on the control system for France’s first computer-run nuclear power plant. I spent twelve years there, eventually becoming the plant’s Systems Integrator.

And at the end of 1998, I found out that Atos had just won the bid for the Olympic Games in Salt Lake City. Atos Barcelona was involved in Barcelona 1992, which was an in for Atos to become the Worldwide IT Partner of the International Olympic Committee (IOC). They were looking for people to join the team and head to Salt Lake City. My family and I decided to give it a go, and I was hired for a Quality Manager position, not as a Systems Integrator. I was disappointed, but it got my foot in the door.

It was a big transition. There was a steep learning curve and a language barrier to overcome, but I was confident about what I could bring to the project. Within two years, I was offered the role of System Integration Manager, Integration Testing for the Olympic Games Athens 2004. Next, I became the Operations Manager at the Olympic Games Beijing 2008. After that, I was named Atos’s Chief Integrator for London 2012 and occupied that position until Tokyo 2020.

I quickly discovered that working on Olympic IT is a logistical, administrative and diplomatic challenge unlike anything I’d ever known. Our direct clients are the IOC and the host city’s organizing committee. But we also have to work with broadcasters, telcos, the press and various technology partners. This vast number of stakeholders requires us to navigate the cultures and the bureaucracies of the host city and country and dozens of corporate entities of every shape and size.

Working on Olympic IT is a logistical, administrative and diplomatic challenge unlike anything else.

When I look back at my time working on the Olympic and Paralympic Games, I can safely say that everything has changed. Between Salt Lake City 2002 and Rio 2016, we built and decommissioned physical data centers at every site. We brought in, cabled and tested physical hardware. We assembled core teams comprising 10-20 Atos Olympic Games veterans and then local teams in each host city to build the infrastructure and run a dedicated Integration Testing Lab (ITL).

The process was cumbersome to manage, and the hardware requirements kept growing as we needed to push more data through the pipelines. We also had to boost our security posture due to a spike in cyberthreats. We dealt with 80 million IT security events at Athens 2004, 570 million at Rio 2016 and 4.4 billion at Tokyo 2020. There were environmental concerns, too. Powering physical infrastructure required massive amounts of electricity, and sustainability was a growing concern.

To address these many issues, we moved some of our infrastructure for London 2012 to the cloud. We migrated the management systems, including the sports entries and qualification system, the workforce management system, and the accreditation system. However, London’s real-time systems continued to be hosted at hardwired on-prem data centers.

Over the next several years, we continued to move more systems to the cloud. When we started planning for Tokyo 2020, we decided to go with a 100% cloud-based approach, which meant rethinking every aspect of our IT deployment strategy.

Bringing the Olympics to everyone, everywhere

One of the benefits of using the cloud is moving certain behind-the-scenes activities offsite. Broadcasters no longer had to send commentators on-site to cover various events. That’s because sportscasters can now comment on the action from anywhere in the world using a standard monitor and our Commentator Information System, together with a TV screen. They can track athletes and follow leaderboards in real time, just as if they were at the arenas in person.

The other benefit of moving to the cloud is scaling our infrastructure to create new ways of enjoying the competitions. These days, sports fans want an interactive experience and 24/7 access to coverage. They’re not just watching in their living rooms during prime time or in person anymore. They follow the action on smartphones while commuting. They stream the events and ceremonies in their browsers at work. They want to see their favorite events on demand. Our flexible infrastructure offers the bandwidth and applications required to bring complete coverage to people wherever and whenever they want.

Moving to the cloud is not simply a matter of replacing physical servers with virtual machines — although we did that, too. We needed an entirely new approach to architecting the Tokyo 2020 infrastructure and the applications that ran on top. That meant adopting DevSecOps methodology and agile workflows to test infrastructure dynamically and incorporate changes as part of an iterative development cycle.

Embarking on a continuous development process often leads to a final design that outperforms the original plan.

We discovered that capturing formal requirements was only the beginning of the process. After running tests and adjusting our design parameters, we often found that our initial specs had missed the mark. Embarking on a continuous development process often led to a revamped final design that outperformed the original plan.

We also started working with containerized microservices. This approach allowed us to code larger applications using smaller scalable components. In tandem, we moved away from custom third-party applications to industry-standard off-the-shelf software, so we don’t have to worry about future incompatibilities. Finally, we adopted a multi-cloud approach to prevent the bottlenecks of relying on a single provider. Alongside our DevSecOps and agile workflows, these changes allowed my team to work faster and smarter and deliver better quality products on a tighter budget.

Preparing for the Tokyo Olympics came with its own set of challenges. Japan represented more significant cultural and linguistic barriers than some other countries. Japanese workers traditionally stay with the same employer for life, so recruiting young people for a temporary position was challenging. They didn’t want to give up an opportunity for lifelong stability to work on the Olympic and Paralympic Games for a few years. We also had to adjust how our team interacted with local stakeholders because an entirely different business practice was in place.

Once we smoothed out these initial issues, we started building the infrastructure. As part of our move to the cloud, we had set up an ITL in Madrid. This facility allowed us to test cloud-based components we could then deploy anywhere in the world.

We were already testing when the pandemic brought everything to a stop. When the world went into lockdown in March 2020, we asked everyone to work from home, including developers and testers. We gave everyone a big enough screen and sufficient bandwidth to run simulations from anywhere in the world. Working remotely, we could run virtually all the integration testing steps, including the technology rehearsals that were to take place in Tokyo, gathering IOC stakeholders and technology partners. The purpose of this exercise is to simulate the busiest days of the Games, with technology rehearsal officials triggering nasty scenarios of all kinds, to check the technology team readiness. We could fully run the technology rehearsals for the results systems from home. That was organized at the last minute and required a considerable amount of flexibility.

Then, the postponement was announced, and we had to adapt again. We had to rethink our budgets and reallocate our resources. We reduced some of our teams and restaffed them later, adjusted our timelines with the IOC and the Tokyo Organizing Committee, and altered our plans with our customers and technology partners. We had the flexibility and freedom to change our plans in the face of the evolving pandemic. It was quite an adventure, and we managed to overcome every obstacle.

Reflecting on my Olympic work

Tokyo 2020 was my biggest challenge, and it was also my last Olympic and Paralympic Games before retirement. The past 20 years have been full of personal and professional highs. I have marveled at how technology has evolved, and I’m proud to have worked with hundreds of incredible IT professionals and experts from other fields. The most important thing I’ve learned during my career is that your technology is only as good as your people.

When your team is ready for anything, your partners will place their trust in you.

To pull off a project this size and scope, you have to build the right team. Surround yourself with highly competent, intellectually curious and trustworthy people. You must give them the flexibility to experiment and provide strong governance to achieve every milestone. When your team is ready for anything, your partners will place their trust in you.

I remember experiencing a security alert at our Technology Operation Center during Beijing 2008. A Chinese official from the Organizing Committee wanted to know what was happening. I asked him to give me 10 minutes to investigate. As promised, I came back with a comprehensive explanation within that time frame. At the beginning of the project, I would’ve gotten a lot of pushback. But by that point, nobody questioned my response because we’d built trust over four years working on the project.

Bidding adieu to Tokyo and Atos

At the successful conclusion of Tokyo 2020, the technology director of the Tokyo Organizing Committee showed me a Daruma doll. This traditional Japanese figurine is a token of good luck. He had painted in the first eye when he joined the committee and added the second after the Closing Ceremony. He wanted me to pose with the figurine to show his appreciation for Atos and our team. It was a touching gesture and a fitting way to bid adieu to Tokyo and my time at Atos.

I treasure every moment since that fateful day I left France for America. I’m proud to have built secure, sustainable and scalable IT environments that have transformed the Olympic experience for millions of people worldwide. I can’t wait to see the developments that new technologies and teams will deliver and how they will continue to transform the Olympic Games for years to come. 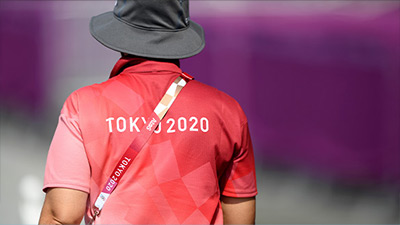 The agility required to execute the Olympic and Paralympic Games during COVID-19 didn’t appear overnight. 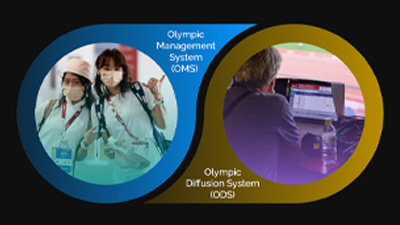 What do we mean when we talk about developing applications for the Games? Find out here. 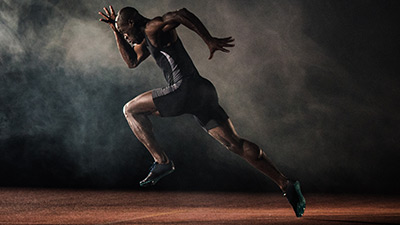