“I don’t think everyone realises the difficulty and risk undertaken by Atos in rewriting a core part of ExUI to deliver performance improvements across the board. With Atos, we have performed something game-changing.”

Owing a debt to the past

Part of the UK Ministry of Justice (MoJ), HM Courts and Tribunals Service (HMCTS) administers courts and tribunals in England and Wales. Its £1.2 billion reform programme is the most radical reform of the country’s justice system since the 19th century, and according to Boston Consulting Group, among the most ambitious of its kind in the world.

Technical debt is a familiar challenge for government: code debt, unfamiliar legacy code or missing documentation can derail the most well-designed digital transformation.

One such issue threatened to derail the reform programme. A single employment tribunal can involve thousands of participants, and with up to 25 four-day hearings, data volumes are high. Algorithms that functioned well for simpler cases became unworkable — taking up to two hours simply to load screens. The problem was so serious that it looked like a ground-up redesign was required, an expensive undertaking that would cause at least a six-month delay.

These tribunals impacted hundreds of thousands of citizens, so it was critical for the MoJ to make them digitally available. The MoJ turned to Atos for help with this high-profile transformation project.

Atos conducted pair-programming Zoom sessions to explore the technical issues in depth. After identifying ambiguous or obscure processes within the data structures, Atos reverse-engineered the complex rules between the back-end and front-end systems.

Conditional field logic was then redesigned, making it much smarter and faster, eliminating, for instance, messaging cascades. But this new protocol was a fundamental re-write of a core element of the inherited UI toolkit; it had to be meticulously tested, not only for employment tribunals, but for every jurisdiction.

With a huge data migration looming, the system performance was not meeting expectations. Atos and eight other teams conducted regression testing to simulate hundreds of user journeys — all within just two weeks. With around 50 issues reported, Atos worked around the clock to classify the problems and devise solutions so the application could be released on time for production.

The verdict: A better user experience

By placing the user at the heart of this modernization program, the MoJ successfully transformed old, labor-intensive manual processes into modern digital services. The Expert User Interface (ExUI) was delivered, as was a series of intuitive web applications enabling solicitors, caseworkers and judiciary to progress diverse cases including child support, immigration, money claims and employment tribunals.

Performance improvements have been dramatic. For employment tribunals, screen load times were reduced from 2 hours to just 5 seconds, and thorough testing has led to a major reduction in incidents.

The new system — externally branded as MyHMCTS — now enables HMCTS’ Civil, Family and Tribunals (CFT) division to manage cases as quickly and effectively as possible. More than 55,000 users and 8,000 organizations have registered to date, and the scalable new system is ready to deliver the same outstanding service to many more.

Bring the digital future of government to life 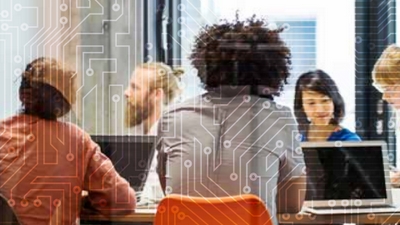 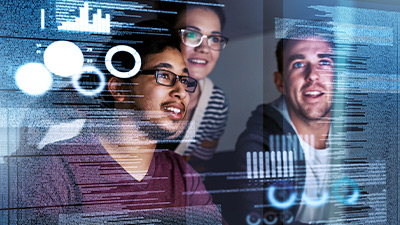