During my career in academia, I heard the amazing story of the ENIAC (Electronic Numerical Integrator and Computer) programmers. I was worried that so few women were interested in science, technology, engineering and math (STEM) studies, so I sought out inspiring stories of women in STEM to encourage the next generation of women in technology. Here are just a few:

Hidden from history In the mid-1980s, Kathy Kleiman wrote her thesis on the role of women in the history of computing. 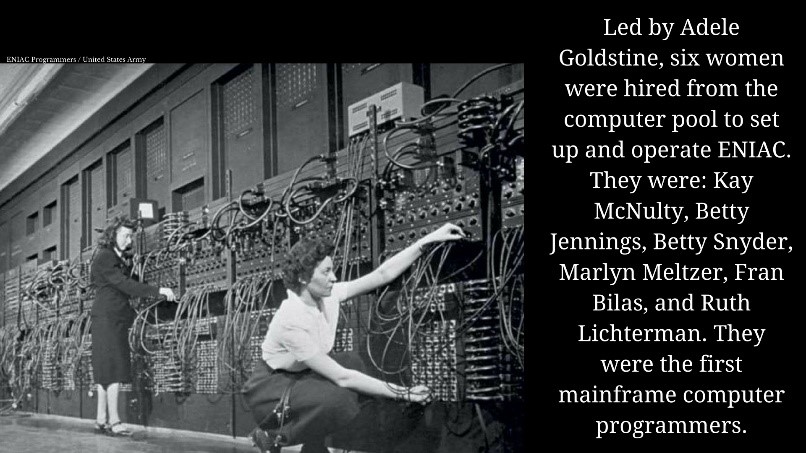 During her research, she encountered several photographs like the one shown here, which piqued her curiosity about the identities of the women working with ENIAC.
She later learned that they were six female mathematicians responsible for programming ENIAC, but whose role had never been acknowledged.

Considered the first programmer in history, Lovelace was the daughter of famous writer Lord Byron. In 1842, she was commissioned to translate a report on Charles Baggage's proposed “Analytical Engine,” which she completed with extensive notes and explanations describing the machine’s potential. 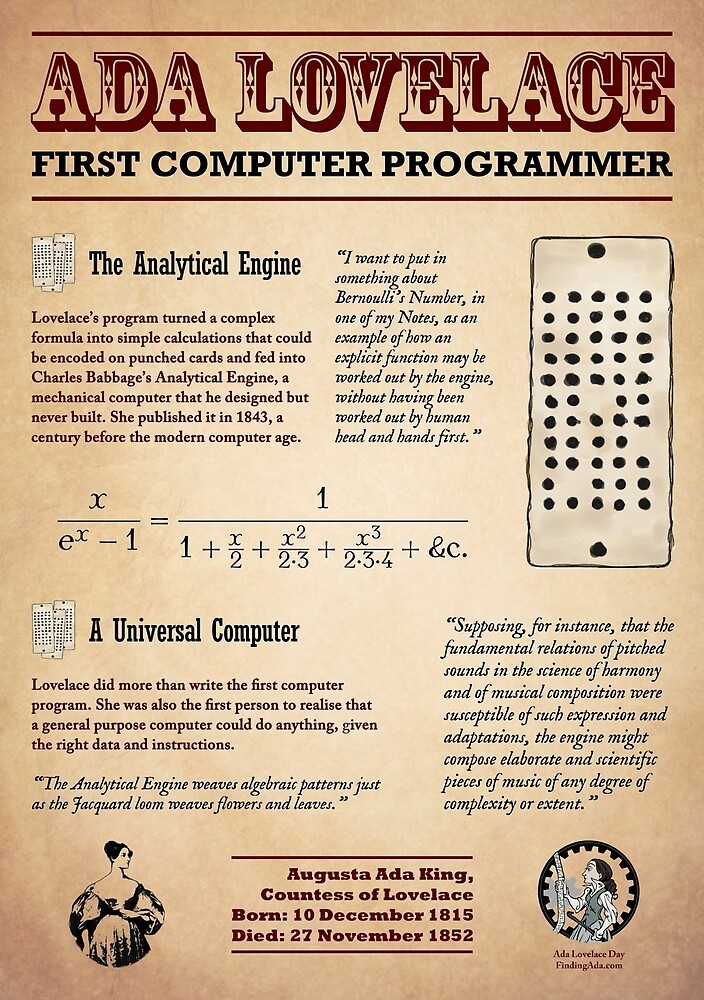 Lovelace not only expanded the report far beyond its initial scope, but envisioned capabilities that even Babbage himself had failed to recognize. In particular, her solution for computing Bernoulli numbers is widely recognized as the first computer algorithm ever published.She was described as a Poetical Scientist who understood the role of imagination, creativity and reasoning in the field of computer science. Her work has been widely recognized, and we now celebrate Ada Lovelace Day on the second Tuesday of October. 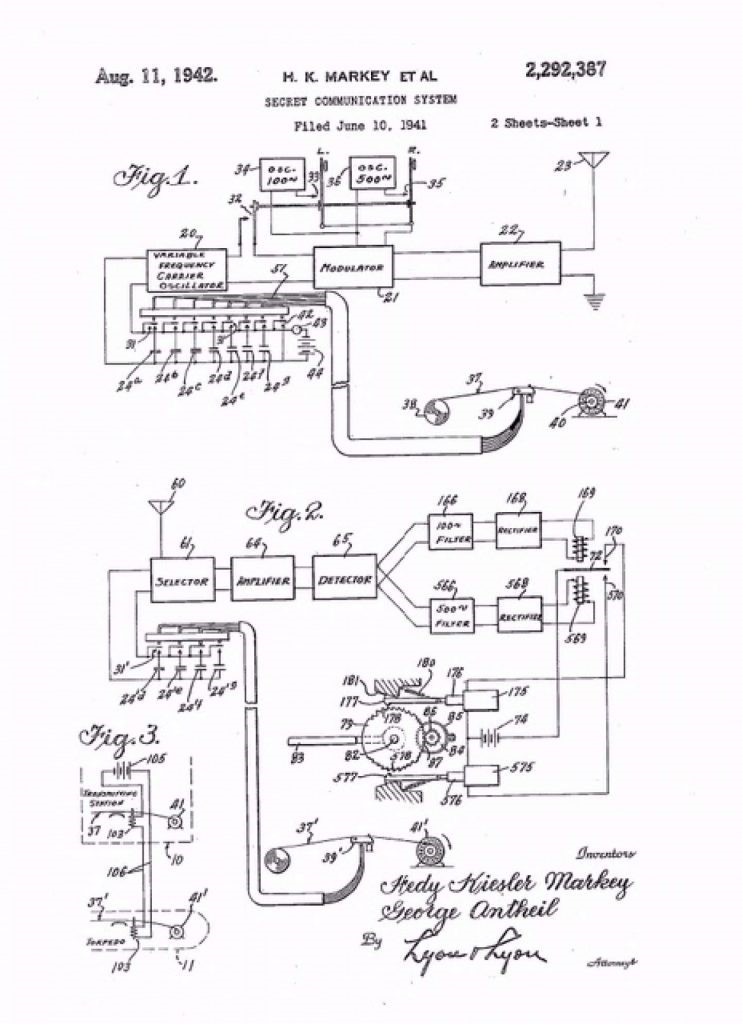 Hedy Lamarr, born Hedwig Kiesler, was an actor that starred in movies such as Ecstasy (1933) and Samson and Delilah (1949). However, despite her on-screen fame, she was first and foremost an inventor.

Together with the pianist George Antheil, she registered the first patent for frequency-hopping spread spectrum communications. Lamarr and Antheil combined their respective backgrounds in engineering and music to create an innovation that enabled radio signals to jump between 88 different frequencies (the number of keys on a piano) to avoid interference and interception.

Lamarr and Anthiel received a patent in 1941, but the enormous significance of their invention was not realized until decades later. Today, it serves as the basis for Wi-Fi, GPS and Bluetooth communications.

On November 9th we celebrate Inventor’s Day on Hedy Lamarr’s birthday, and Alexandra Dean filmed a 2017 documentary about her life, entitled Bombshell: The Hedy Lamarr story.

Radia Perlman is an MIT graduate best known for her creation of the spanning-tree protocol (STP), which in essence turns the Internet into a “network of networks.” 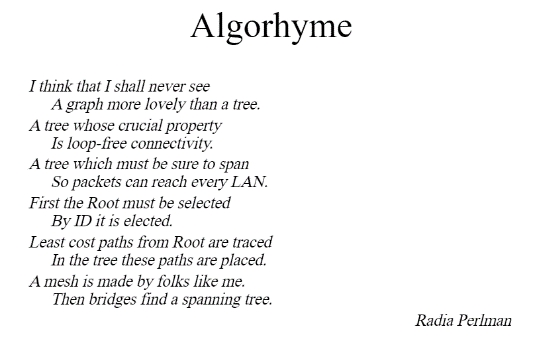 However, STP is not her only accomplishment. Throughout her long career, she has been granted more than 100 patents, primarily related to Internet security.

Women have long been instrumental in STEM, and many of their achievements are only now being recognized. However, you don’t have to be a great inventor to make a difference.
Every day at Atos, innovative men and women work together to design, develop and deliver new solutions that change how we live and work. As we celebrate International Women’s Day, I would like to take this opportunity to encourage every woman and girl to get involved in STEM.

By, Ruth Palmero, Project Director at Atos Research and Innovation

Quality of life affects the quality of work
Be the CEO of your career and drive it further
Achieving resilience through supply chain and portfolio management
Data: The sustainable fuel of the future