Atos, a global leader in digital transformation, and the International Olympic Committee (IOC), today announced an extension to their long-standing Worldwide Olympic Partnership through to 2024.

Atos will extend its TOP partnership through to 2024, looking to further support the digital transformation of the Olympic Games as the lead integrator for technology and to keep fulfilling its role in securing the IT infrastructure for the Olympic Winter Games Beijing 2022 and Olympic Games Paris 2024. 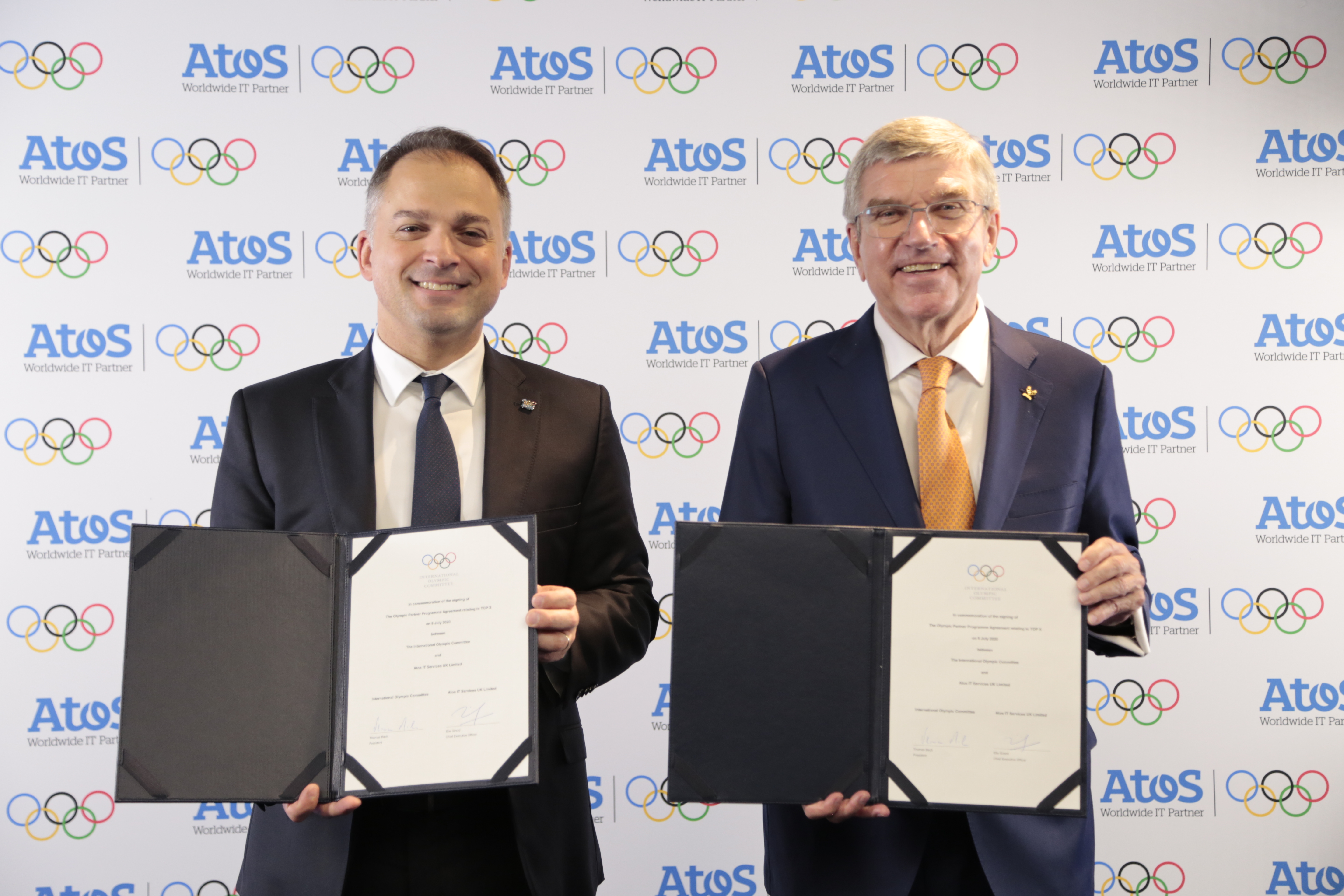 IOC President Thomas Bach said: “In these unprecedented times, the support and confidence of our Worldwide Partners is now more important than ever. In line with Olympic Agenda 2020, the IOC’s strategic roadmap for the future, we are pleased to continue working with Atos, our trusted guide in a period of great digital transformation, to provide the digital backbone and key digital platforms we rely on to run the Games. We are delighted to be able to keep counting on Atos to support the Olympic Movement and to help bring the Olympic values to billions of people across the globe.”

Atos CEO, Elie Girard, said: “We are thrilled to further extend our already 30-year-strong journey with the IOC. We will be pursuing our commitment to the empowerment of the Olympic Games through leading technology and innovation – fully connecting, securing and digitally enabling the Games to all stakeholders. We will accomplish this feat by uniting people, business and technology, and providing sustainable solutions to the IOC, putting environmental commitment at the heart of the Olympic approach, aligned with Atos’ strong environmental commitment in tackling the climate change emergency.”

The agreement also includes marketing rights for the International Paralympic Committee (IPC) and the Paralympic Games through the IOC-IPC long-term collaboration agreement, as well as for the Youth Olympic Games.

Atos is currently supporting the Organising Committee for the Olympic Games Tokyo 2020 by providing core Olympic systems, such as the management of accreditations, as well as applications that include athlete entries for events, the online volunteer portal, the competition schedule, workforce management, and the voting application for the IOC Athletes’ Commission, amongst others. This is in addition to delivering all official results to the Games-time web and app, and providing the media with biographies of athletes and other types of background information.

At PyeongChang 2018, Atos delivered over the Cloud for the first time the critical IT systems of the Olympics. This was a replicable model, which will be used for Tokyo 2020, supporting the IOC in implementing sustainable solutions by minimising the environmental impact compared to previous editions. At these next Games, Atos will also manage the most innovative Advanced Access Control System (AACS).

Jiri Kejval, IOC Marketing Commission Chair, said: “Atos becomes the 12th Worldwide Olympic Partner to sign through 2024. The long-term support of our global partners means the Olympic Movement is able to enjoy financial stability and operational support, which helps to overcome challenges, including the current unprecedented period. By redistributing 90% of the revenues it generates, the IOC is able to support sport and athletes globally, all year round.”

Atos is a global leader in digital transformation with 110,000 employees in 73 countries and annual revenue of € 12 billion. European number one in Cloud, Cybersecurity and High-Performance Computing, the Group provides end-to-end Orchestrated Hybrid Cloud, Big Data, Business Applications and Digital Workplace solutions. The Group is the Worldwide Information Technology Partner for the Olympic & Paralympic Games and operates under the brands Atos, Atos|Syntel, and Unify. Atos is a SE (Societas Europaea), listed on the CAC40 Paris stock index.

About the International Olympic Committee

The International Olympic Committee is a not-for-profit independent international organisation made up of volunteers, which is committed to building a better world through sport. It redistributes more than 90 per cent of its income to the wider sporting movement, which means that every day the equivalent of 3.4 million US dollars goes to help athletes and sports organisations at all levels around the world.

Photos: For an extensive selection of photos available shortly after each event, please follow the IOC on Flickr. To request archive photos and footage, please contact the IOC Images team at: images@olympic.org.