Atos, The National Laboratory for Scientific Computing, and state-owned petrol company Petrobras presented the impact of the expansion on science at an official ceremony in Petrópolis, with the presence of Brazilian Minister of Science, Technology & Innovation Marcos Pontes.

Atos, a global leader in digital transformation, announces the extension of the capacity of the Santos Dumont supercomputer. Based on Atos’ BullSequana technology, this machine, was originally delivered in 2015 to the National Laboratory for Scientific Computing (LNCC). This update confirms its position as the most powerful supercomputer in Latin America dedicated to research and puts it back on the world's Top500 list.

The Supercomputer is installed in Petrópolis, Rio de Janeiro, and with the expansion of 4 Petaflops, will now operate with a total processing capacity of approximately 5.1 quadrillion operations per second, an increase of approximately 350% compared to the original 2015 specification of 1.1 Petaflops.

“With this expansion, LNCC will gain access to state-of-the-art technologies implemented by Atos, utilizing a high-performance hybrid platform that can support different workloads, expanding its ability to support research and development, especially in the areas of intelligence Artificial and Deep Learning,” explains Luis Casuscelli, Director of Big Data and Cyber ​​Security at Atos in South America. “SDumont is equipped with a highly efficient and sustainable cooling infrastructure that uses water and room temperature, reducing the energy used for supercomputer cooling.”

The expansion is an initiative in conjunction with the Libra Consortium, led by Petrobras, which aims to support the development of research in the oil and gas sector, and for in-depth seismic image studies and real-time reservoir simulation.

In total around 150 projects have been conducted with Santos Dumont in strategic areas such as oil and gas exploration, and coal and renewable energy, but also for ZIKA and Dengue virus research, drug development for HIV and climate studies.

“The expansion of Santos Dumont is a project of which we are very proud, because it reinforces Atos' positioning as a reliable partner for the digital challenges that businesses and public organizations face today. Together with LNCC, we present for the second time, the largest supercomputer in Latin America dedicated to scientific research and help position Brazil on the list of nations with high performance computing capabilities.” concludes Nelson Campelo, Atos CEO for South America.

The Libra Consortium is led by Petrobras, which has a 40% stake, in partnership with Shell (20%), Total (20%), CNPC (10%), and CNOOC Limited (10%). The Consortium also has the participation of the state-owned company Pre-Sal Petróleo SA (PPSA), which is the manager of this contract. 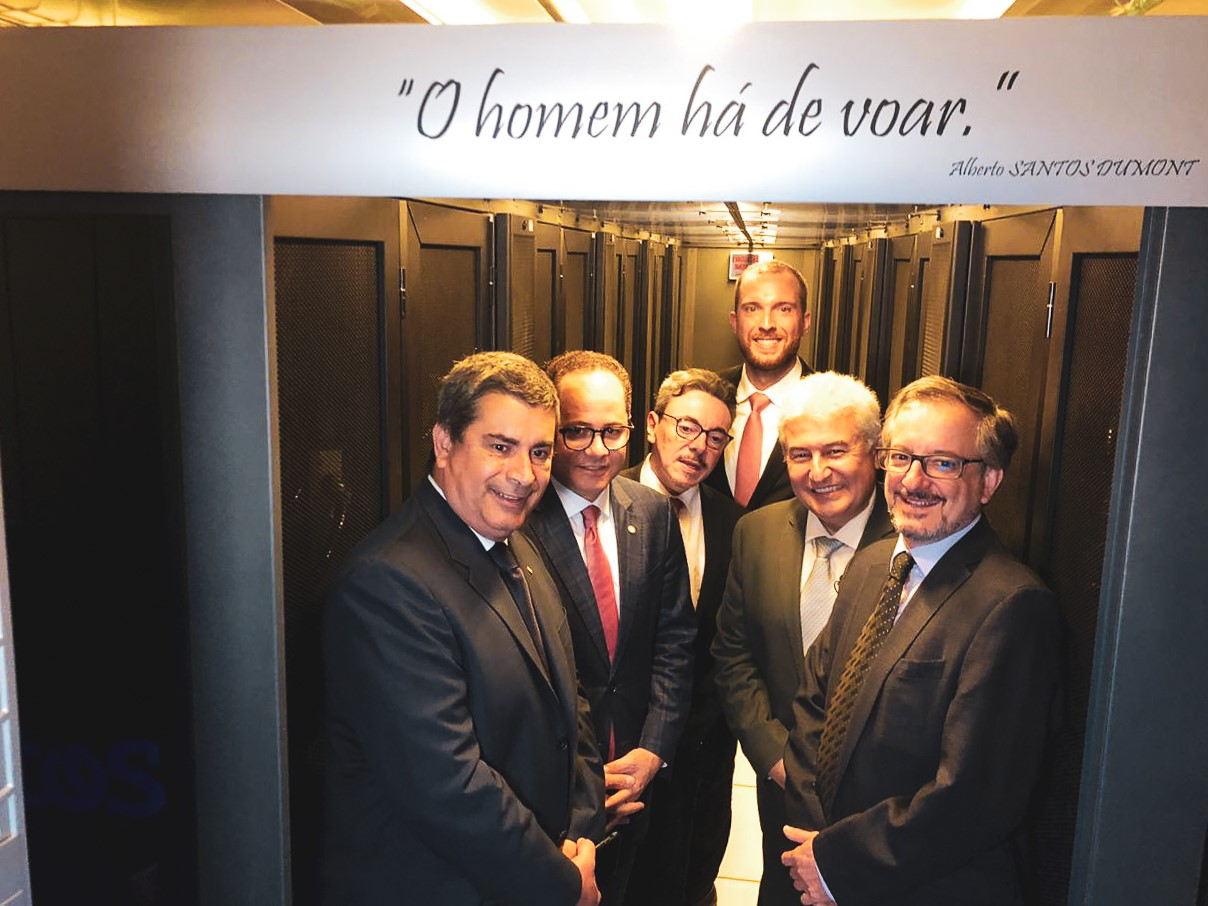