This reaffirms the presence of Atos and its role in the region, and also strengthens the Group’s unique positioning as the European leader in supercomputing, by supporting both its own and its clients’ work to develop ‘exascale’ supercomputers (capable of processing a billion billion operations per second).

The lab’s infrastructure is equipped with an energy-efficient cooling system which uses low-GWP (Global Warming Potential) refrigerant fluid and ‘free-cooling’ to chill the water which can result in energy savings of up to 75%*. It has an energy recovery system which reuses the energy generated by the operation of the lab to heat or cool the offices, operating at an energy-efficient COP** (coefficient of performance) of 6, twice as efficient than a standard system. It is also equipped with a ‘green’ roof, electric vehicle charging terminals, and photovoltaic roof panels (to be installed in 2020). Atos’ latest hybrid supercomputer, the BullSequana XH2000, boasts optimum energy-efficiency with its 100% highly-efficient water-cooled patented DLC (Direct Liquid Cooling) solution, which minimizes energy consumption by using warm water up to 40°C. Atos has 42 supercomputers in the GREEN500, 15 of which are in the Top 100.

An HPC Test Lab with a global reach in Angers

This HPC test Lab is another significant step in Atos’ strategy to develop the Pays de la Loire region and the historical site of Angers, where the Group has been present for almost 60 years, as a strong center of technical expertise globally.

Since Atos’ acquisition of Bull in 2014, Atos has continued to invest in Angers and business for the site has increased steadily. In concrete terms, over the period 2016 – 2019, Atos has produced nearly half an exaflop of computing power at the Angers plant. This corresponds to an increase in the production of computing servers (including supercomputers) from 3,000 in 2016 to 5,000 in 2019. In 2022, Atos will produce almost 10,000 machines at the Angers site, the equivalent of nearly 2 exaflops, making Atos one of the three most important HPC factories worldwide.

“I am delighted to officially open our new HPC Lab today in Angers, which underlines our commitment to continue to invest and develop our historical site and the region as a strong technical hub worldwide.” said Thierry Breton, Chairman and CEO of Atos. “This lab ensures that key HPC knowledge and skills are fostered and remain in Europe, so that we can maintain our own data sovereignty. It also plays a significant part in ensuring that Europe continues to grow as a major player in supercomputing globally.”

“I welcome Atos’ decision to install its center in Angers. It highlights the attractiveness of our region and supports our ambition to create an international reputation for Angers in the technology industry. Supercomputing and quantum computing are strategic technologies which will have a major impact on every business” added Christelle Morançais, President of the Pays de Loire region.

“Atos has chosen Angers to install its Global HPC Test Center. This choice underscores the excellence of our territory, which has an extremely rich history in the field of electronics and has adapted to the technological and economic changes in the sector. Atos is at the forefront of these new technologies that contribute to the international influence of Angers, especially with regards to supercomputing” added Christophe Béchu, mayor of Angers and President of Angers Loire Metropole (Greater Angers).

On to road to exascale in Angers

The Atos site in Angers employs 250 people in the development and construction of supercomputers including Atos’ exascale-ready supercomputer, the BullSequana XH2000. As Europe’s leading supercomputing manufacturer, Atos has 22 supercomputers in the Top500 ranking, which lists the 500 most powerful commercially available computer systems worldwide, 14 of which are in France.

In France the BullSequana X has already been sold to the CEA (French Alternative Energies and Atomic Energy Commission), with a computing power of 12 petaflops, and to GENCI (Grand Équipement National de Calcul Intensif), and to other research institutions in Germany, UK, India, Netherlands, Norway, Finland, Czech Republic and the US. 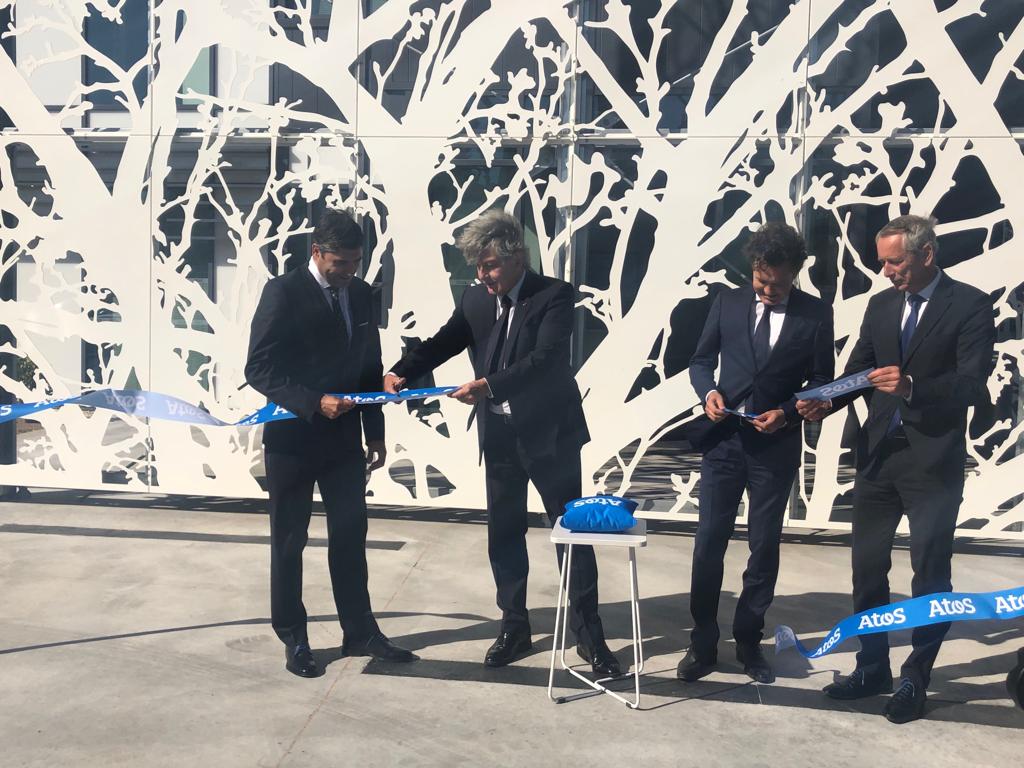 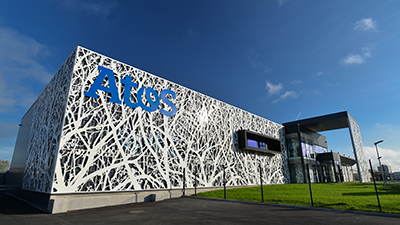 Our industrial and logistics site is responsible for the management of the supply chain, industrialization, manufacturing, integration and tests of high technology IT products, as well as the validation of customer solutions.

Get a 360 perspective of our Global HPC test Lab from the inside out. 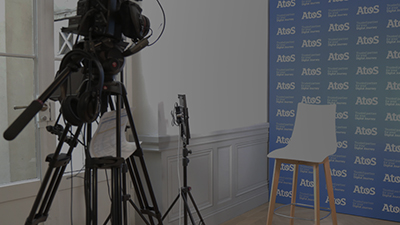 Click on this link for images of the XH3000 Reveal Ceremony (Palais de Tokyo, February 2022.