Paris, March 21 2018 - Atos, a global leader in digital transformation, today launches the Atos Joseph Fourier Award 2018 in partnership with GENCI (French National Equipment for Intensive Computing). This award follows the 250th anniversary of the birth of famous French mathematician and physicist Joseph Fourier, whose work has largely contributed to the mathematical modeling of physical phenomena, which is at the heart of digital technologies today. 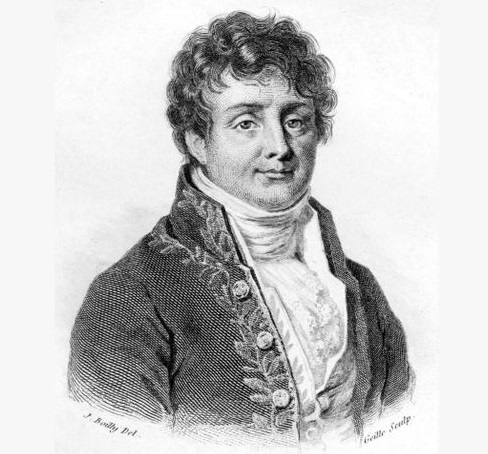 The Atos Joseph Fourier Award 2018 rewards a person or a team for the excellence of work carried out within a French laboratory, public or private, and aims to accelerate research and innovation in three key areas for society:

Digital simulation has become an essential tool for research, innovation and business competitiveness and is used in almost every scientific and industrial field, including the research of new medicinal drugs, the study of weather evolution, the modeling of earthquakes and the development of new materials for the automobile and aeronautic industries.

By understanding, predicting and prescribing behaviors, artificial intelligence provides various solutions across a wide range of areas such as medical diagnosis, including treatment of diseases that are currently incurable, financial markets and cybersecurity.

Exploiting the properties of quantum particles is at the root of the main innovations of the 20th century (laser, transistor and GPS for example); quantum computing should theoretically be able to solve ultra-complex problems in an unprecedented time and accelerate Machine Learning and prescriptive studies.

The Atos Joseph Fourier Award 2018 will award each winning entry with a prize of 10,000 euros and will give participants up to 200,000 hours of machine time on GENCI supercomputers.

The applications will be evaluated by a jury made up of individuals, representing the French scientific and industrial sectors, who will nominate the winners of the Atos Joseph Fourier Award 2018. Applications must be submitted by June 8, 2018. The awards ceremony will be held in July 2018.

The previous edition of the Atos Joseph Fourier Award awarded two teams of researchers based in France working respectively on ultra-rapid diagnosis for heart disease and stroke, and the development of the "Material by design" approach, which aims to revolutionize the development of new materials.

Other European editions of the Atos Joseph Fourier Award will take place after the completion of the French and Czech ceremonies.

GENCI, National Equipment Intensive Computing, is a civil society owned 49% by the State, represented by the Ministry of Higher Education of Research and Innovation (MESRI), 20% by the CEA, 20 % by the CNRS, 10% by the Universities and 1% by Inria. Born from the political desire to place France at the best European and international level in the field of intensive computing, with the weight of the association of main actors of the academic research and the support of the public authorities, GENCI pursues three great missions since its creation in 2007: to finance and coordinate the implementation of a strategic plan of equipment of national centers of computation intensive for the civil research; to be a major player in the organization and the realization of a European space for intensive computing for research (as such, GENCI represents France within PRACE); to promote simulation and intensive computing in basic and industrial research. For more information: http://www.genci.fr/en