Following on from video games, real estate, mass distribution or even medicine, virtual reality is now making an entrance on the scene! The production ‘24/7’ mixes virtuality with reality in a 100% immersive show, thanks to the virtual reality solution co-created Atos and INVIVO, which came up with the initial idea of the device. 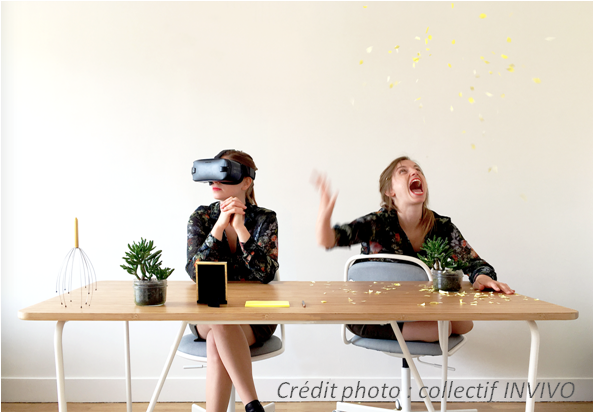 Atos helped develop the technological solution for INVIVO’s artistic project. It enables alternating immersive 360 ° videos and real scenes played by actors, to be transmitted via camera phone and then placed in VR (Virtual Reality) headsets.

This initiative was supported by ISIMA (Higher Institute of Computer Science for Modeling and Applications), a computer engineering school in Clermont-Ferrand, with which Atos has already been collaborating with for several years: "We are very happy to have contributed to the realization of this innovative show that integrates virtual reality into the theater world. Our expertise in emerging technologies has enabled us to offer an innovative solution and thus enrich the viewer's experience with new perceptions and sensations, "says Steve Péguet, Director of Innovation at Atos France.

INVIVO adds: "We focus our artistic research on the perception of the viewer and our relationship with the different technologies. For ‘24/7’, which has a theme of sleeping and dreams, we wanted to create a complete dream and sensory universe through exploring further the possibilities of emerging the viewer through virtual reality. Atos enabled us to implement what we imagined. "

The premiere took place at “Théâtre des Îlets” in Montluçon in January and then at “Gaîté Lyrique” in Paris, on February 10th and 11th. Performances will continue during the year throughout France.

For more details about the show: https://www.collectifinvivo.com/

For more details about innovation at Atos: https://atos.net/en/insights-and-innovation