Marking the first anniversary of the launch of the program, the members of the Scientific Council - assembled under the chairmanship of Thierry Breton – reviewed the first commercial successes of the Atos Quantum Learning Machine (Atos QLM) as well as the new technological horizons of Atos Quantum. 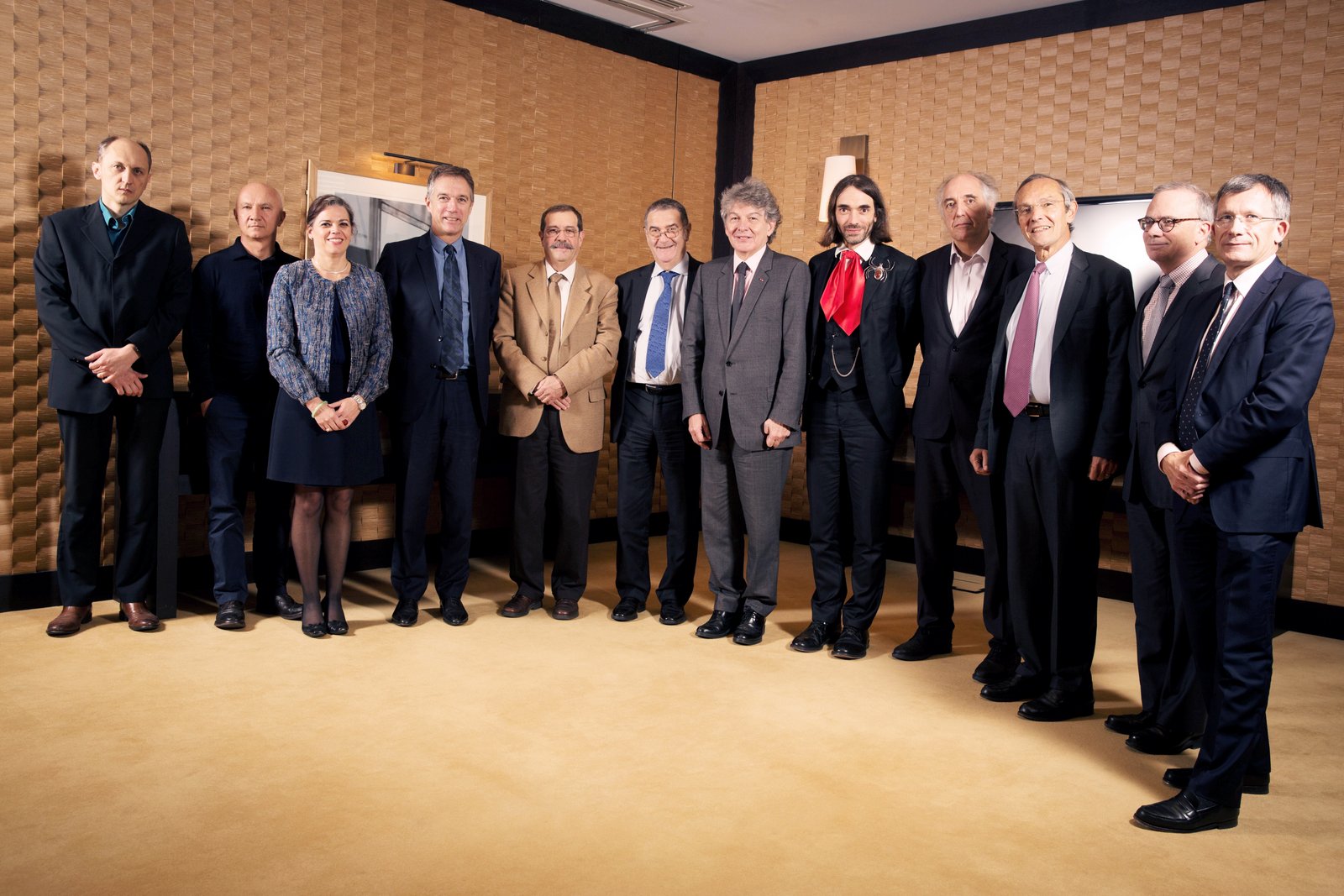 A transatlantic commercial success for the Atos QLM, less than six months after launch

After having presented the Atos QLM, the world's most powerful quantum simulator, in Brussels last July, Atos delivered less than six months later – on November 13 2017 – a copy of its machine to Oak Ridge National Laboratory, Tennessee, the Department of Energy’s largest multi-program science and energy laboratory. Installed on-site, the Atos QLM offers US researchers and engineers the opportunity to develop and test the quantum applications and algorithms of today on the computer of tomorrow.

Since its launch, the machine – capable of simulating up to 40 quantum bits (Qubits) – has been the subject of permanent innovations by Atos quantum teams.

Among these innovations, researchers at the Atos Quantum laboratory work in particular on the integration of "quantum noise" models, a particularly useful improvement for researchers working on Qubit architectures.

In parallel with its quantum simulation work, the Atos Group also participates in the development of new standards of so-called "quantum-safe" algorithms, i.e. those capable of withstanding quantum attacks in order to make current applications (the Internet, e-commerce, personal data) inviolable by quantum methods. As such, the Atos Group has responded to a recent call for proposals launched in the United States by the National Institute of Standards and Technology (NIST).

The highly innovative nature of the Atos Quantum program is recognized not only at an international level but also at a regional level. For example, at the presentation of the Smart Region Initiative Plan (2018-2021) on November 21, which is aimed at making the Île-de-France the first smart region in Europe, Valérie Pécresse, president of the Île-de-France Regional Council, stressed the immense technological and industrial contribution that quantum computing embodies. It is within this framework that the Île-de-France region will donate up to 5 million euros in research and development to the Atos Quantum laboratory located in the clays-sous-Bois in Yvelines.

“We are delighted of the tremendous progress that the Atos Quantum program has made as of today. In only 12 months, our teams have been able to translate the advances of our research laboratory to industrial use. The first commercial successes of the Atos QLM demonstrate the need to advance the quantum computer and exceed the current limits of physics. Thanks to their work in R&D, the Atos Quantum teams, supported by a unanimously recognized scientific Council, and sustained in particular by the Île-de-France region, enable researchers worldwide to test today the specific algorithms that will give future quantum computers their power, especially in applications related to artificial intelligence.”

Quantum computing should make it possible, in the years to come, to deal with the explosion of data, which Big Data and the Internet of Things bring about. With its targeted and unprecedented compute acceleration capabilities, notably based on the exascale class supercomputer Bull Sequana, quantum computing should also promote advances in deep learning, algorithmics and artificial intelligence for areas as varied as pharmaceuticals or new materials. To make progress on these topics, Atos intends to also put in place several partnerships with research centers and universities around the world.

July 2017: Launch of the Atos QLM, the world's most powerful quantum simulator

On 4 July 2017, Atos launched the Atos Quantum Learning Machine, the world's first commercially available machine-system capable of simulating up to 40 quantum bits (Qubits). Combined with a universal quantum programming language, the Atos QLM enables researchers, students and engineers to develop and test today the quantum applications and algorithms of tomorrow.

November 2017: Delivery of the Atos QLM to the US Department of Energy

Less than six months after the launch of the Atos QLM, Atos delivers a copy of its machine to Oak Ridge National Laboratory, Tennessee, the Department of Energy’s largest multi-program science and energy laboratory.