As of today, every IT component of the Olympic Games, in relations to communications, media, sports and technology security systems has been fully tested and assessed by Atos in partnership with the Rio 2016™ Organizing Committee of the Olympic Games and other technology partners. The comprehensive Technical Rehearsal is designed to test readiness based on the three busiest days of the Games, which are expected to be August 9, 10 and 12, 2016. 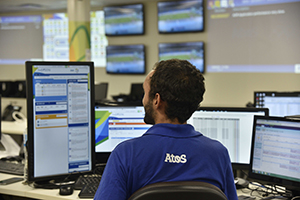 This second Technical Rehearsal is the final step in Atos’ rigorous testing strategy to support the most connected and digital enabled Games ever. It represents the culmination of more than 200,000 hours of IT testing including testing the technology at the 44 sport test events, which took place between August 2014 and May 2016 and testing those IT systems, such as Accreditation and the Volunteer Portal, that are managed in the cloud for the first time at an Olympic Games.

During the final Technical Rehearsal the Atos team and its technology came up against nearly 1000 pre-defined operational scenarios, including a flood, network disconnection, power failures, changes to the competition schedule and security attacks, across the 22 Olympic venues.

“Atos is leading the Olympic Games’ IT transformation that will enable a fully connected global experience for the hundreds of thousands of sports fans at the Olympic Games venues in Rio as well as the billions of expected viewers around the world,” said Patrick Adiba, Group Chief Commercial Officer, CEO of Major Events at Atos. “The final Technical Rehearsal is just one of many key milestones in Atos’ Olympic Games journey. Testing both the technology systems and our teams’ readiness is crucial to deliver flawlessly the largest sports IT contract in the world.”

The team and system were assessed to how they responded to each circumstance, allowing and enabling to test, create and tweak full responses to nearly any situation for the upcoming Games.

“Much like the 7,000 athletes who participated in the testing events, 450 IT professionals from Rio 2016™ Organising Committee of the Olympic Games, Atos and other technology partners have now vigorously undergone 200,000 testing hours of its IT systems ahead of this year’s Games,” said Elly Resende, Rio2016 Technology Director. “By simulating real events at real venues under conditions very close to those during the actual Games allows us to fully prepare all the key players involved to ensure a successful Olympic Games.”

Atos has provided IT solutions to the Olympic Games since 1992 and is a crucial partner in the digital transformation of the Games for Rio 2016.

Atos SE (Societas Europaea) is a leader in digital services with pro forma annual revenue of circa EUR 12 billion and 100,000 employees in 72 countries. Serving a global client base, the Group provides Consulting & Systems Integration services, Managed Services & BPO, Cloud operations, Big Data & Cyber-security solutions, as well as transactional services through Worldline, the European leader in the payments and transactional services industry. With its deep technology expertise and industry knowledge, the Group works with clients across different business sectors: Defense, Financial Services, Health, Manufacturing, Media, Utilities, Public sector, Retail, Telecommunications, and Transportation. Atos is focused on business technology that powers progress and helps organizations to create their firm of the future. The Group is the Worldwide Information Technology Partner for the Olympic & Paralympic Games and is listed on the Euronext Paris market. Atos operates under the brands Atos, Atos Consulting, Atos Worldgrid, Bull, Canopy, Unify and Worldline.