Over the past seven months, Atos’ 2020 Million Makers team, Team Empower, has been taking part in the annual Million Makers fundraising competition in aid of The Prince’s Trust. Young people have faced greater difficulties due to COVID-19 including disruptions to vital education, training and job opportunities. The Prince's Trust is a charity that aims to support young people in building their confidence and skills as well as starting a career. 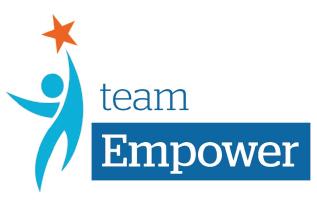 Due to restrictions from the pandemic, fundraising from traditional Atos Million Makers events were unable to take place. Despite this, Team Empower found new and innovative ways to fundraise virtually such as e-gaming tournaments, three virtual expeditions and fundraising challenges with Atos' Executive Leadership team. Team Empower were also able to use the Million Makers competition as an opportunity to help boost morale and connect Atos employees, friends and family throughout the pandemic.

Clay Van Doren, CEO UK&I and CEO Northern Europe, said: “Team Empower had to quickly adapt and change their plans due to the pandemic, but despite the challenges they managed to raise a staggering amount of money throughout their Million Makers’ campaign through creativity and determination. They organised virtual expeditions, a virtual escape room, a virtual auction and much more, all of which brought us together to raise money for The Prince’s Trust. Well done to the 16 graduates and apprentices for their hard work and perseverance over the past months!”

Sarina Patel, Team Empower Chair, said: “Although the team faced some major setbacks and challenges along the way, it was with great resilience, determination and creativity, that we were able to showcase some new and exciting virtual fundraising initiatives across several Atos locations globally.”

Team Empower were able to fundraise over £115,000 from solely virtual initiatives. They were also named as runners up for the ‘Dream Team Award’ at the Million Makers virtual awards ceremony.