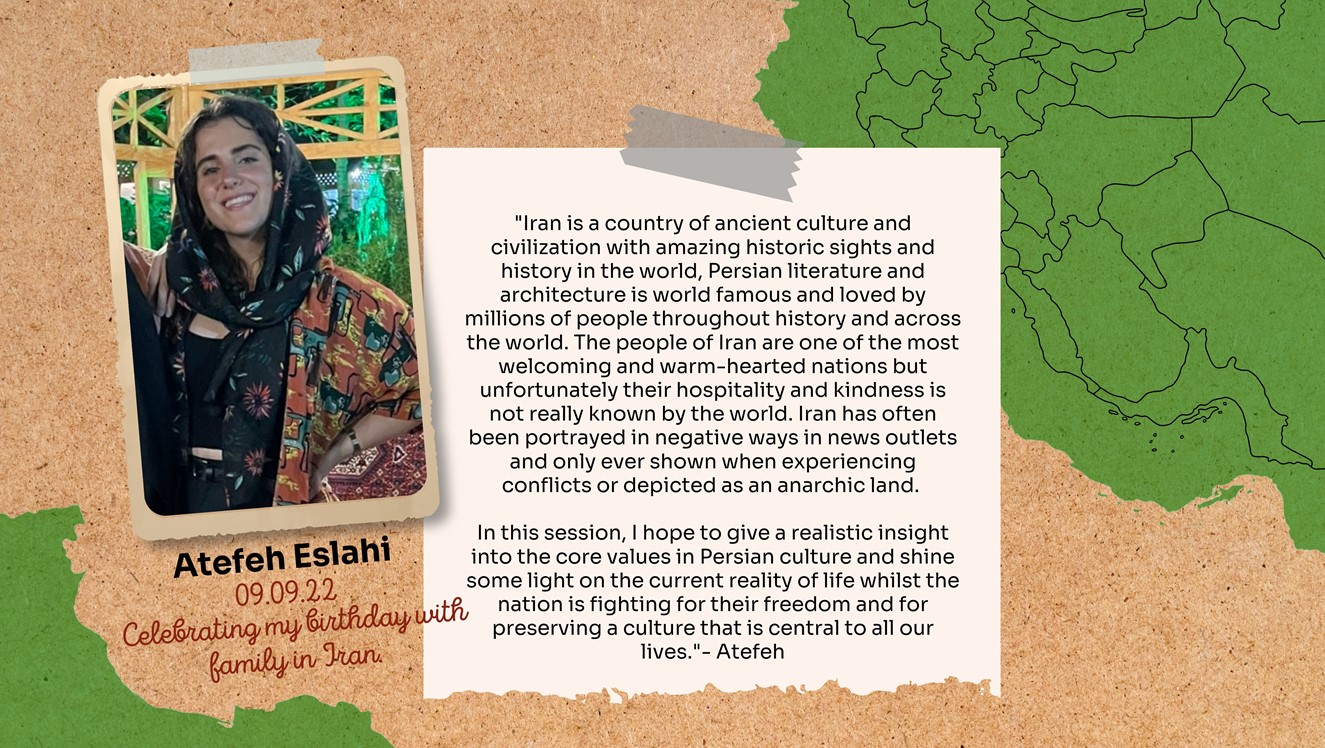 The Together Network hosted an open discussion, at the Mid-City Place office in London, around Iranian culture and the cause of recent protests, to raise awareness of Iran and its citizens’ lives. Atefeh Eslahi spoke passionately about her country of origin, Iran, as well as her personal experiences of the ongoing Iranian protests.

During the insightful session, Atefeh spoke about Iran’s culture, detailing its rich history, family and community-orientated values as well as the hospitality that is a staple of the culture. Iranian celebrations include Persian New Year, which is determined by the seasons and the solar calendar, and Shab-e Yalda; the longest night of the year.

Atefeh also discussed Iran’s current political and social affairs unrest. The ongoing protests are, according to Atefeh, a culmination of economic and societal problems such as the morality police enforcing religious rules with the consequence of prison or death. The people of Iran are fighting for their freedom and to preserve their culture. The protests have escalated as unity amongst people of different backgrounds has increased.