Scientific team and business representatives from Bulgaria and Europe can now submit a project proposal for the computational resource of the Bulgarian petascale supercomputer “Discoverer”, which is part of the network of high-performance machines of the European Union – European Joint Undertaking for High-Performance Computing – EuroHPC JU.

This became clear during a press conference on the occasion of the official commissioning of Discoverer, which took place in Sofia Tech Park on October 21, 2021. The event was attended by the Commissioner for Innovation, Research, Culture, Education and Youth Maria Gabriel, the Executive Director of EuroHPC JU Anders Dam Jensen, the deputy Minister of Economy Krassimir Kiryakov, the Minister of Education and Science Prof. Nikolay Denkov, the Deputy Mayor of Sofia Doncho Barbalov, Atos Chief Technology Officer for High-Performance Computing Jean-Pierre Panziera, Vladek Šlezingr, CEO at Atos in the Czech Republic, representatives of business organizations and companies from the ICT sector, chambers of commerce in Bulgaria and others.

“Those wishing to use the machine can submit their project proposals, which will be considered by a specially formed Permanent Expert Council of specialists in the field of high-performance computing, as well as the relevant scientific communities” explained the Chairman of the Supervisory Board of Sofia Tech Park and Executive Director of Petascale Supercomputer Bulgaria Peter Statev. In the first phase, until December 31, 2021, can be applied for projects aiming to determine and optimize the performance of the machine for specific scientific or applied tasks.

At the next stage, after January 1, 2022, the application will be for projects related to research and technological development, and the procedure will be announced publicly by both the Bulgarian side and the EuroHPC JU. Projects will be considered for compliance with the capabilities of the machine and available resources, and will be approved and ranked according to priorities and deadlines.

“The ambition of the Bulgarian team is to create conditions for the use of ‘Discoverer’ not only for scientific research, but to create a platform for its use by business as a service (HPCaS). In nowadays world, data is asset of the highest value and our ability to prepare, process and analyze different classes of data is key to competitiveness. No less important is the integration of ‘Discoverer’ into the system of national scientific infrastructure and the joint and effective use of investments in the Centers of Excellence and Centers of Competence. Being part of the European family of supercomputers and teams, I am convinced that we will be a significant tool for the digital transformation of Bulgarian industry and society. At the same time, we remain open to joint research and technological development with European and regional partners“, added Mr. Statev.

“Today, with joint efforts, we are strongly positioning Bulgaria on the European and world map of high-performance calculations. The acquisition of the supercomputer is proof of the real potential of Bulgaria to be a regional digital and innovation leader. Discoverer sets future strategic guidelines for work in order to make sure that its opportunities are from benefit for Bulgaria, its talents, start-ups, and industry,” said Maria Gabriel, EU Commissioner for Innovation, Research, Culture, Education and Youth.

“I am delighted to welcome “Discoverer” to our growing family of EuroHPC supercomputers, thanks to the tireless work of Sofia Tech Park. Discoverer is a very important milestone towards meeting our objective of making Europe a global leader in high-performance computing. Discoverer will significantly increase the computing power currently available in Europe. It will drive innovation, power research and support the digital sovereignty of Europe“, stated during his address Anders Dam Jensen, the European High-Performance Computing Joint Undertaking (EuroHPC JU) Executive Director.

“With our BullSequana XH2000, Atos brings to the market a no-compromise, highly flexible, Hybrid Computing solution for today’s and tomorrow’s real-life problem-solving. The supercomputer will put Bulgaria at the forefront of HPC in Europe. We are really proud to be able to offer such powerful computing resource to European researchers”, commented Jean-Pierre Panziera from Atos. 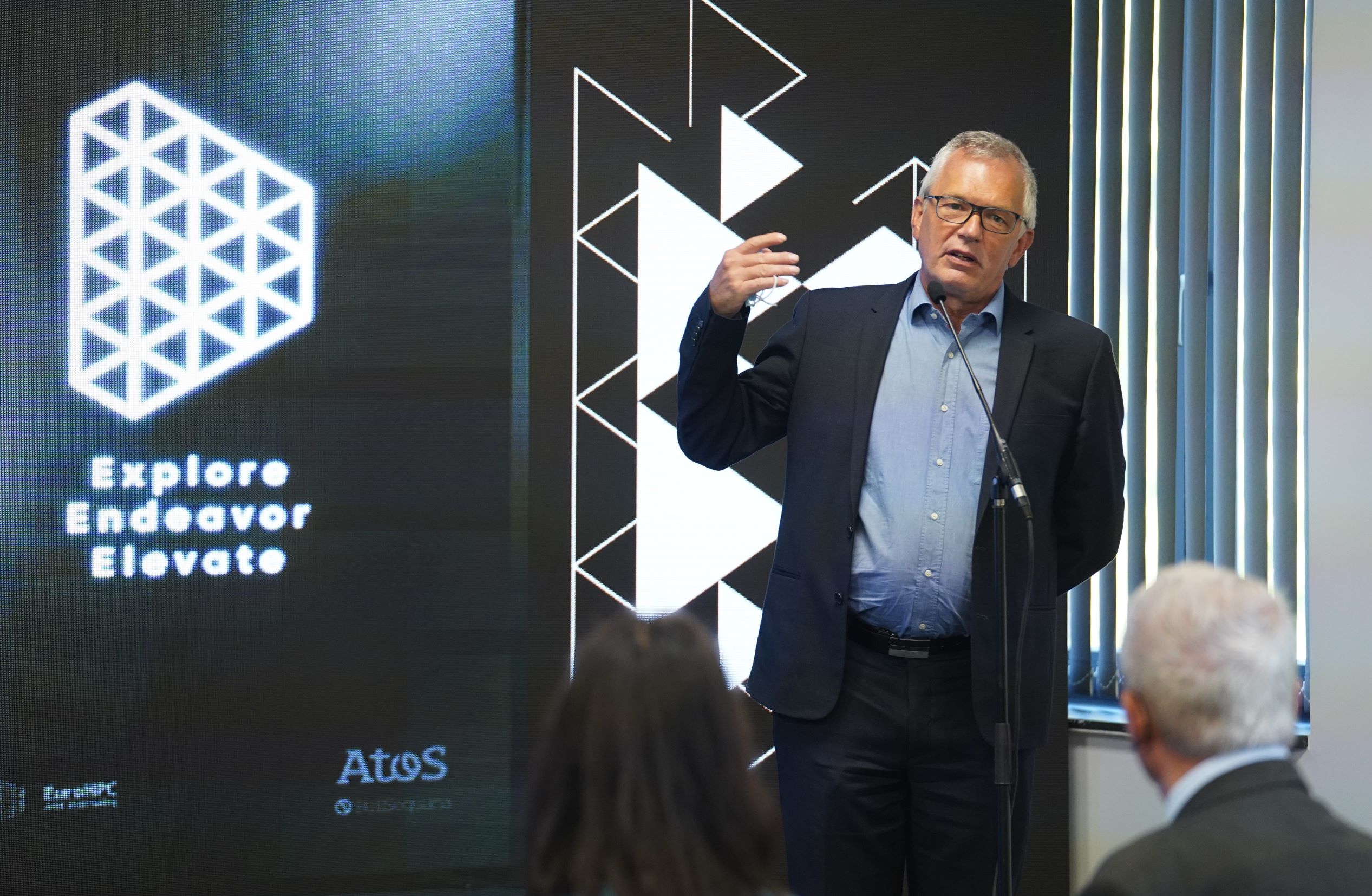 Discoverer with its computing power of 4.5 petaflops and a top performance of 6 petaflops is ranked after specialized tests in 91st place in the world’s independent expert ranking of high-performance machines – TOP 500. The machine is manufactured and delivered by the global leader in digital transformation – Atos. It has over 30 specialized applications that allow it to solve problems in various applied fields of science. The inclusion of “Discoverer” in the TOP 500 ranking has already put our country on the world map of countries with highly productive computing resources and is a prerequisite for its transformation into a digital hub in Southeast Europe.

The project for creation of a Bulgarian supercomputer from the EuroHPC JU network is implemented by the Petascale Supercomputer Bulgaria Consortium with participants Sofia Tech Park AD, the National Center for Computer Applications Association and the Strategic Center for Artificial Intelligence. The consortium combines the knowledge of the member organizations and over 15 years of experience of Bulgarian scientists and engineers. The project is funded by the budgets of Bulgaria and EuroHPC JU.

The main goal of Discoverer is to stimulate scientific and applied research based on the use of technologies for high-performance computer modeling, optimization and simulation.

The capacity of the machine can be used in many application areas for the needs of a large number of public and private users, including small and medium enterprises at Bulgarian, regional and European level. The system will be optimized to work in many scientific fields, such as bioinformatics, pharmacy, molecular dynamics and mechanics, quantum chemistry and biochemistry, artificial intelligence, personalized medicine, bioengineering, weather forecasting, natural disaster notification and development of crisis plans to overcome them, preparation of optimal strategies for combating climate change, etc.

The capacity of the computer system in Bulgaria will be supplemented by 4 more petascale supercomputers, part of the EuroHPC JU network, which will be positioned in Luxembourg, Slovenia, the Czech Republic, Portugal, as well as 3 next-generation pre-exascale supercomputers in Finland, Italy and Spain. The main goal of the European network of supercomputers is to promote scientific activity with application in industry and to create favorable conditions for the development of an even better and more competitive European economy. 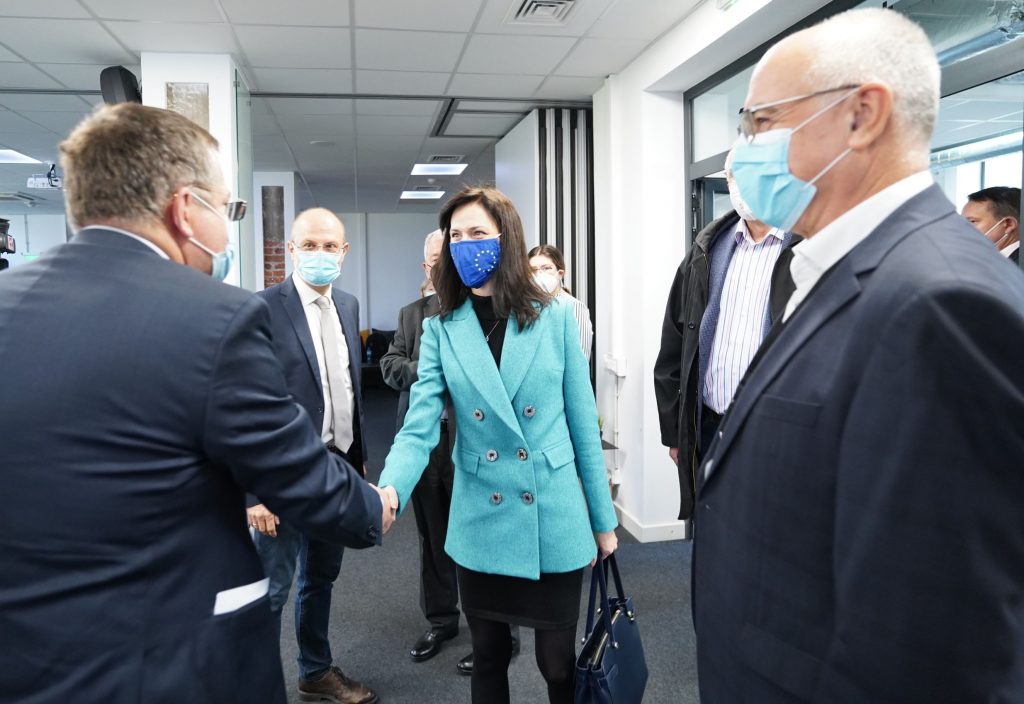