Rudy Montoya is the Atos Client Executive Partner for Texas DIR. An experienced technology executive with a demonstrated history of working in the information technology and services industry, Rudy joined Atos in 2019. Previously, he served over thirteen years in the office of the Texas Attorney General, his last 7 years in the role of Chief Information Officer. Rudy brings a breadth of experience spanning software development, policy analysis, business process improvement and security. In 2016, he was awarded the honor of Texas Public Sector CIO of the Year by the Texas Public Sector CIO academy, recognizing his exemplary leadership, strategic vision, innovation and collaboration. This was preceded by the 2015 Texas Public Sector IT Executive of the Year award, presented to him by Innotech Austin, an annual conference for IT professionals.

In addition, Rudy has always actively engaged in numerous aligned professional associations and groups, including the Texas Digital Government Summit, Texas Association of State Systems for Computing and Communication , Texas Association of School Boards, TASB Local Government Purchasing Cooperative Board, Leadership Austin – Class of 1994, and the Austin ISD Board of Trustees.

Rudy is a graduate of Texas A&M University, and a dedicated community volunteer for a variety of causes. 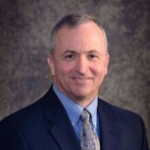 Harold Gilchrist is Chief Technology Officer for Texas DIR and Vice President, Service Delivery for Atos. A 30-year veteran in the IT industry with a background that comprises the Retail, Telecommunications and Technology industries, Harold has been with Atos and its acquisition Xerox, since 2010. During that time, he has been dedicated to the Texas DIR account, and is responsible for and oversees all aspects of solution delivery contracted to Atos. Harold has significant expertise with data center consolidation, and a breadth of knowledge across operations, application development and support, technical support and enterprise architecture.

A graduate of the University of Georgia and Bulldogs supporter, Harold is also a keen cyclist. 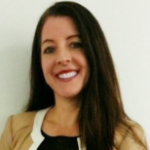 Deirdre Somers is the Atos Client Executive for Texas DIR, responsible for developing the customer relationship for Atos under the current State of Texas contract with the Department of Information Resources for Texas Private Cloud and Mainframe Services. Her particular focus is on supporting strategic initiatives for current and potential new SLED customers. Deirdre joined the Atos Public Sector and Defense team in 2018 as a Customer Service Operations Manager to two State agencies, providing operation services management for several service towers, contractual ITIL practices and IT program services. Deirdre is a HopeTech Volunteer, a program reaching out to communities that are underserved by technology, with a focus on senior adults. She is also an active member of the Texas Association of State Systems for Computing and Communications.

Prior to joining Atos, Deirdre worked for Capgemini in several progressively senior roles centered on Cloud Infrastructure services. In addition, she was a participant in Capgemini programs focused on mentoring women in IT leadership. Deirdre holds a B.A. from Molloy College and has ITIL certification. 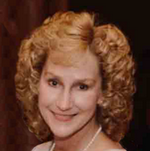 Prior to joining Atos, Christine worked for Dell Technologies/EMC, Deloitte Consulting/BearingPoint, and Lucent Technologies/Avaya. She lives in Littleton, Colorado, and enjoys spending time with her son, cooking, traveling, and certifying her Golden Retriever as a therapy dog. She has participated in the Dell Women in Action Employee Resource Group, the CompTia Health Services IT Advisory Group, and represented Dell EMC as a Founding member of the Governing Women in Government Leadership Program. 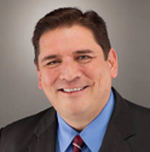 Tony is a well-respected and sought after thought leader for large scale technology operations, cloud strategy, digital transformation and cyber security. Tony is a retired United States Naval Officer, with over 30 years’ experience in Information Technology with the Department of Defense, state government and private sector. During Tony’s distinguished military career he served in leadership roles for the Space and Naval Warfare Systems Command, the Department of the Navy, Chief Information Officer and the Defense Information Systems Agency – Defense Enterprise Computing Center, Mechanicsburg, Pennsylvania.