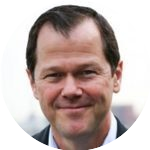 Global leaders will shortly gather in Glasgow for the 26th United Nations Climate Change Conference, COP26. This event will be the most important milestone in the global fight against climate change since the Paris Climate Agreement was signed in 2015. In the six years that have passed since the Paris Agreement was reached, it is fair to say that results have been mixed. While significant progress towards cutting emissions has been made, the pace of this change is far behind what is needed to avoid catastrophic climate change becoming a reality.

Ahead of the COP26 Summit, Atos has dedicated the latest entry in our Digital Vision series to examining the role digital can play in making net zero a reality. Bringing together contributions from Atos’ own experts, as well as senior figures from the worlds of business and politics, this report shines a light on how digital solutions are essential to achieving a decarbonized future.

Businesses are rising to the challenge of delivering net zero by the middle of the century, with a growing number announcing plans to dramatically decarbonize their operations. Atos is at the forefront of these efforts, being ranked Number 1 in the IT services sector by the Dow Jones 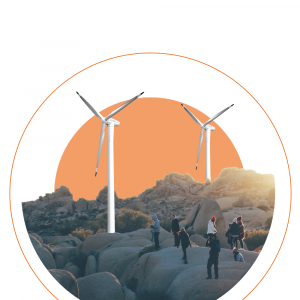 Sustainability Index (DJSI) for the last two years running. However, there is a need for businesses to accelerate the action they are taking. For Atos this has meant bringing forward our target for achieving net zero to 2028, seven years ahead of the 2035 target we previously set. We have also committed to reducing the global carbon emissions under our operational control and influence by 50% by 2025 and to offset all our residual emissions by 2028. The decision has been motivated by the success of Atos’ decarbonization plans, which have already materialised into a reduction of the Group’s global carbon emissions by 15% in 2020 (from 3.3 to 2.8 M Tons CO2). However, action from individual businesses is not enough because we are all in this fight together. It will take a concerted effort from policy makers, businesses and the general public to ensure we successfully manage the threat of climate change.

Accelerating this progress towards net zero will mean transformative change across society, as well as within businesses and how they operate across their value chains. Central to achieving this will be using existing (and future) technologies to improve efficiencies and reduce emissions across all aspects of our lives. Covid-19 has already shown that global challenges not only require unified global action, and that we can successfully use the technologies we have available today to shift to a more sustainable way of living and working. As the world emerges from the shadow of the pandemic we must continue to look ahead to delivering on the promises made in Paris in 2015 and later this year in Glasgow, and recognise that the application of decarbonized digital technologies will be one of the most powerful tools we have to deliver on those goals and make net zero a reality.