Responsive mainframe for a digital world

Atos mainframe servers have always been able to evolve in order to integrate the latest technologies, especially to take into account the processing of very large data volumes, to integrate into the Cloud or to deploy Big Data applications.

BullSequana M is the new range of mainframe class servers with unmatched features. Designed by Atos engineers, based on the latest Intel® Xeon® Scalable processors and a highly flexible and modular architecture, BullSequana M servers benefit from the latest  technological features such as virtualization.

Both of them propose a virtualized version in addition to a “classical” one.

As a result:  TCO reduction and an optimized integration within data center infrastructures. 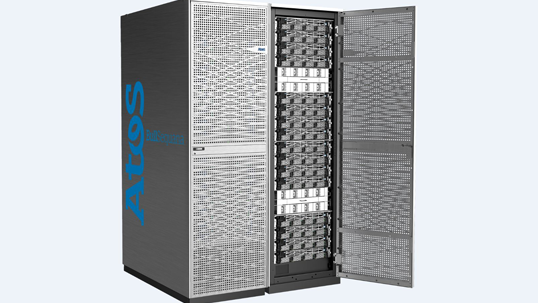 With BullSequana M, Atos customers can have access to mainframe-class servers with unrivalled features for their applications