It is time to accelerate the fight against climate change. We are tapping into the power of digital technologies and their identified potential to reduce carbon emissions by up to 20 percent in other sectors.

The acquisition of EcoAct in 2020 has enabled us to further develop our dedicated portfolio. We now offer CO2 reduction commitments through DLAs (Decarbonization Level Agreements) in all large contracts. These commitments, which are measurable and auditable by third parties, bind Atos to indemnify clients if the year-over-year carbon reduction contractually agreed commitments are not met.

During this webinar, we will present how we are supporting our clients on their journey to Net Zero through both our own decarbonization ambition and our Atos to Zero offering. 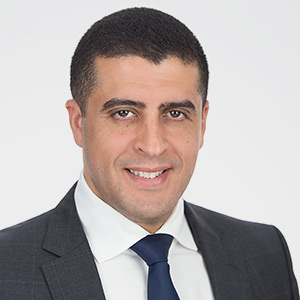 Nourdine Bihmane is CEO of the Growing Markets Regional Business Unit (South America, Africa, Middle East, Turkey, India and Asia Pacific), Head of Decarbonization and Chief Marketing Officer of the Atos Group. He joined Atos in 2002 working for various clients and in sales roles. He was quickly promoted to management positions in Spain and North America before being named in 2019 Head of Business & Platform Solutions, Public and Regional Business and member of the Atos Group Management Committee. Nourdine graduated as an engineer from CNAM in France and holds executive degrees from Princeton University and INSEAD. He is also an active member of the International Red Cross and Red Crescent Movement. 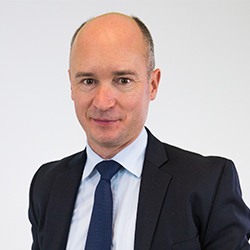 Philippe Mareine is Chief Digital & Transformation Officer and Head of CSR for the Atos Group. He is in charge of the Atos Scientific Community, a global network of 150 scientists crafting the Group’s vision for the future of technology in business. Philippe was previously Head of Group Human Resources, a role he assumed in 2014 when he moved to Munich. Before joining Atos in 2009, he held several positions in the French Ministry of Economy and Finance. Philippe is a graduate of Ecole Polytechnique and Ecole Nationale d’ Administration and holds a degree in military engineering. 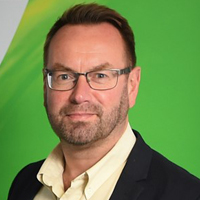 Jon Selby has worked for Tier 1 since 2006, becoming responsible for the relationship with Atos in 2013. In that time, he has overseen some of the largest secure and sustainable IT disposal projects in both central Government and private sectors.

Jon is an industry member of the UK Government’s DEFRA-led ‘Greening ICT Delivery Group (GDU)’ and has headed all of Tier 1’s ADISA (Asset Disposal & Information Security Alliance) audits with a 100% success rate that has ensured the highest possible pass of the ADISA standard.

In 2019, Jon created Tier 1’s submission that resulted in a Queen’s Award for Enterprise that recognised Tier 1’s commitment to genuine social value and sustainability in the field of end of lifecycle ICT.