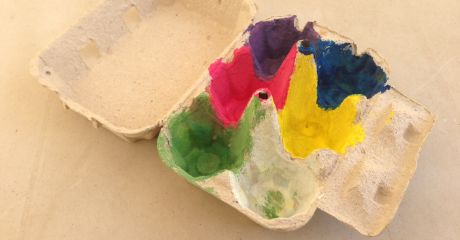 Most of you have probably faced that question at least once : should I accept people I don't know in my social network ?

We like to manage our relationships through social circles. Even if popularity and large numbers of friends/followers/contacts always flatten the ego, we also like having several restricted circles and don't communicate the same way with people we know than with complete strangers.

That is why we struggle with groups and filtering in Facebook, and even sometimes use multiple social networks or multiple accounts to manage our various circles. Antony Bradley (Gartner) illustrated that very well in a blog article called "Social Media is for Personas, not People".

However, I see 4 key drivers that should lead us to limit this segmentation and systematically extend our social network to people we don't know:

1. The power of weak ties

Mark Granovetter wrote its visionary article "The strenghs of weak ties" in 1973, and this still perfectly applies to social networking today. One key point raised is the fact that people that know each other very well and have strong ties are likely to share many contacts (the embeddedness concept). In some situations like looking for a new job, it is then more useful to rely on people you don't know well (the weak ties) because they are likely to give you access to a different network.

2. The Power of avoiding complacency

Advise, reviews, collaboration can quickly be biaised as soon as there is an emotional investment in the relationship. Your friends, family and closed colleagues can be afraid to tell you the truth. That is also why you like them: they pay attention not to hurt you and do their best to cheer you up. But complacency can be a leased comfort, and people you don't know are likely to be more neutral and factual. To really progress it is sometimes important to confront its ideas and productions to an hard reality.

3. The Power of the crowd

Since ages, people rely on their social network to start and grow their business. Bill Hewlett or Steve Jobs started business in their parents garage. Business books are full of stories of very successful entrepreneurs who started thanks to an handful of dollars given by daddy. Kickstarter has not invented anything, but it helped to move from starting a business funded by friends and family to crowd-funding. The real value of Kickstarter is to give access to a wide network of people you don't know, and this proves to be very efficient.

Beyond crowd sourcing and crowd funding, having a larger network always give you more chances to reach the one who know or the one who can help. That is also why you should not restrict to people you know.

Too often, people share information, pictures and personal data online based on the assumption that it will never exit the small circle of happy few they have carefully chosen and that have access to it, thanks to precisely crafted segmentation of access rights. To some extend that is logical, this enables to have a lot of fun sharing pictures of your last party with your friends without ruining the 'serious, smart and polite' image you're struggling to show to your boss. Unfortunately, the prolific web of "ex-girlfriend pictures" is a clear demonstration this approach is flawed.

Having people you don't know is also an everyday reminder that privacy is more than weak on the web, regardless of the illusion given by segmentation features of social apps. Thinking twice before publishing data you would not be ok to share with anybody is always the safe approach.

So go on the 'public' side of social networking. New collaboration and communication apps are fantastic tools to get access to thousands of people you don't know. Use them as such, they can bring you as much and maybe more than the dozens of people you really know