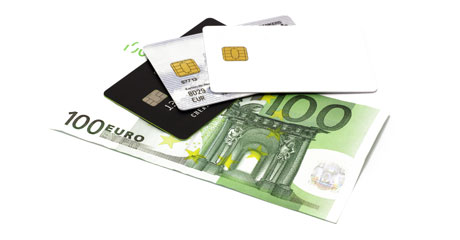 Some believe it will only be three to five years before money goes out of fashion and a truly cashless society emerges. So, let’s tackle that intriguing question for 21st-century citizens.

If you have ever tried to avoid using notes or coins in your day-to-day life, you should be able to answer the question: What’s life like without having any real money in your pocket?

I don't think it is really hard to live without cash, except for those handful of occasions when it is really impossible. For example, from weekend village markets to shoe shine stalls, there are still outlets where only cash will seal a deal, even in today's age of smartphones and online technologies.

Although, if you look at the high costs attached to producing coins, especially pennies and cents, we soon won't accept the fact and the economics that minting these coins is more expensive that their actual value.

In the years to come, we will face a full digital environment in which we move more and more towards a cash-free civilization.

- In Sweden, for example, the country's public buses no longer accept cash. Tickets must be prepaid or purchased by passengers with a cell phone text message. A growing number of Swedish businesses and banks have also stopped accepting cash.

- In Canada, people are using the product of the future, a digital replacement for coins. This is a digital currency concept, backed by the Government of Canada, that enables digital transactions and can be denominated in a variety of currencies.

Other considerations, the increase in criminal activities that raises big concerns in everyone's minds about how to ensure that payments are as secure as possible.

However, we may not be that eager to see cash go the way. Travelling the world you will find a lot of places - like in India - where people use cash every day and cannot function without it.

But in recent study you can see that the mobile banking market is currently most advanced in East Asia, but that growing numbers of mobile banking services are now being offered in North America and Western Europe. I therefore expect India to follow soon.

With total mobile payments expected to reach $600bn in 2013, the technology to support such systems is now widely available. When it comes to actual consumer adoption, only payments where transactions are carried out using a mobile device, is currently enjoying the greatest popularity.

Personally I don’t think that we are ready to adapt. I still like the tangible nature of cash, crisp Euro banknotes and shiny coins. I also like being able to grab a few coins and walk through a marketplace to get some fresh or organic food on a Saturday morning.

There are still hurdles that need to be cleared before moving the system into the mainstream.

Ultimately, I see mobile payments as being as usable, valuable, secure and flexible as cheques have been for years.

But for this all to happen, all parties need to take the IT-lead. Banks with their financial services, mobile carriers, operators and mobile device developers are key in remaining at the centre of all this technological change.

Together they have to embrace it and make it as widespread and as interoperable as possible.

Each of the stories in the new Ascent magazine ´Promises of a converging world´ can tell us something about the upcoming changes that await us all sooner or later.