Watch this space: Three reasons to change the Internet now

Times are changing and we all need to adapt. The internet has had a major impact on all of our lives and continues to be a growing force in all aspects of society; in personal interactions, in knowledge management and the way we do business. 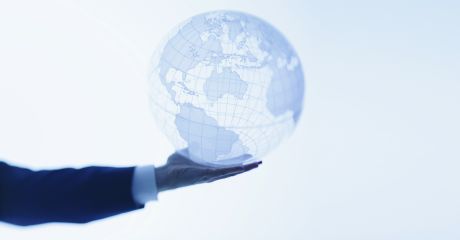 In an upcoming whitepaper of the Atos Scientific Community, this evolution of ‘the net’ is described and put in the context of the additional functionality we now expect from our interactions on the internet. The authors challenge the current technology stack that is making up the many, many connections and network capabilities that have to be served to make the internet do what it is supposed to do.

There seem to be good reasons to have a good look at this technology evolution and make some choices to continue to enjoy the internet:

1. Because of the cloud computing trend, more and more traffic is concentrated between several internet powerhouses; Facebook, Amazon, Google and Microsoft. The distributed nature of the original internet simply does not exist anymore.

2. Because of the huge increase in mobile internet usage, the way that information is accessed, changed and presented is different from the past models – the existing networking functionality is not optimized for this type of usage.

3. Future scenarios predict that through the assignment of an IP address to about any device you can think of we will create a huge peer-to-peer network, where human interaction will be only a small portion of all connections; “the internet of things”. The current internet technology is not designed for this.

These changes raise some fundamental questions and these are described in more details the paper. Most noticeable the authors bring our attention to the fundamental nature of the internet as it is built at the moment, a decentralized web of processing and access points.

“On the long run, the question is raised whether the Internet will durably follow a concentration trend driving it towards a more centralized network or if we will see a new wave of decentralization.”

This whitepaper dives into the technology of the internet and shows where we are facing potential bottlenecks.