Twitch.tv - Mindless entertainment or a glimpse of the future?

A few years ago the online humour site The Onion did an absolutely brilliant parody of online gaming called “World of World of Warcraft” in which they presented a game in which the player takes the character of an online gamer playing “World of Warcraft”, at the time, the biggest multiplayer game. (You can watch the parody here at http://www.theonion.com/video/warcraft-sequel-lets-gamers-play-a-character-playi,14240/). In a case of life imitating art imitating life imitating art, Twitch (or Twitch.tv) is a live streaming video platform featuring playthroughs of video games by users with webcams of the player and ad hoc communities following the games, a sort of “League of League of Legends” if you like. 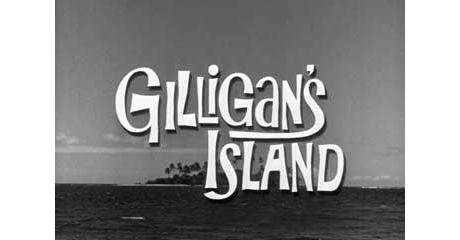 I have to admit when I first saw my son watching Twitch I couldn’t help thinking it was absolutely silly and mindless. Watch others play games? Who would ever want to do that? Well, thinking about it, a few football fans actually consider watching others play games to be quite fun and engaging. And people in my generation will remember standing around in malls and video arcades watching others play pinball or Space Invaders. So video games as spectator sport is not a totally new idea. Twitch now has about 1 million broadcasters (gamers who broadcast their games for others to watch) and 45 million active users with an average viewing time of an hour and a half. Per day!! That’s more viewing than HBO! Amazon has just bought Twitch for $970M.

People have always wanted activities requiring limited neural involvement: pinball, Gilligan’s Island (older North Americans will remember spending endless wasted hours watching reruns of this braindead 60’s sitcom), sports on TV, Big Brother, solitaire, soap operas, … So from that point of view maybe Twitch is nothing new. But a number of things perhaps put Twitch (or some similar service in the future) in a position that could eventually really be a game changer.

What happens when we combine these together? Passive viewers plus gaming as narrative plus Twitch (or any other Twitch-like platform) - could we be looking at a new way of creating and watching content? Crowdsourced content adaptation – using gaming technology to create versions of the latest narrative! And through crowdsourcing and recommendations the best versions are selected…

It’s a fact that many people already watch some movies repeatedly. Of today’s 20 year olds how many have watched Lord of the Rings 10 or even 20 times? Imagine if every time you watched it were different. Does Gandalf appear to save the day at the battle of Helm’s Deep? At the end who wins when Frodo and Gollum fight inside Mount Doom? Is it not more engaging to not know what will happen?

So maybe for now Twitch is Gilligan’s Island for 2014. But might it also not be a glimpse of how many of us will choose and consume narrative content in the future? Amazon’s $970M investment just could end up being the steal of the century!