The times they are a changing

About nine months ago, while giving a presentation on the impact consumer technology is having, and will continue to have, on the workplace, I observed the phenomena of toddlers trying to change channels on TVs by swiping the screen. 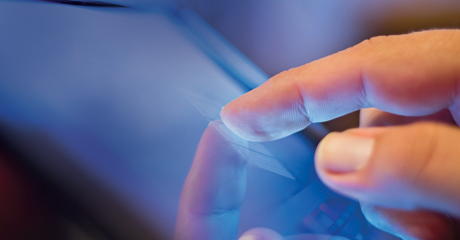 Why do they do this? Because their point of reference is an iPad and three year olds already know how an iPad works.

I made the bold (or so I thought) prediction that someday channel hopping would indeed be achieved by swiping because manufacturer’s like to give customers what they want - or at least what they think they want (stereoscopic 3D TV remains a solution looking for an audience in my view).

Imagine my sense of pride when I came across the spec of the latest 2013 model TV from a major manufacturer – in-built camera technology allowing gesture based control! Any self congratulation at such a feat of insight is however tempered by the fact that a bunch of three year olds are well ahead of me in the predicting the future game, so I’ll not be challenging Nostradamus quite yet.

The real point is this. Gen Y (born after 1980) has long been predicted to be the digitally native generation who will transform traditional communication and media methods (TV, newspaper, phone) to the new wave of social media and smart phone apps, simply through the scale of their adoption. However, the world is now moving so quickly, they will be surpassed not by their children (“Hey dad, email is for 20th century losers”), but by their siblings (“Hey brother, you still using that?“).

Time was that Hotmail and MSN was the way my own children communicated with their friends. Now they are developing arthritic thumbs using the amazingly successful BBM which has created a consumer outlet for the historically business-oriented Blackberry.

Change is accelerating at an ever faster pace. From the advent of the colour TV to video recorders was about fifteen years. The DVD followed in about ten. Then came Blueray HD in five and 3D TV in just three.

We cannot expect this to slow, and it’s not just confined to consumer electronics. Those who can remember Friends Reunited, Second Life and MySpace will appreciate that the on-going dominance of Facebook, LinkedIn and Twitter is by no means guaranteed.

So if you don’t want to get left behind, you need to be ready to move with the times, in the words of the great Bob Dylan, “For the times they are a-changin'”

About Guy Lidbetter
View all posts by Guy Lidbetter
Chief Technology Officer, Infrastructure & Data Management. Atos Fellow and member of the Scientific Community
With over 30 years of experience in the IT services industry, as CTO for Atos Infrastructure & Data Management, Guy is responsible for setting Technical and Innovation Strategy across the IT infrastructure stack in both cloud and non-cloud delivery models. He is also responsible for senior level relationships with technology leaders of strategic partners. Previously, he has held numerous technical and management positions in Sema Group, SchlumbergerSema and Atos Origin. In 2017 Guy was appointed an Atos Fellow and is also a founder member of the Atos Scientific Community, most recently sitting on the Editorial Board for the latest Ascent magazine, “Imagining our Quantum Future’. He has a passion for sport, particularly Chelsea Football Club, baseball’s Atlanta Braves, rugby union and cricket. He also walks, cycles and more leisurely pursuits include photography, reading, music and attempting cryptic crosswords with varying degrees of success.