In an article published this month, the economist Brian Arthur is presenting what he calls “The Second Economy” where digitization will bring the biggest chance since the Industrial Revolution.

Analyzing  the way we are doing our check-in at the airport today as compared to twenty years ago, Brian Arthur emphasizes that by letting a machine read our credit card or frequent flyer card, we are triggering all kind of transactions checking who we are , allocating a seat to balance the weight in the plane, preparing for possible connections, before printing our boarding pass. Twenty years ago , we were presenting a paper ticket to a human being who will check ID and allocate seats. We have shown in Journey 2014 that with context aware computing we shall see more of these multiple transactions taking place with geolocalization, social network, ….

Full-scale digitization, the substrate for the Second Economy, will not be possible without networks and computers operating in the cloud and  having the capability of  self-organizing, self-architecting and self healing ( they can repair by reconfiguring). 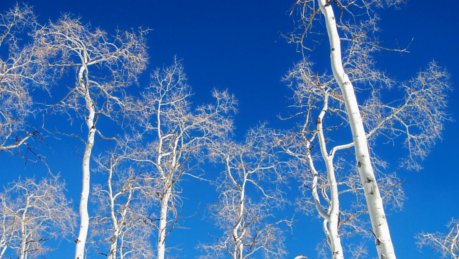 Our economist is then comparing this second economy to a forest of aspen trees :” for every acre in the forest there is about ten miles of roots underneath, all interconnected with one another, communicating with each other”Aspen rarely produces seed , therefore to propagate aspen you need to cut roots which you put in a box and they produce new trees within a year.(1)

The really interesting point comes with a very debated issue regarding labour productivity.Statistics show that labour productivity (output per hours worked) has increased 2.5 to 3% annually with a contribution of digitization estimated at 65 to 100% which will trigger a 2.4% increase of productivity in overall economy. Then comes the crunch point in the reasoning” if we hold the labor force constant, this means an output growth at this rate”. This calculation drives to the powerful conclusion: “By 2025 the second economy will be as large as the 1995 physical economy”(2)

With a background in economics, I felt very intrigued by this article and I started to dig into Brian Arthur’s past bibliography.

Currently an external professor at Santa Fe Institute and visiting researcher at PARC in Palo Alto,Brian Arthur is only disclosing the visible part of the iceberg in his recent article.

In the preface of his book” Increasing returns and path dependance in the Economy”Brian Arthur stated “ I became convinced that the key obstacle for economics in dealing with increasing returns was the indeterminacy introduced by the possibility of multiple equilibria.Missing was a means to determine how a particular solution might be arrived at.What was needed therefore was a method to handle the question of how one equilibrium,one solution, one structure, of the several possible came to be selected in an increasing returns problem.Selection should not be predetermined I believed ;in most problems it would happen naturally over time, often by historical accident”(4)

High Technology operates under increasing returns, and to the degree modern economics are shifting toward high tech, the different economics of increasing returns alters the character of competition,business culture ,and appropriate government policy in these economies.

The second economy proposed by Brian Arthur goes much deeper than any other geek credo; it forces us to realize that economics based upon diminishing returns which had hard time to analyze bubbles and crashes needs to be revisited in a world where actors  do not face well defined problems or use super-human rationality in making their decisions.And they react and re-react to the outcomes they together create. The second economy ,with the support of digitization , is capturing much accurately these situations and make our world much more efficient and resilient like the aspen forests where you can cut many roots without affecting the vitality of the trees.

(1)The physical economy is the forest you see while the miles of roots are the systems, the networks and computers operating transactions underground .As for aspen roots, the network and computers can re-architect and repair if they are cut at one point

(2)There are two possible situations: the one mentioned by B Arthur where digitization generates growth or the one where the same production can be obtained by less labor which will mean that digitization generates unemployment. Agriculture in the twentieth century has given an example of better productivity thanks to mechanization and a massive transfer of labor from agriculture to industry and commerce.

(3)If the law of diminishing return was applicable to digitization, it will mean that adding more digitization in the physical world which is not changing( more roots to the same forest of aspen), will have gradually less and less effect.

(4)This question of one or multiple equilibrium can be illustrated by the example of the bicycle wheel. If the wheel is free to move and is initially positioned manually, there are potentially two equilibria: one very stable when the valve is down at the vertical of the hub(if we try to move the wheel slightly it will come back to the equilibrium); the second one happens when the valve is above at the vertical of the hub, then a small move will destroy the equilibrium and bring the wheel back to the first equilibrium. Economists prefer the valve down because it is easier to analyze !

Special thankyou to Elaine Faith for sharing such a great photograph

Digital dilemmas and cyber security
Swarm Intelligence as an innovation booster and enabler for change management
Scaling up Robotic Process Automation (RPA) adoption - part 3
Predictions: 8 Ways that humans and technology will intersect in 2020