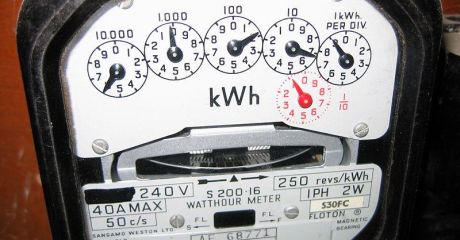 The last couple of weeks I've seen energy efficiency of a web browser mentioned right in the main headlines of why to switch. Is this a new direction in Green IT, or simply just a marketing headline to try and catch users?

The first article I saw concerned Internet Explorer 10, and how it used less energy in doing everyday tasks in comparison to Chrome and Firefox. My first thoughts were how do you accurately measure this in a real world example and be sure it is the browser making the difference? It so happens there is a lot of detail behind how the stats were gathered, which can be found in the full report.

The figures in the example are quite small in reality, a couple of watts here or there in normal use . For a single user, it is certainly not going to make huge savings on their monthly electricity bill by switching. However, in large scale, then those few watts here and there add up of course, and suddenly kWh start to disappear off electricity bills for a large organisation. Indeed, Microsoft used their own calculation on the biggest difference in power consumption to come up with some very large savings of 120 million kWh (or 120 gWh perhaps) for the USA over the course of the year by switching (but did imply sitting there watching flash video non-stop it seems, maybe a waste in the first place)!

Equally, a few watts here and there on a mobile device such as a tablet or smartphone is far more significant than a full PC system as well and could mean that extra 10 minutes of battery life.

Is coding for energy efficiency in itself something new? Efficiency of programming was something that was taught to me and many others back at university, but never from the aspect of saving energy. To me, this is just a new way to gauge and measure efficient programming and achieving the desired outcome in the most efficient way. And is it a one off fad of one browser? Nope! In the recent Apple WWDC Keynote, the new version of Safari made similar claims of using less energy.

I feel this is something we are going to start seeing a lot more of now for both consumer and enterprise software, and although for the average home user it may not mean much saving a few watts (after all, they probably weren't thinking that firing up the web browser might consume over 20W of power in the first place, or going to YouTube might double that), to large organisations this could realise genuine cost savings in power usage (while at the same time flying in the face of BYOD and having users make use of whichever system they like perhaps)! And on a global scale, every little watt helps!

About Adam Dolman
View all posts by Adam Dolman
Head of Public Cloud, Atos Global IDM ESO
Adam Dolman is currently the Head of Public Cloud for Atos Global IDM ESO, a member of the Atos Scientific Community, and an Atos Expert in the Cloud Domain. He is responsible for the engineering and development of the Atos’ public cloud offerings, including Azure, Azure Stack and AWS, as part of the Atos Orchestrated Hybrid Cloud. Previously he worked for Atos Major Events for 7 years, most recently as the Technical Operations Manager for the Rio 2016 Olympic Games for Atos Major Events, responsible for the architecture, security, deployment and management of the Rio 2016 Games infrastructure. He has worked at Atos since 2005, with particular interests in networking, cloud and digital transformation. Adam holds an MA in Computer Science from the University of Oxford and numerous professional qualifications.