Technology got us into this mess

There is now almost universal agreement that the rise in CO2 in the atmosphere has resulted in the warming of our planet between 0.5 and 1.0°C since the beginning of the industrial revolution, largely driven by human activity. Recent evidence suggests that even a 1.5OC rise will significantly impact our daily lives. And that is especially true for people in less developed nations. 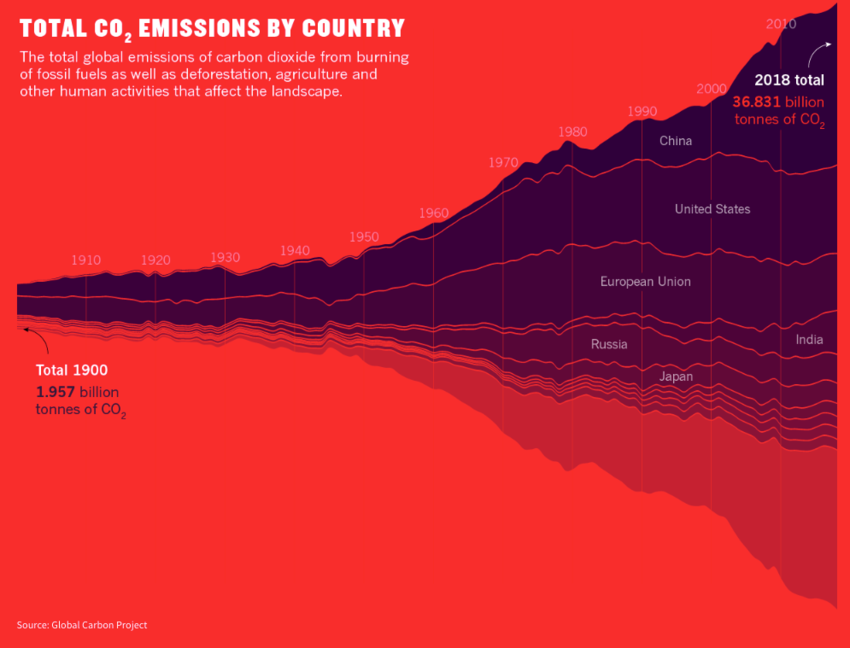 To some it seems clear: “Technology got us into this mess and therefore technology cannot possibly be the answer”.

But here is where the views of scientists, environmentalists, politicians and citizen activists begin to diverge. Some see “Big Engineering” as the only way in which humanity can make a difference on a global scale. Some of the early ideas in support of this argument were quite fanciful, or at best, a little risky: “Should we construct giant mirrors in space?” ; “Should we paint the northern steppes white?”; “Should we fire great clouds of dust into the atmosphere to reflect sunlight”.

Even at the time most of these ideas seemed speculative and hindsight has done little to change this.

So a growing environmental movement has taken to the streets, demanding that politicians act now to reduce CO2 emissions, and leading by example by making changes such as adopting a plant based diet and reducing travel. But watching protestors and commuters fight on the platform of the London Docklands Light Railway, one of the least damaging forms of transport, demonstrates that seeking to change behavior by compulsion will only encourage a backlash.

It seems to me that there is a third, and less confrontational way, which is that we embrace every idea that any environmentally conscious party comes up with. For example, if we adopt smaller scale and more practical engineering solutions to use technology for the benefit of the environment, while using data and artificial intelligence (AI) to drive the optimization of the systems and processes that we currently have, at the same time as incentivizing and rewarding sustainable behaviors, then we stand a chance of making a difference. 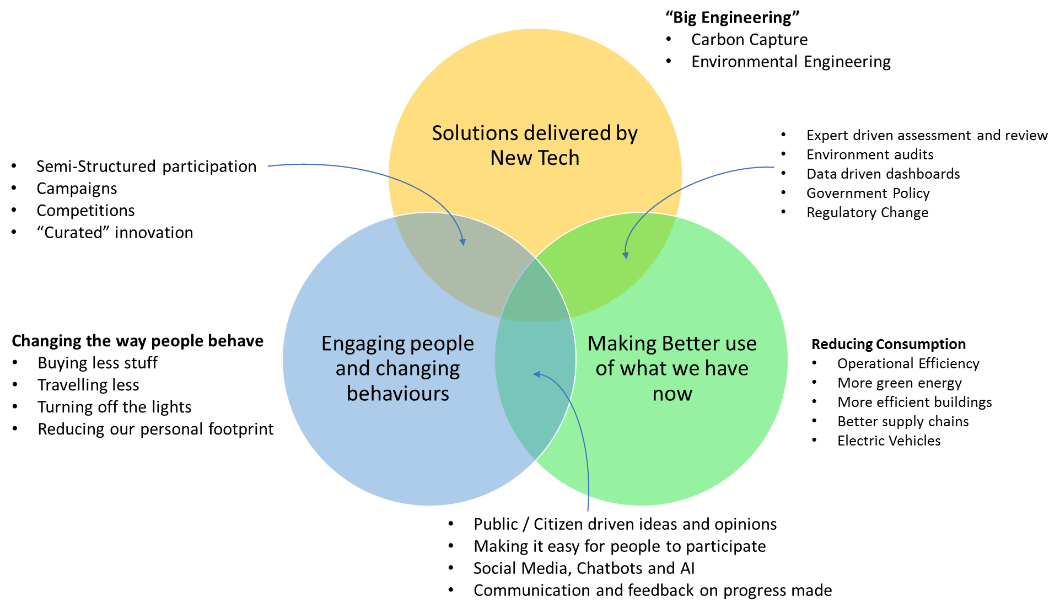 This seems like a completely logical viewpoint to me, so imagine my surprise when I sat down with 5 colleagues from the Atos Scientific Community to argue this point and they all had a different way of looking at things:

Sustainability is not enough

Firstly, sustainability is not enough.

We need to go beyond sustainability toward regenerative economic models (Bill Reed (2007) Shifting from ‘sustainability’ to regeneration), where citizens, organizations and companies are rewarded for fixing centuries of environmental degradation, rather than just halting the catastrophe while balancing on the edge of the event horizon.

Take to the streets; plant a forest; campaign against plastics; or start a small company to deliver environmentally friendly products and services. Just do your thing, and it will all add up. One staunch advocate of this approach highlighted a project in Indonesia where environmental restoration has resulted in regeneration of the forest, restoration of the ecosystem and jobs and wealth for the local community. The argument is that we, in a technology company, can help such initiatives by creating platforms to share data, replicate sustainable environmental models and make it easier to scale.

In our research on the topics within the Atos Scientific Community, we argue that we must think beyond sustainability in order to develop business models that thrive on regeneration rather than consumption of resources. We point to the good which can emerge from the democratic decision-making process, but how this may simply be too slow to help humanity to achieve the changes it needs before global temperatures rise beyond unsustainable limits. And we contrast this with autocratic decision making, which is swifter and more decisive, but often leads to the worst of outcomes. The fires that raged across the Amazon basin in the summer of 2019 bear witness to this.

Technology alone is not the answer

Large organizations need to report to their stakeholders with environmental KPIs that are as hard hitting as the top and bottom lines of their balance sheets. But what those KPIs are will emerge and evolve as the scientific evidence, political landscape and social pressures develop.

Failure is not inevitable

It is easy to be pessimistic about the current climate emergency. Action is necessary and the time is now. But to misquote Gene Kranz, failure is not inevitable.

As individuals we all need to act now in order to support activities leading toward regenerative design, to engage in sustainable initiatives and to increase awareness of the problem. But it will take our collective and collaborative efforts to:

We hope to drive that evolution, by setting out our different but complementary viewpoints in a series of blogs that reflect the diversity of thinking not just in our small team but also in wider society. Stay tuned!

About Andy Wallace
View all posts by Andy Wallace
Head of Client Innovation, UK&I and member of the Scientific Community
Andy Wallace is Head of Client Innovation with Atos UK&I and a member of the Atos Scientific Community. With over 30 years experience in the IT Industry, Andy has delivered large and complex projects for customers in Financial Services, Energy and Public Sector clients in Europe, the Americas and Asia Pacific. Andy has specific interests in AI, Blockchain, The Internet of Things and all things to do with Digital Business Transformation.