Security : Wonderland through the looking glass ?

The Atos Scientific Community envisages in its Journey 2014 white paper a world which will count 1.5 billion smartphone users, close to a billion of “friends and followers” in social networks having access to many hundred thousands of applications making their life ,both at work and private , simpler and more fun.

In the mean time several reports from Security experts (RSA [1], SYMANTEC [2] and the cover story of Business week in July ”Cyberwar has begun” are alerting us that if 2010 has been “Annus Horribilis” for Security , subsequent years could be much worse provoking greater damages than thieving credit card numbers as in the case of Sony this spring or stealing more than 24,000 files in the Pentagon in July .In the summer 2010, an Internet worm called Stuxnet was found in the control systems of power plants and factories all over the world. Its target: a uranium enrichment facility in Natanz,Iran. Stuxnet was designed to target programmable logic controllers and among them only the controllers processing uranium-enrichment centrifuges; Stuxnet disables alarm systems and begin to speed up centrifuges motors damaging the machinery. Last year researchers from Rutgers University hacked into the computer of a car traveling at 60 mph via a wireless system used to monitor tire pressure. As well ,recently, at the Blackhat conference in Las Vegas, researchers have demonstrated that by sending messages they were able on Subaru Outback to disconnect alarm, unlock the doors and start the engine. 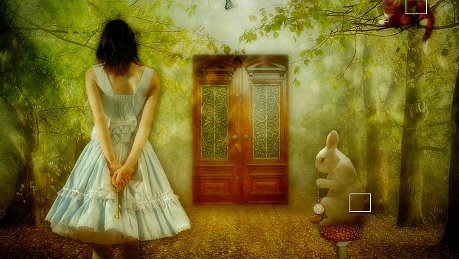 Symantec and RSA experts are describing a world were:

During 2011 the download of mobile applications will more than double to 25 billion; the proliferation of malware targeted at these applications and devices is inevitable. Smartphone users are engaging in mobile banking and payments, checking e-mail, accessing online accounts and storing personal data on their phones. Smartphone will be more and more used to drive heating and air-conditioning at home becoming the de-facto dashboard of domotics. Danger for private use

The consumerization of IT has laid the bridge for the crossover of consumer technology into the enterprise through the use of personal smartphones to conduct work related activities. Danger for Enterprises.

At a time when many car manufacturers are introducing entertainment features in their cars some likeFord have chosen Microsoft Windows while other as Saab have selected Google Android as the operating system for the head unit which controls all the electronics of the car.This Head Unit is connected to the programmable logic controller monitoring the vital parts of the car. Danger for the car driver.

If Journey 2014 is the wonderland, what we see behind the mirror is a world where simplicity of the user experience cannot go without control and where the goodies of smart mobility and the cloud need to be safeguarded by a new approach of security affecting the entire system. Yet another global challenge which cannot be sorted out only by antivirus but will require an understanding of the overall architecture of IT systems enabling the infrastructures needed in 2014 and beyond.

[2]Internet Security Predictions for 2011: The Shape of Things to Come

Many thanks to pareeeica for sharing such a great photo

Digital dilemmas and cyber security
Swarm Intelligence as an innovation booster and enabler for change management
Scaling up Robotic Process Automation (RPA) adoption - part 3
The data sanctuary: opening the cloud to the most sensitive digital assets