We are undoubtedly in the era of huge security alert fatigue. This has been caused by the vast number of false positive alerts generated every day by countless security products that organizations put in place to improve their defences. Because of this, it’s hard to justify resources who would essentially focus on… Producing even more alerts instead of reacting to the current ones. Those who do, however, want to invest in a second layer of more fine-grained detection often steer their organization towards proactive threat hunting activities. The ultimate goal of the threat hunting process is to find malicious actors already present in the environment who have the intent, capability and opportunity to cause harm.

“Manual” threat hunting is also available to supplement and utilize existing security monitoring mechanisms and not to replace them. Two good use cases are:

The common issue organizations face with security incident detection and response is that they focus on the Interruption step (the numerous alerts) without assuring mature Monitoring processes (to ensure all alerts are necessary). Large sums of money are invested in tooling but there is no resource allocated to operating and using these tools beyond responding to automatically detected events – real or unreal. This results in a fractional understanding of any given threat’s real scope and leaves organizations chasing their own tails when it comes to fighting off Advanced Persistent Threats. 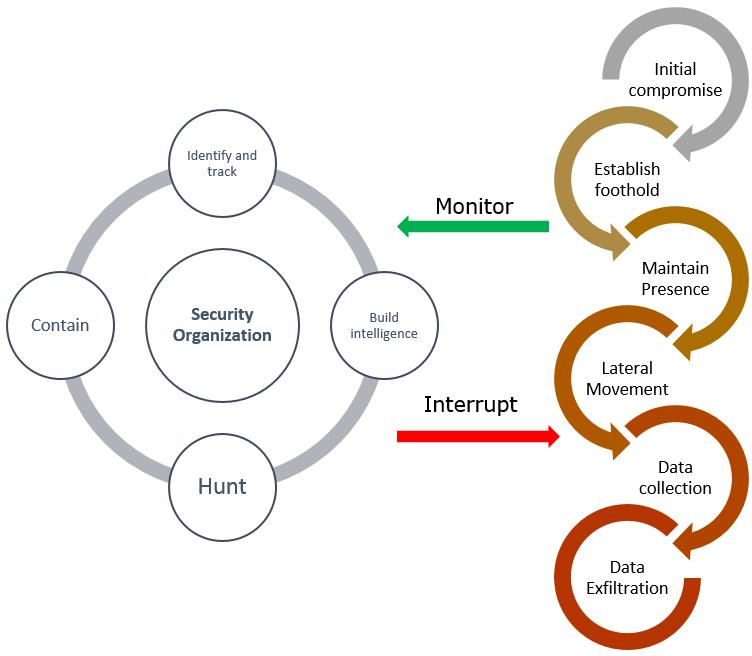 Figure 1: Visibility is crucial to early response. It allows an organization to transform from a reactive to hunting approach. The later in the kill chain the bigger the risk, costs and effort.

Threat hunting is not a recent invention. It’s been there in various forms for many years. What is new is the mindset and approach that needs to be applied. Setting up a successful threat hunting process requires:

A possible simplified process could look like the following:

In my next article, I’ll take you through some practical use cases of proactive Threat Hunting.

About Lukasz Olszewski
View all posts by Lukasz Olszewski
Global Head of CERT – BDS at Atos and member of the Scientific Community
Lukasz Olszewski is a cybersecurity expert and leader with over 13 years of experience. He is a Distinguished Expert in Atos Experts Community. He currently leads Atos Computer Emergency Response Team (CERT) delivering digital forensics, security incident response, malware analysis, threat hunting, red teaming and intelligence services. Lukasz has a degree in Computer Science and has previously worked as System Administrator working mostly with Linux and Unix systems. After that he joined the Royal Bank of Scotland as Technology Risk Analyst working on information security risk assessments. In 2013 Lukasz joined Atos as a Security Engineer and later took the role of the Lead Architect in the area of SIEM and security monitoring, detection and analysis. Lukasz has responded to many severe security incidents, taken part in many global security projects, major R&D initiatives, multiple proof of concepts and authored many security service processes. Lukasz is also Certified Information Systems Professional (CISSP), GIAC Certified Incident Handler (GCIH), GIAC Certified Forensic Analyst (GCFA) and Certified Ethical Hacker (CEHv8).