“Watch this space: People versus Apps; who is winning?”

During the Web 2.0 conference in October 2011, Steve Ballmer went on stage and expressed to everybody his opinion on the Microsoft Windows Phone user experience in comparison to Android and iPhones: 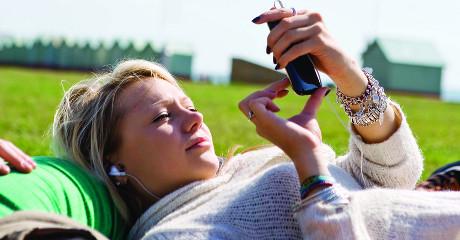 So, what is his point? Well, it helps to understand why Microsoft is putting out this message, if you look at the phenomenal growth of the usage of social networking on mobile devices. This growth is now the topic of an interesting whitepaper by the Atos Scientific Community. The authors’ paper, titled “Mobile Social Networking” found that:

“The mobile Internet is ramping up faster than the desktop Internet ever did. Some studies in the US show that users prefer to use their mobile device to socialize, rather than a PC.”

I think it explains the message of Mr. Ballmer; he wants to provide a people oriented smartphone. Not an apps oriented smartphone. He probably knows he cannot beat Android and iPhone on the amount of apps they can offer, but he can win if he rides the wave of people using their phone as a social media device. According to the whitepaper, I cannot blame him:

“Mobile devices provide the real-time benefits of enriched user experience and allow individuals to involve their social networks instantly for a purpose. Social networking is one of the fastest growing content categories among mobile subscribers in US and EU.”

But, as always, this is not all. Of course Ballmer is not forgetting that it is apps that ‘make the world go round’ and he needs developers to help him with that. The paper (we will let you know when it gets published) also acknowledges that and explains how the mobile social usage is different and as such opens a whole new opportunity for software developers and content providers:

“Improvements in social networking and mobile application platforms, led by Facebook and Apple ecosystems (with exponential growth), are fundamentally changing the way people communicate with each other and the way developers, advertisers, and vendors can reach consumers. An increasing number of consumers are expected to use mobile devices to obtain real-time information about prices and products, and nearby locations or people (location-based services). There are number of use cases we can see to enrich user experience in the public sector, telecom, media and entertainment, finance, industry & retail, transport, energy & utilities and health.”

It is not only developers and content providers that need to look at this usage model, whereby smart phones take a pivotal role in the social network connected world:

"Key challenges of mobile social networking such as privacy control, identity, mobile security threats, and diverse platforms and OS versions would lead to further opportunities for the platform providers or application providers. Business models could include per transaction, sponsorship, advertisements, one-time payments, payment per subscription or even per click, per visit or per use."

I have made the point in other blogs that I have written. Companies need to understand that there is a natural need by people, organizations and enterprises to make connections, to integrate activities and to analyze complex data structures. Simple apps cannot do that by itself, there is a need for connectivity, not just from phone to phone, but rather from person to person. If your phone allows you to do that – than that integrated experience, rather than just having a million apps, will enrich both your professional and private life.