On the road to Rio: Delivering the Olympic Games to a connected crowd 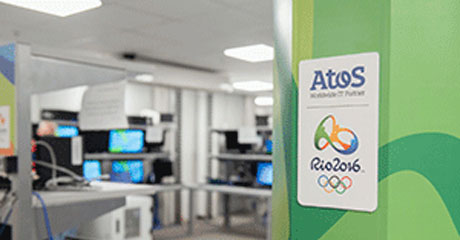 It’s just weeks to go until the Rio 2016 Olympic Games; with a glittering opening ceremony to be held at the Maracanã Stadium in Rio de Janeiro. But before the athletes step up to compete and the spectators take their seats, final preparations are underway behind the scenes to ensure that the most digitally-enabled sporting event in history can be delivered to billions of viewers around the world. Here, I take a look at how the technology underpinning the Olympic Games has transformed over the last few years and what lessons can be learned for this summer in Rio.

From managing over 300,000 accreditations for the complete Olympic family attending, to supporting 37 competition venues with complete IT infrastructure, Atos is Worldwide IT Partner for the Olympic Games and its’ on-site workforce will work tirelessly hard at Rio 2016 to ensure that every moment of the sporting events can be captured. Atos will also responsible for processing more competition data than ever before for the 22,000 media in attendance and keeping the 10,000+ athletes up to date with competition schedules, results, transport and weather forecasts.

Since London 2012 however, viewing habits have shifted considerably, with traditional TV viewing continuing to decline. Today, people are increasingly connected and want a second-screen; for instance, by watching Bolt attempt to retain his title on their smartphones or Sanya Richards-Ross trying to add a final gold medal to her collection; while simultaneously reacting to the results on social media.

They’re also producing content on their smart devices and becoming broadcasters in their own right, recording their own reactions to historic moments at the sporting events. Broadcasting events straight to people’s pockets and enabling them to ‘multiplatform’ – watch, like, comment and discuss on multiple screens – marks a big step change in how the Olympics are experienced and supported by Atos and if that wasn’t enough, some of its’ critical IT services will be delivered using the Rio 2016 partners cloudfor the first time.

Taking the Olympic Games to the cloud

Hosting key applications, such as the volunteer portal and the accreditation system, using the Rio 2016 partners cloud ensures access to information on the move can be granted in near real-time. Rio 2016 will also be the first Summer Games where the TOC in the host city will be supported remotely by a new permanent Technical Technology Operations Centre (TTOC) in Spain.

The role of the TTOC for Rio 2016 and going forward is to centralise support of the critical Games IT systems from one location. A team of 150 business technologists will provide support from Spain. This will be the operating model for future Games, which will be delivered fully in SaaS and over the cloud to improve efficiencies and reduce costs.

Looking ahead to Tokyo 2020

Of course, technology is becoming easier and simpler to use, enabling all of us to enjoy the experience of the Olympics without thinking about the technology behind them. Back in 1980, family members crowded round TV sets to capture the moment that Daley Thompson took gold in the decathlon. In 2012, thousands of spectators recorded their own moments in history on their smartphones as Mo Farah romped home to victory in both the 5,000m and 10,000m, before putting his hands on his head and making the Mo-bot instantly recognisable to billions around the world. How will technology impact our experience of the Games in future? Could we soon be watching through virtual reality headsets from wherever we may be, viewing the athletes as if we are physically there, cheering them on? Time will only tell, but what is certain is that technology is transforming the experience of witnessing historic sporting moments, and I am incredibly proud to be part of the team that will be delivering every minute of the action this summer.

About Kulveer Ranger
View all posts by Kulveer Ranger
SVP, Head of Strategy, Marketing, Comms & Public Affairs, Northern Europe & APAC
Kulveer Ranger is SVP, Head of Strategy, Marketing, Comms & Public Affairs, Northern Europe & APAC at Atos, a global leader in digital transformation with 111,000 employees in 71 countries. He has been a leading figure in the development and communication of innovate, technology led services and has a unique track record of working in politics, the public and private sectors over the last twenty years. This includes having worked on the delivery of the London Oystercard, and four years working for the Mayor of London, Boris Johnson, leading the transport and environment briefs and establishing the Digital London Office. His time at City Hall included preparing London for the 2012 Olympics, making the case for Crossrail, leading on ground breaking initiatives such as the cycle hire scheme and Tech City. He has sat on various boards including Transport for London, Bristol 2015 European Green Capital City and is currently on the board of techUK. Kulveer is an international public speaker, a regular broadcaster for TV and radio and a passionate Tottenham Hotspur FC fan.