Just as the world of telecommunications gets used to the idea of Network Function Virtualization (NFV), the scene shifts again with the emergence of Network Function Cloudification (NFC). Is this revolution or evolution? Is it about rejecting NFV in favor of NFC, or is it just about taking the next step?

Most telcos have accepted the critical importance of virtualizing network functions as a means of increasing agility and reducing operational cost. But approaches to NFV are not static – and already we are seeing cloudification make a serious impact.

In this blog, I will take a closer look at Network Function Cloudification and ask how it is influencing the continuing and rapid evolution of NFV.

Virtualization delivers clear benefits to both IT and telecommunications companies. By creating universal (Hyper-)Converged Infrastructure platforms, telcos can make network functions platform-agnostic. Not only does this boost agility for current operations: it also creates the foundation for future innovation in Virtualized Network Functions.

But there is a downside to classic virtualization: each Virtual Machine (VM) has its own guest OS copy. This adds infrastructure cost and reduces VM agility.

Containerization addresses this challenge. Application components, referred to as microservices, are bundled with individualized portions of their execution environment. These “containers” can then easily be moved between physical hosts.

Containerization and the “Cloud-Native Applications” paradigm characterize next-generation VNFs, which use stateless microservices. SDN (SW-Defined Networking) needs to be deployed to control network flows, automatically adapting as microservices are relocated from one compute node to another. 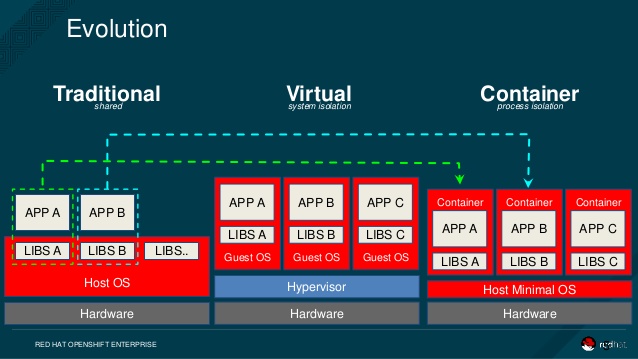 Self-Healing and Distribution for VNF

Decoupling functions from the underlying hardware was a major step forwards. It made it possible to migrate from one physical host to another and provided fault tolerance. Even so, traditional VNFs are monolithic, encapsulated in Virtual Machines, and often remained associated with specific physical network adapters.

NFC changes that. When functions are designed as a network of stateless microservices, the agility gains are impressive. Resilience can move from the infrastructure to the application level, utilizing microservice redundancies, meaning that self-healing also becomes the norm.

With NFC, the microservices within a given VNF need to be orchestrated. Fortunately, the tools we need to do this are stable and mature. Red Hat OpenShift and VMware PKS (Pivotal Container Service) are two examples known in the industry.

Orchestration is what differentiates NFC from traditional NFV: It is orchestration that turns pure virtualization into cloudification.

Security is equally important, and centers around secure SDN concepts.

From NFV to NFC

Can today’s NFV infrastructures be used for a new cloud-native approach?

They can be – and must be – but with some careful considerations.

Traditional NFV infrastructures are generally built around private-cloud models. NFC invites the utilization of orchestrated hybrid cloud. Telco reticence towards hybrid cloud is lessening, however, and a capable cloud integrator can mitigate its issues and leverage its benefits.

In my opinion, Network Function Cloudification is a natural and positive progression for NFV. It is a natural evolution, and one that needs to be part of every telco NFV strategy.