MYSPACE Chronicle of a death announced

How is it possible that the most popular social network in the US from June 2006 to April 2008 (then overtaken by Facebook) has declined so rapidly? At its peak, when News Corp attempted to merge with Yahoo! in 2007, Myspace was valued at $12 billion.

Many reasons have been given for the decline. Especially in a well documented article by Bloomberg Business Week that addresses the short term pressure of the parent company on profitability and the $ 900 million three years  search facility and advertisement contract signed by Google in August 2006. This contract was conditional to the social network facing a series of escalating traffic numbers. The pressure to drive revenue was so strong that Myspace was adding new features as instant messaging, video player, virtual karaoke machine, self serve advertising platform, profile editing tools, Myspace book list, etc. Lack of proper product marketing, a poor execution and low quality resulted in a slow and buggy platform. 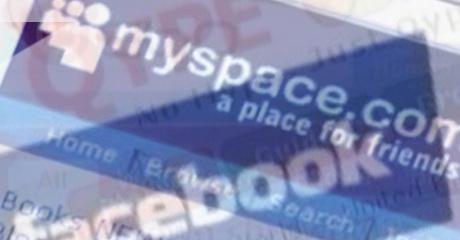 A first explanation could be that day to day business pressure has forced Myspace into what Prof Clay Christensen called the "innovator dilemma": only use sustaining innovation and not disruptive ideas. MySpace was stuck into a "portal strategy" of building an audience around entertainment and music and therefore it pushes features already proven for Portal. Meanwhile Facebook and Twitter were engaged in disruptive innovations to really improve the user experience in social networking.Social Networks are more oriented towards being communication platforms than content portal.User interfaces shall provide incentives for communicating and put conversations at the center of the user experience.

But more fundamentally, MySpace was based upon a flawed architecture which was unable to cope with a growth of 300,000 users per day.

Myspace architecture was using on ColdFusion a simple and easy to use programming language based upon Mark Up.Time to market was so critical at the beginning of Myspace and therefore the founders De Wolfe and Anderson decided to use it despite its known limitations. By 2005 it was becoming obvious that Coldfusion cannot deliver and while developpers were recommending to switch to open-source-software , management was not willing to delay growth by one or two years and decided to switch to .Net and SQL server in an architecture which culminated at peak load at 4,500 web servers and 500 data base servers running SQL servers.

About that time, Google was working on their project Big Table while Facebook was developping Cassandra to build a scalable and distributed architecture enabling hundreds million of usres to share gigantic data base. It translated into a strong move into the No SQL (Not Only SQL phenomenon) which is today culminating with the adoption of Cassandra by Facebook, Twitter and Diggs.

The story is not like a fairy tale because after Myspace was confronted to the choice or rearchitecturing their platform, Facebook was stuck with a specialized database machine which was costing them $ 1 million a month but they decided to move to Cassandra and Google was using 40 000 SQL server boxes before moving to BIG TABLE.

The decline of Myspace is the first sign of a massive trend called BIG DATA which will have technological consequences as the adoption of NoSql databases but also a completely new approach of applications not anymore derived from web services but operating in the distributed and virtual world of cloud. Facebook, Twitter and now Google have done a first move in term of architecture when adopting NoSQL databases; but let us anticipate that this not the end of the journey with the BIG DATA challenges becoming a headache for day to day operation.